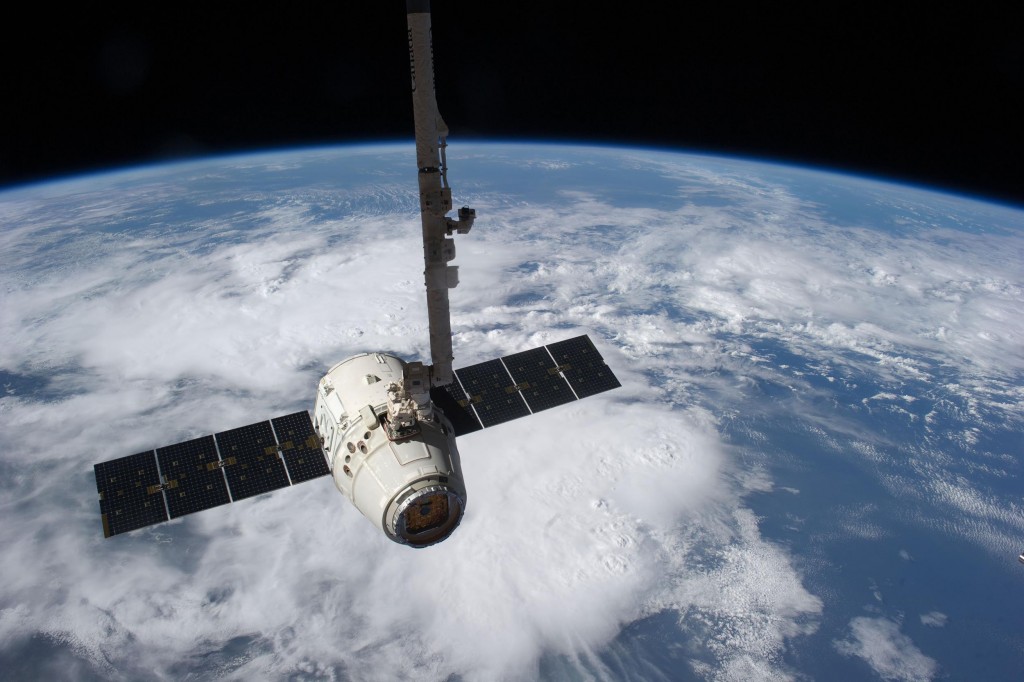 Turkmenistan – SpaceX is all set to launch its first communications satellite to orbit for the Central Asian nation of Turkmenistan. The Asian nation has signed a contract with the European satellite builder, Thales Alenia Space. The Falcon 9 rocket is to take off from the Launch Complex 40 of the Cape Canaveral Air Force Station with a 90-minute opening window.

The weather conditions are decent with a 60% chance of thick clouds that can cause disturbances in the launch. 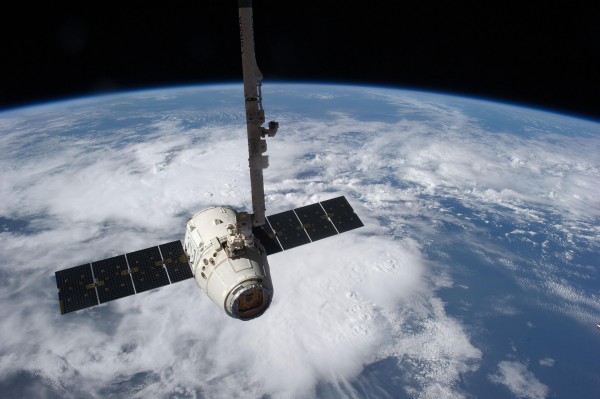 The spacecraft will be heading to the orbit that lies more than 22,000 miles from the equator. Hence, it will not be possible for the Falcon 9 booster to make an experimental sea landing, as the fuel will be exhausted completely.

The earlier SpaceX missions saw the Falcon 9 making a sea landing. The test firing of the nine main engines of the booster was completed successfully prior to the launch.

The satellite weighs 9,000 pounds and is built by France’s Thales Alenia Space. It will provide Internet, TV, phone and data services for commercial customers as well as for national use.

Turkmenistan is a part of the former Soviet Republic and is located on the borders of the Caspian Sea in between Kazakhstan and Iran. The country has a population of more than 5 million and at present is renting capacity from the satellites of Russia. The launch of SpaceX satellite will make Turkmenistan independent in the telecommunications system and allow it to operate the satellite independently for the first time.

It will ensure secure and enhanced telecommunication for the residents of Turkmenistan. The Thales Alenia Space people trained the engineers from Turkmenistan in basic space technology and activities so that they would be able to operate the satellite properly.

The contract also included building the satellite and launching it successfully. According to Guy Burle, the project manager of this mission, a new ground control station has been built near Ashgabat to carry out the satellite operations.

For the second time, SpaceX will try to launch a satellite aboard its Falcon 9 rocket from Cape Canaveral Air Force Station in Florida. The launch is scheduled for 05:10 p.m. CST on Sunday. SpaceX’s launch and land it back platform is being tested to dramatically reduce launch costs by reusing rockets.

The Deep Space Climate Observatory, or DSCOVR, is a space weather satellite which will orbit between the sun and Earth. The spacecraft will observe and measure the flow of the solar wind toward our planet. The solar storms could severely impact power grids, communication infrastructure and other communication satellites in orbit. Scientists estimate that even a 15-minute warning signal could help power companies take necessary actions to limit damage.

DSCOVR is a partnership between the U.S. Air Force, NOAA and NASA. The idea of spacecraft emerged during a late-night brainstorm back in 1998, and former Vice President Al Gore said in a recent interview that it has been a long wait. However, the mission was postponed amid the political backfires. Congressional Republicans counted the idea as “self-aggrandizing” waste of money and dubbed the mission as “GoreSat.” 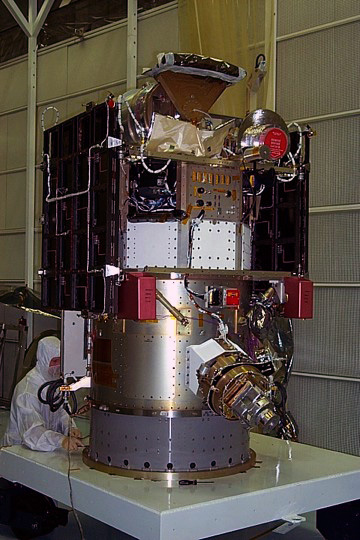 DSCOVR will be placed on Lagrangian Point 1, about a million miles away between the Earth and sun. The gravitational pull of the two cancel out at L1 would allow the spacecraft to easily maintain its position. NASA has already placed several of its sun-watching craft there. 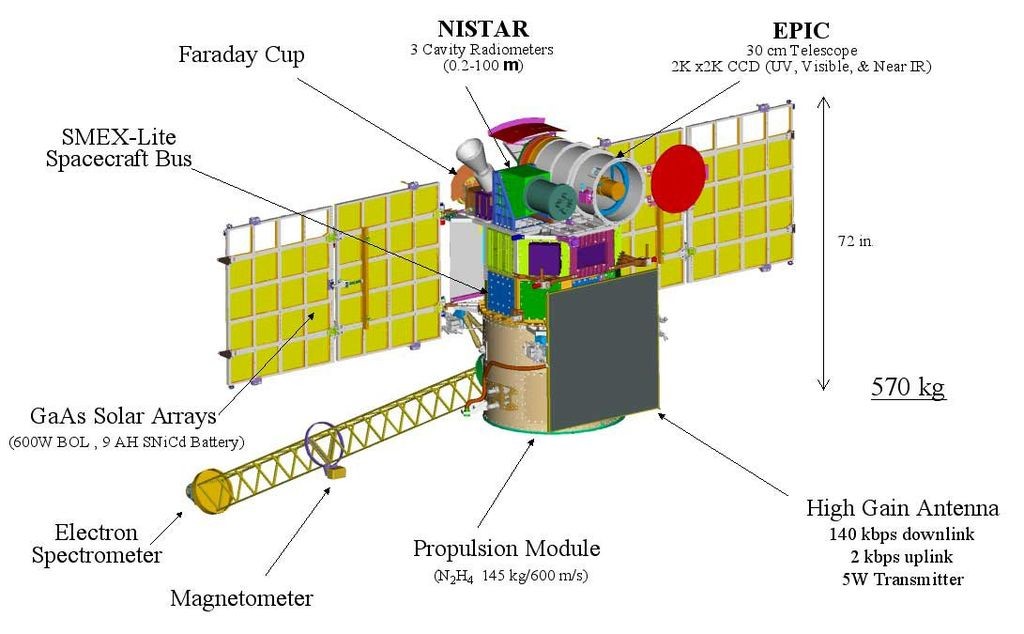 As far the Falcon 9 is concerned, it did not succeed in its first attempt and also caused a minor damage to the platform due to explosion. Elon Musk, SpaceX Chief Executive, said that the spaceship ran out of hydraulic fluid and the agency would load more of that this time.

However, another SpaceX engineer Hans Koenigsmann told that the extra fuel will be required for the primary mission as well given the distance of the station.

CAPE CANAVERAL, Florida: SpaceX will try for the second time to land a booster on a platform floating off the Florida coast when its weather satellite takes off on Sunday for a destination 1 mile off from the earth surface. A 22-story high launcher is set to dominate the skyline when the Falcon Rocket takes off the coast of Florida with the sole purpose of landing a fridge sized satellite 30 minutes after liftoff.

The rocket will be sent out at a super high speed to avoid any chances of it being caught in the earth’s gravity. The satellite is to be stationed permanently at the L1 liberation point one mile away from the earth surface.

On the first attempt on January 10, the booster landed on a platform at sea with little success, with the unfavorable results attributed to a lack of insufficient hydraulic fluid. SpaceX has confirmed the addition of more hydraulic fluid for Sunday’s sunset landing testing. The booster, however, is expected to fly back faster than the last time on this particular course, with the researchers remaining less certain of success on the reusability of the booster.

SpaceX vice president, Hans Koenigsmann, has admitted to fixing the prior problem but on the other hand admitted that the aggressive landing might pose its own challenges. The executive has however stated that the test is secondary and completely different from the primary mission of launching NASA’s Deep Space Climate Observatory, as well as the National Oceanic and Atmospheric Administration or NOAA

Conceived by former vice president Al Gore, Deep Space Climate Observatory is a revitalized version of the Earth observing spacecraft developed in the 1990’s. Named Triana program, it was suspended and put in storage in 2001 although it was tested and refurbished 7 years later for $340 million in a mission named DSCOVR.

The spacecraft is to be used to observe the earth from an ideal vantage point with scientists expecting to get clear pictures of the earth surface from the sky although its main purpose is for observing outbursts from the sun that may disrupt communications.