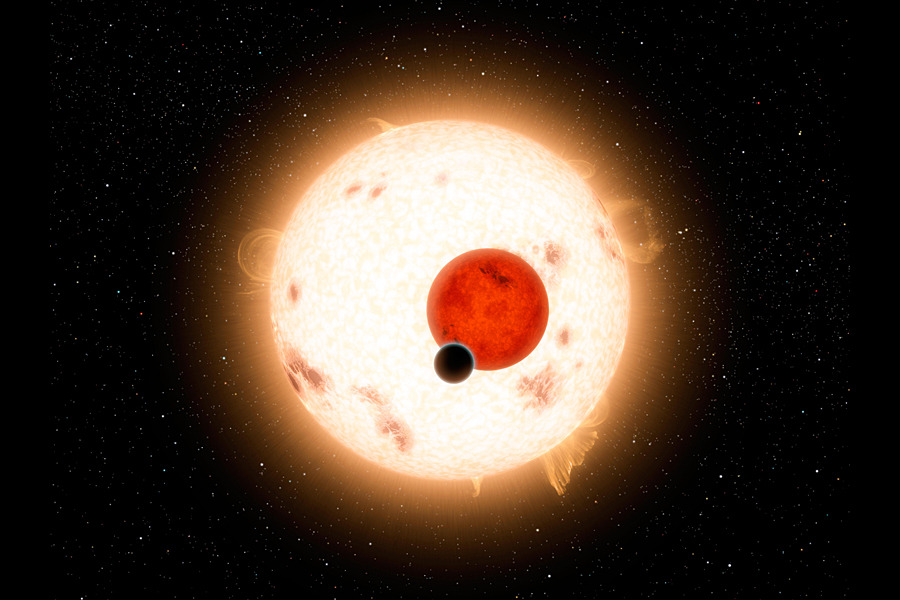 The binary sunset depicted in the Star Wars franchise as Luke Skywalker’s home is no longer just the stuff of science fiction. Scientists claim the existence of planets that are orbiting more than one star is a huge possibility. Though such a planet would be too extreme to sustain any type of life forms. Scientists also explain that such planets are most likely be in gaseous form.

Numerous discoveries of binary system planets have indeed been made, all of which are in gaseous form. However, astrophysicists did go ahead to claim that it is only a matter of time before they find such binary systems with rocky planets.

Astrologists suggest that most star system has two stars. The phenomenon which was coined the Tatooine Sunset has raised a lot of imagination. Is the existence of habitable planets with binary sunsets or the multi-star effect be a reality? This is a longshot of interstellar proportions especially considering the fact that scientists have yet to find habitable normal single star systems.

Scientists have however claimed that the depiction from the George Lucas film is not entirely impossible. It may be hard to find and rare but intergalactic space is unfathomably large. Equating the large spectrum with a probabilistic scale suggests that the phenomenon is very much possible and probably does exist. Regardless, the chances of scientists finding such habitable planets are very slim. They will need a stroke of luck to find such planets.

NASA has developed a new deep space telescope. The telescope is planned to be launched in 2017 and will be a welcome addition in the planetary search project. The project is also expected to give astrologists a deeper peek into space and facilitate new discoveries through.

The binary star effect and the Tatooine sunset have proved that beyond our solar system is a series of exquisite and spectacular phenomenon which have sparked the imagination of many. Hopefully the new telescope will reveal many more such interesting discoveries. 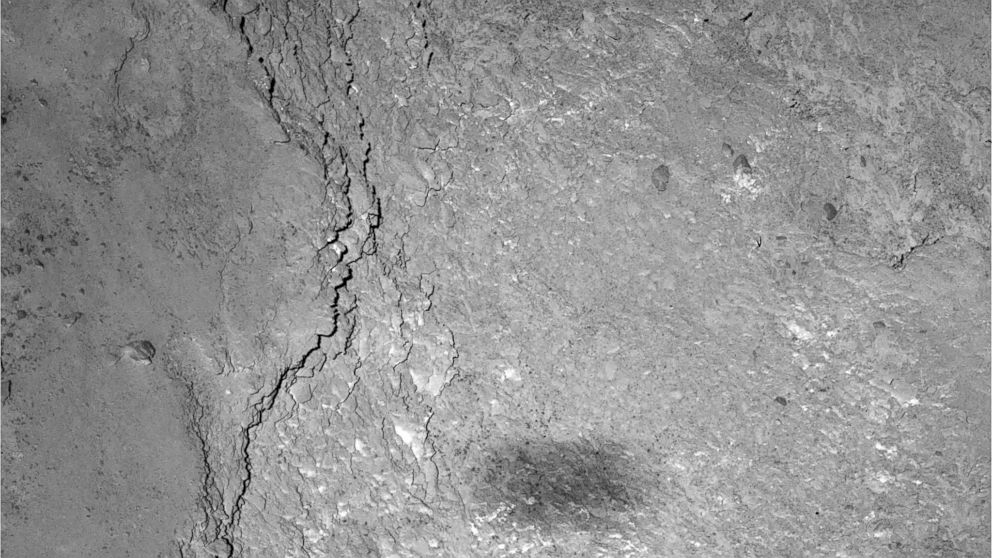 The European Space Agency (ESA) on Tuesday published a set of images sent down by the Rosetta satellite on Comet 67/Churyumov–Gerasimenko, revealing a shadow of its own selfie taken with its own OSIRIS camera system.

According to scientists, this is the first ever selfie taken by the Rosetta using its own camera technology on the face of a comet – and it shows a picture taken on a very fast-moving celestial object.

And technically speaking, the captured image is not actually a selfie per se, but an image detailing the Rosetta’s shadow cast on the Comet 67P during its flyby last month.

ESA explained that the photos were shot when Rosetta was about 6 kilometers away from the surface of the comet; and in spite of the escape velocity speed of 3 feet per second recorded by the comet, the OSIRIS was still able to capture the photo with just 11 cm-per-pixel resolution.

ESA offered an explanation that the shadow image shot by the Rosetta on Comet 67/P was wide, rectangular, and sort of fuzzy because the position of the sun when the image was taken added the effects.

“The Sun appeared as a disc about 0.2 degrees across (about 2.3 times smaller than on Earth), resulting in a fuzzy “penumbra” around the spacecraft’s shadow on the surface,” ESA said in a statement.

This means that the distance of the Rosetta from the comet aided the penumbra effect that added about 20 meters to the Rosetta’s real dimensions.

It is expected that Comet 67P will reach perihelion or its closest flyby from the Sun on August 13 of the date on Earth. 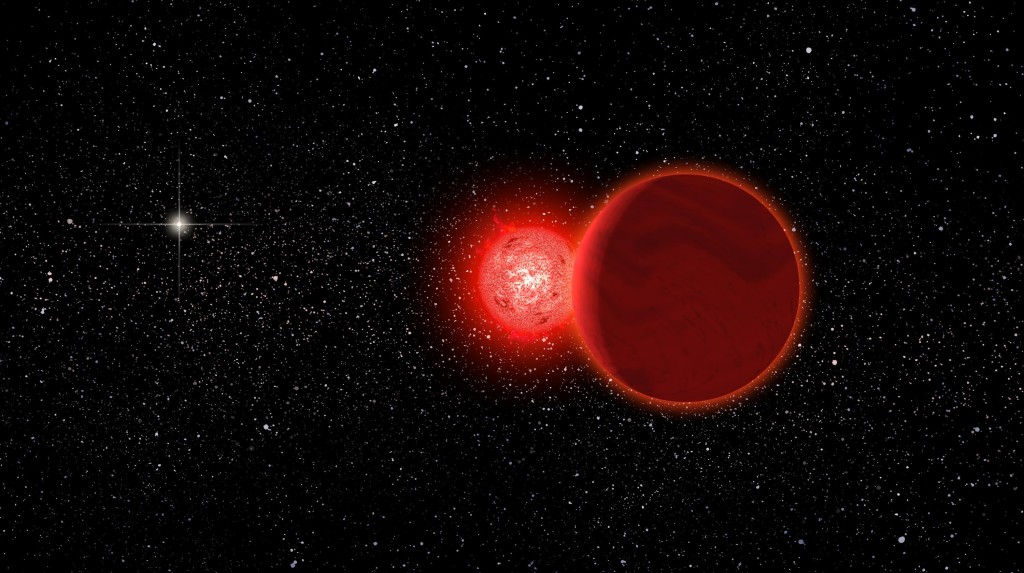 NASA’s Solar Dynamics Observatory (SDO) allows the space organization to keep a vigil on the sun at any given time. It recently released a spectacular image of the sun that shows a dark line across the lower half of the celestial body. The line represents a filament of solar material floating above the surface of the sun. The SDO also released a spectacular video to mark the five glorious years since the first launch of the spacecraft.

The image was captured on February 10 by the SDO, and it shows a dark line snaking the sun. The SDO is designed to represent colder material as dark and the other hotter and dark materials as light. Scientists explained that the dark line observed in the picture is a cluster of cold material that has been floating in the sun’s atmosphere, or the corona.

Scientists refer the dark line or the cold material as solar filament. The filament is expected to as much as 533,000 miles in length, which is longer than 67 Earths arranged in a row. These filaments can be observed floating sedately for several days before they disappear. On other occasions, they erupt into the space to either get completely lost or release solar material as showers. Sometimes, they become a coronal mass ejection or a moving cloud.

The SDO was launched on February 11 in 2010 with an aim of understanding the causes of solar variability and its influence on the Earth. With the long-term measurements provided by the spacecraft, scientists seek to obtain detailed information about the sun’s interior, its magnetic field, and its corona. 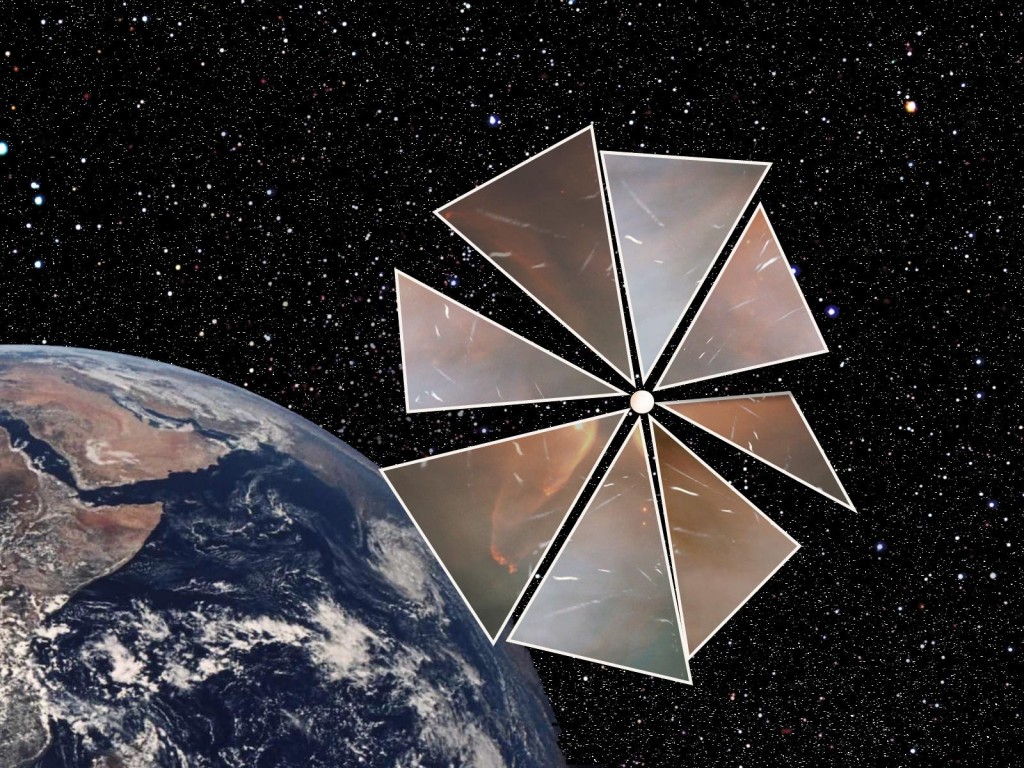 A non-profit that promotes space exploration – The Planetary Society – has proposed to launch two small crafts to solar-sail around May this year, tagging along with other small satellites on an Atlas 5 rocket. This is demonstrating that sailing on the wings of sunlight is possible through technology developed by space scientists.

“We strongly believe this could be a big part of the future of interplanetary missions,” said William Sanford Nye, the chief executive of the organization. “It will ultimately eventually take a lot of missions a long, long way.”

Since photons or light particles have been found to reflect from bright surfaces, they appear to provide speed and momentum to space objects as established by equations of electromagnetism published by the physicist James Clerk Maxwell in the 1860s. Jules Verne appears to have been the first to realize that this force could be harnessed for space travel through his 1865 novel From the Earth to the Moon.

LightSail is about the size of a loaf of bread – 4 inches by 4 inches by 1 foot. In orbit, the spacecraft will undergo a month of testing before it extends four 13-foot-long booms and unfurls four triangular pieces of Mylar, less than 1/5,000th of an inch thick, to form a square sail that spans almost 345 square feet.

A second LightSail is planned for launch next year by being lofted by the Falcon Heavy rocket from SpaceX at an altitude of 450 miles; this particular flight will be the first to show controlled solar sailing while in orbit around Earth.

“The idea ultimately is to be able to tack like a sailboat on each orbit,” said Mr. Nye. Both LightSails were built for less than $4 million, he added. 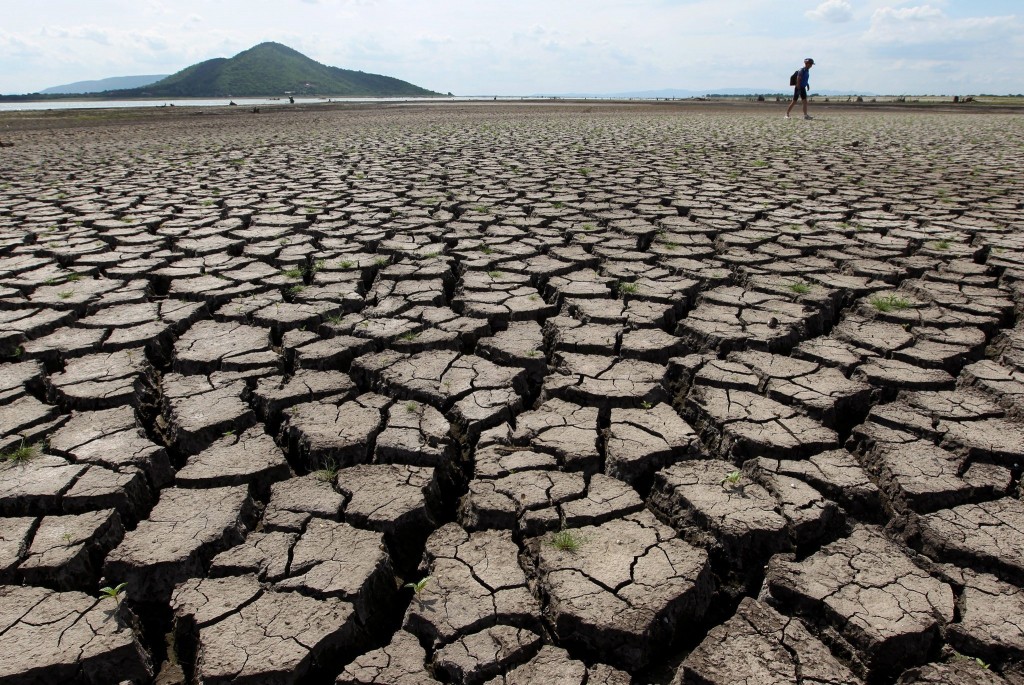 The year 2014 has now been confirmed as the world’s warmest ever on record. Not only this, nine out of ten hottest years on the planet have occurred since 2000. Proof enough of global warming. Weather records have now been maintained since 1880. The high temperatures recorded over the last year broke the warmest year records of 2005 and 2014.

It was found to be 58.24 degrees Fahrenheit, 1.24degF (0.69degC) above the 20th century average and the highest ever on Earth since 1880. According to their calculations, nine of the 10 warmest years now on record have occurred during the 21st century.

Earlier this month, the Japan Meteorological Agency had made similar announcements after checking up their records, maintained since 1891.

“Humans are literally cooking their planet,” said Jonathan Overpeck, an atmospheric scientist from the University of Arizona.

“It just shows that human emissions of greenhouse gases, mainly from the burning of fossil fuels, are taking over the Earth’s climate system,” Overpeck said. “The data are clear: The Earth is warming, and humans are causing the bulk of this warming.”

As if that wasn’t enough, the prediction is that the coming years are going to be even warmer.

“A record warm year, especially absent (the warming effects of) a strong El Niño, is mostly a reminder that the long-term trend for Earth’s temperature is up, up, up. The dice are definitely loaded in favor of progressively hotter years, and the odds will increase as long as atmospheric greenhouse gases increase,” said Michael Oppenheimer, a Princeton University climate scientist.

We are seeing the world around us getting hotter day by day in the form of sea levels rising faster than ever before, the polar ice caps melting, more frequent flooding along coasts and more frequent and intense heat waves. Inspite of that, we have been doing little to stem the rate at which we are pushing our world to the brink of disaster.