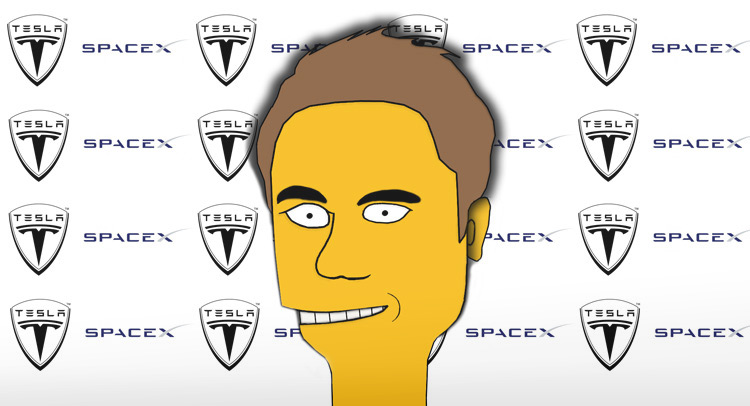 Head of Tesla Motors Inc and a space research agency SpaceX, Elon Musk, was on The Simpsons show titled “The Musk Who Fell To Earth.” Fox aired the show on Sunday evening at 08:00 PM ET and also released an official preview images and synopsis to promote the show.

The billionaire entrepreneur and inventor Musk lend his own voice on The Simpsons show, where he played a fiction character, which by chance lands in the Simpsons’ backyard in Springfield and meets Homer.

In the 12th episode of The Simpsons 26th season, Musk is shown to partner with C. Montgomery Burns to modernize and electrify Springfield. Together, they venture to create a community with a working hyperloop and self-driving cars. Burns thinks it will make him a fortune, however, modernization comes at a cost.

Al Jean, the head writer and show runner for The Simpsons, said eventually Burns is going to lose $50 million a quarter, which Musk still thinks to be fine.

However, financial pressure results in massive layoffs at the power plant, triggering the “Great ePression.” After devastating Springfield’s economy, Musk is shown to take off in his rocket ship. However, he successfully builds a solar-powered birdhouse called Lisa, which Jean counted as a happy ending.

While the show was just a work of fiction, Musk is consistently attempting to accomplish such vivid ideas with his team of dedicated engineers and technocrats. He is also reported to be working on a hyperloop, a cross-continental system that could facilitate speedy travel. Musk is also working on solar system and creating livable cities on other planets with his space exploration program.

The show would certainly help people know about inventor side of Elon Musk and his commitment to drive innovation within automobile and space domains by significant research spending within Tesla and SpaceX.