National Aeronautics and Space Administration (NASA), the American space agency’s Pluto task would take its real time execution in a short span of time. The mission would accomplish its first victory as the agency’s New Horizons probe will capture the first set of significant images as it hits the icy world on Sunday. According to the mission team, at a distance of approximately 200 million km, the planet would be hardly noticeable in the images, but the view is indeed very useful for its fly-by on July 14.

According to Mark Holdridge from the Johns Hopkins University’s Applied Physics Laboratory (JHUAPL), Baltimore commented on the operation. He said that, optical routing is one of those practices wherein we Pluto will be imaged repeatedly on approach to determine the position of the spacecraft relative to the planet. He added, any initial correction would be made in March.

As New Horizons arrives at Pluto it would be as fast as 14km/s. Mission planners want the exact timings nailed to within 100 seconds. New Horizons will know then where and when to point the instruments.

Pluto Demoted But Not Diminished

The Pluto mission is estimated to be the costliest planetary exploration ever. For people who grew up with the base knowledge of “nine planets”, this would be the moment they get to complete the set. Robotic probes have been to all the other planets, even Uranus and Neptune. Pluto is the final one of the “classical nine” to receive a visit, which would definitely be a historic encounter in the solar sciences.

Pluto, an ice covered rock with the diameter of 2,300 km rock was demoted in 2006 to the status of mere “dwarf planet”, but scientists say that’s not the end that it should not dull our passion. The dwarfs are the most numerous planetary classes in our Solar System, and NASA’s New Horizons probe is one of the first opportunities to examine it closely. 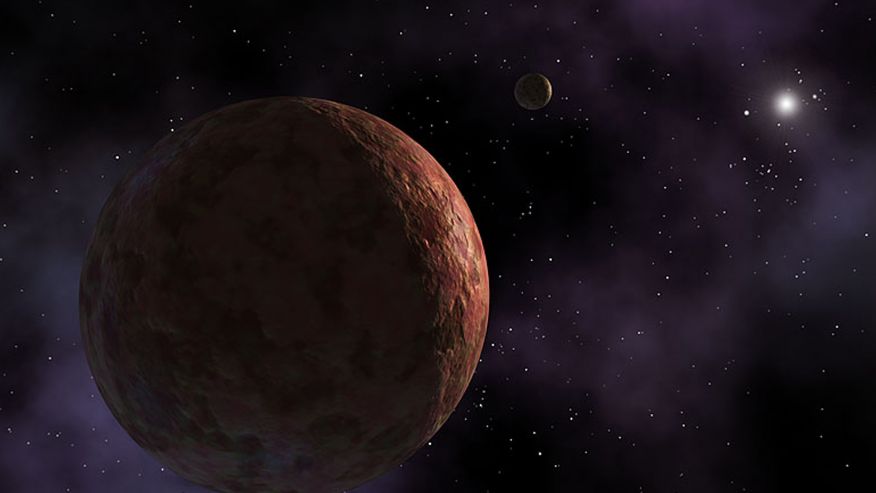 If the results of two latest studies from Spain and the UK are anything to go by, then two more planets may exist in our solar system and just starting to make their presence known.

Astronomers from the UK and Spain have theorized that two new planets exist beyond Pluto – which was recently demoted from the status of a planet – because this logic is the only way to explain the rationale affecting the behavior of objects in the nether regions of Neptune.

“We consider that the most probable explanation is that other unknown planets exist beyond Neptune and Pluto,” says an astronomer from Complutense University of Madrid.

Called extreme trans-Neptunian objects (ETNOs), these spatial objects ought to zip randomly around, but they rather zip around in an unusual symmetry that has baffled astronomers for some time.

It remains a theory and a matter of conjecture at this moment, but EarthSky raised two crucial points: “First, their proposal goes against the predictions of current models on the formation of the solar system, which state that there are no other planets moving in circular orbits beyond Neptune.” And second, researching just 13 sample objects for the study is simply insufficient to base a theory.

“If it is confirmed, our results may be truly revolutionary for astronomy,” says the Madrid astronomer.

Astronomers continue to conduct research into the ETNOs, and it is expected that the studies will be made known as soon as something worthy surfaces again.