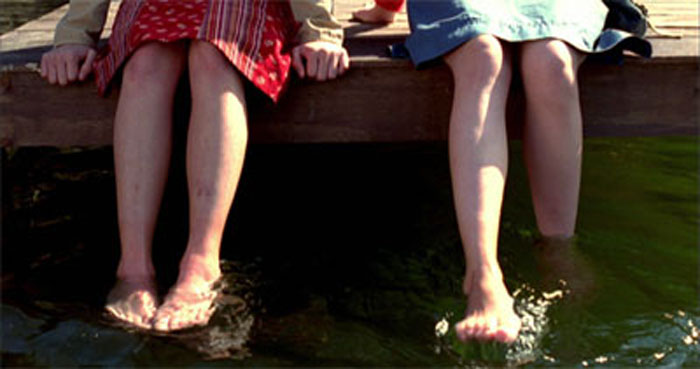 First born women are more likely to be overweight or obese as adults as compared to their younger sisters, suggests a new research the findings of which have been published in the Journal of Epidemiology & Community Health.

Researchers from New Zealand analyzed data collected from 13,406 pairs of sisters between 1991 and 2009. They carefully noted the women’s height and weight besides other information like family history, current health and lifestyle.

They saw that the first borns were more likely to have a lower birth weight than their younger sisters but had a higher BMI as adults besides being at a greater chance of being overweight or obese.

“This is the fourth study we have done to characterize the health risks of firstborn in four different populations,” said lead researcher Dr. Wayne Cutfield, a professor of pediatric endocrinology at the Liggins Institute of the University of Auckland in New Zealand.

“If you look at the health risks of those that are firstborn, you find that firstborns are more insulin resistant than later borns, which is a risk factor for diabetes, and they have higher blood pressure than later borns,” he said.

He suggests that the change in the blood supply to the placenta between the first and the subsequent pregnancies due to dilation of blood vessels could be one of the reasons.

Dr. Maria Peña, Director of the Center for Weight Management at Lenox Hill Hospital in New York City, says although this is one plausible theory, environmental factors are most likely also at play.

“In many cultures, moms are more meticulous with their firstborns,” she told CBS News. “With the very firstborn, everyone’s helping out and over-feeding the baby, making sure it’s at a ‘healthy weight.’ But with second children, parents know what to expect and they’re not so overprotective so maybe they feed them a little less.”

She however suggested looking into a broader cross section of population and including women of different races, socioeconomic backgrounds and education levels before jumping to conclusions. 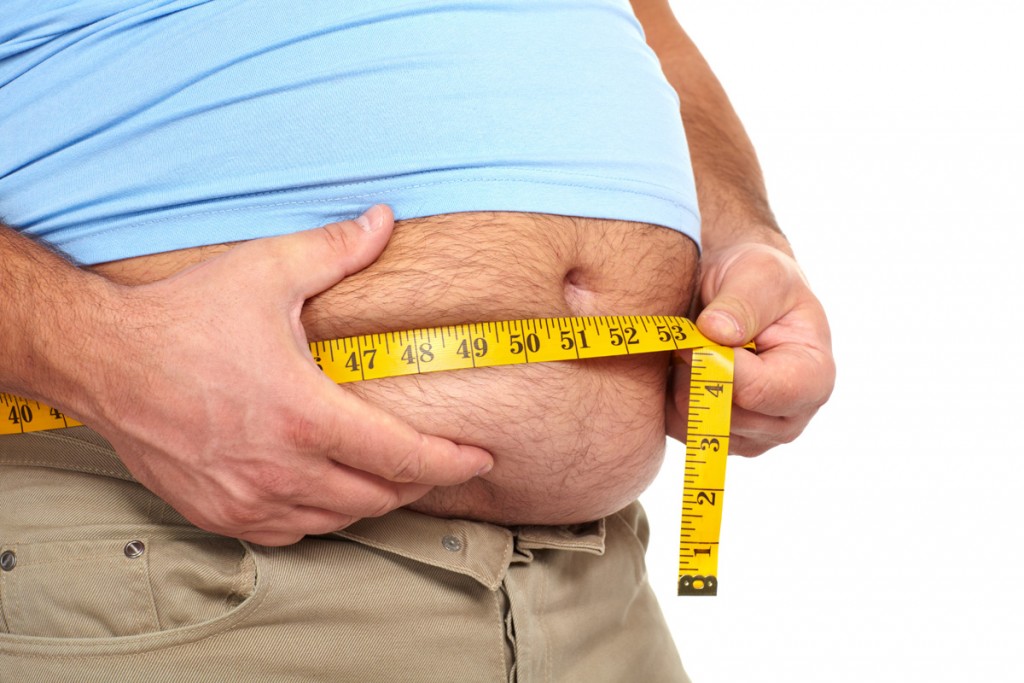 Obesity, if not checked, is all set to assume epidemic proportions in Ireland in the coming years. As per World Health Organization’s latest predictions, three out of every four men and two out of three women will be overweight by 2030. A leading health expert has warned that that the crisis could be as bad as HIV/AIDS in the 1980s and cholera in the 1800s.

These forecasts draw attention to the fact that the present efforts to promote healthier eating and initiatives directed towards curbing the intake of fat and sugar will have little effect as the rates of overweight and obesity all over Europe will continue to go higher. 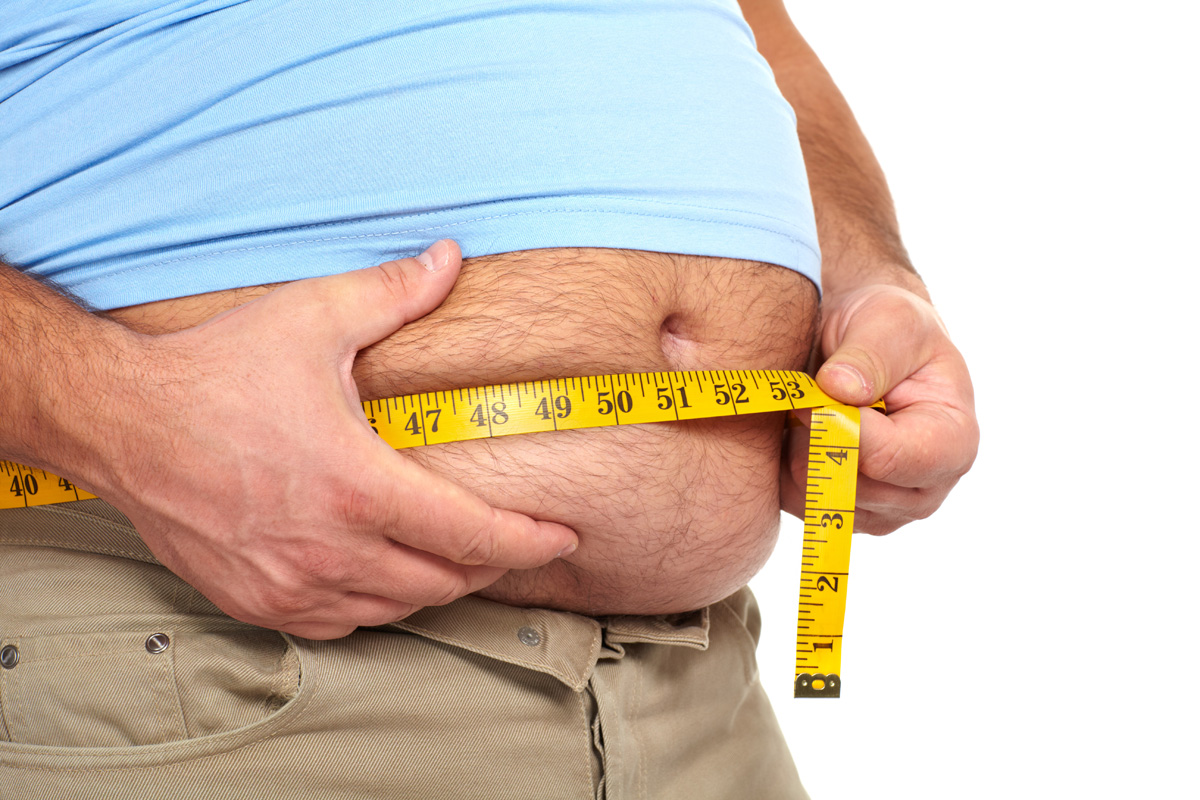 According to WHO predictions, “almost all adults” in some of Europe’s worst-performing countries, including Ireland, will be overweight within the coming 15 years. United Kingdom will remain in the top third of European nations, in terms of rates of overweight and obesity.

Anyone with a Body Mass Index (BMI) ranging between 25 and 29.9 is classified as overweight while those with a BMI greater than 30 are out under the obese category. As per the latest set of predictions, 74% men and 64% women will be overweight by 2030, as compared to 70% and 59% respectively in 2010. Ireland, however, will be hit harder as the rate of overweight men and women touch 89% and 85% respectively. Out of these, 36% men and 30% women will be obese.

“We’re on course to be the fattest country inEurope in by 2030. We must pay attention and we must take action,” said Professor Donal O’Shea, head of weight management services at St Colmcille’s and at St Vincent’s Hospital and co-chair of the Royal College of Physicians of Ireland Policy Group on Obesity.

“We have an environment where kids leave school for lunch and they go to a garage forecourt and they literally walk down an aisle of high fat, high salt, high sugar foods to buy a chicken fillet roll or breakfast roll that contains their total daily calorie requirements and we know it’s harming.

These predictions, warns Prof O’Shea, require immediate attention to make sure that Ireland does not become the fattest country in Europe in the coming 15 years. 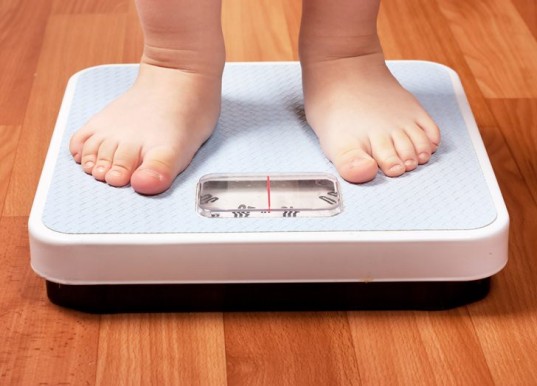 The findings of a new study have now established a link between childhood obesity and television time among kindergartners and first-graders. Kids spending an hour or more in front of their television sets were found to be 52% more likely to be overweight than their peers who spent lesser time in front of their TVs. Those spending at least an hour in fron of the TV were also 72% more likely to be obese.

According to the US Centers for Disease Control and Prevention (CDC), the incidence of childhood obesity, which is now considered to be a nationwide epidemic, has more than doubled in children and quadrupled in adolescents in the past 30 years.

Anyone with a Body Mass Index (BMI) between 25 and 29.0 is said to be overweight while those with a BMI greater than 30 are said to be obese. Going by this definition, more than 30% of children and adolescents were found to be obese or overweight in 2012.

Though earlier studies had warned that couch potatoes could put on a few pounds, this is the first instance of a more specific relationship between television time among first graders and childhood obesity.

The findings of this study were based on nationwide data collected from 12,650 children who started kindergarten in the fall of 2011 and were enrolled in a study run by the U.S. Department of Education. The height and weight of each of these respondents was studied to calculate their BMI and their parents were asked to elaborate about the time their kids spent in front of the telly every day.

The researchers found out that U.S. kindergartners watched an average of 3.3 hours of TV a day.

They also tried to find out if computer usage was linked with weight gain but found no correlation between obesity and more time in front of computers. 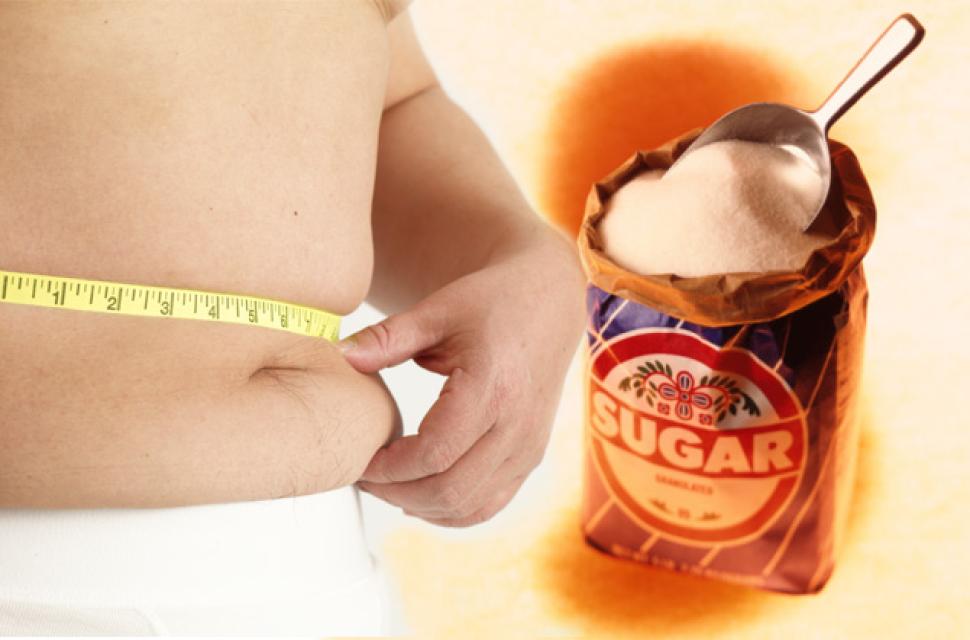 A scientific research reveals that there is no requirement of exercise to fight obesity. According to research, while exercise can keep you at bay from diabetes, dementia and heart disease, it can hardly reduce obesity. 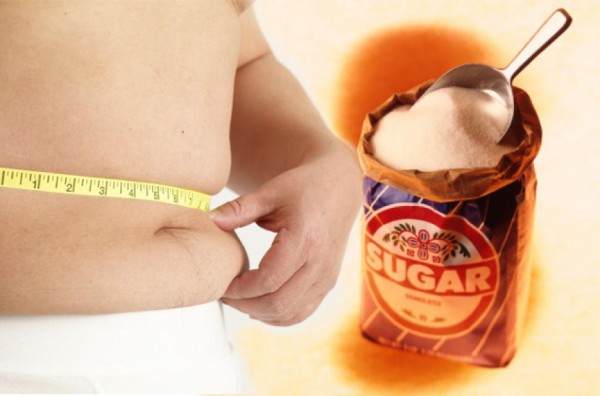 People suffering from this problem should focus on taking a low quantity of carbohydrates and sugar than extending number of hours in the gym.

A team of health experts including Dr Aseem Malhotra states that the health industry is trying to prove a baseless point concerning exercise’s role in busting obesity. Dr. Malhotra is a renowned cardiologist from London.

This team of doctors unveiled that at least 40% of those whose weight is in medium range face obesity and other problems associated with it. In a report, these researchers have written that daily exercise can reduce the risk of developing cardiovascular disease, cancer and cardiovascular disease by 30%.

But when it comes to obesity, the only thing that could lead to a beneficial health condition is reduced consumption of high caloric diets.

According to research, the diabetes elevates 11-fold for every 150 additional sugar calories that are consumed by humans as compared to fat calories. According to Dr. Malhotra, a person suffering from obesity doesn’t need to do a lot of exercises, consuming less carbohydrate and sugar will do the trick for him.

He is worried about the social messages that reads like people can eat as much as they want until they keep exercising. He states it ‘wrong’ and ‘unscientific,’ for no one can outrun the bad effects of unhealthy eating.

His point seems to make sense, yet National Institute of Health and Care Excellence has claimed it ‘idiotic.’ 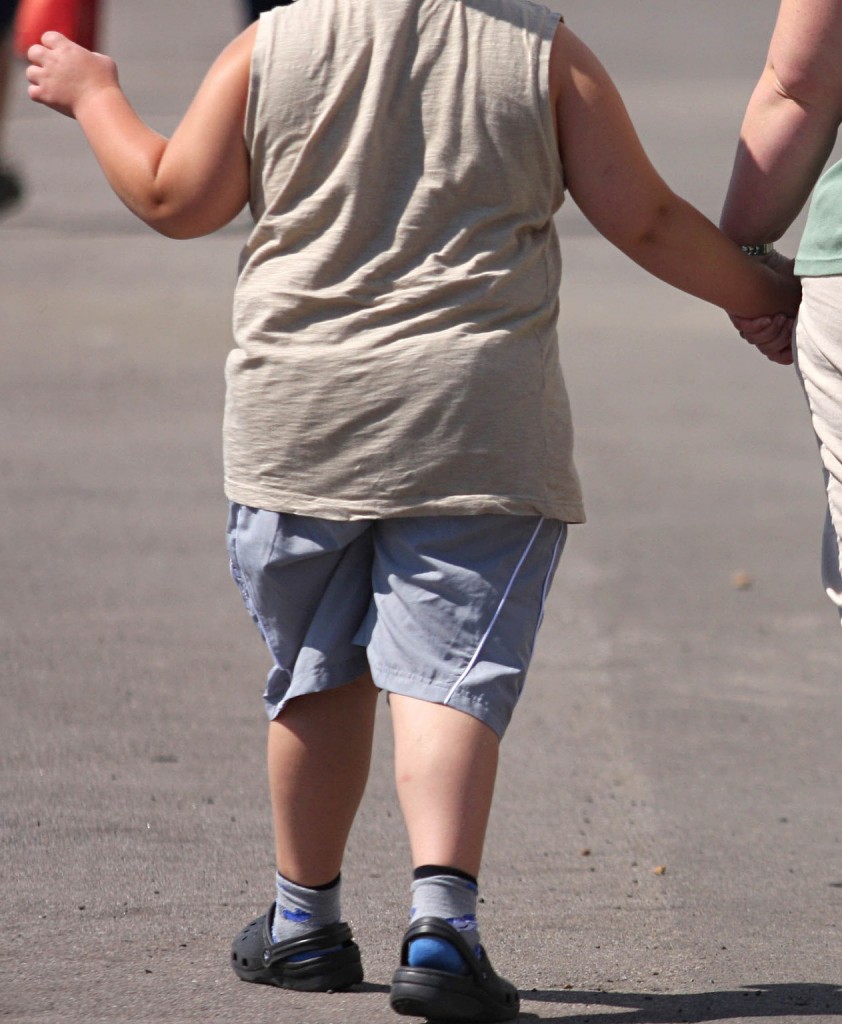 Research carried out an Indian origin scientist at the London School of Hygiene & Tropical Medicine suggests that parents of obese children suffer from weight blindness till the kids get to the very extreme levels of obesity. The findings of the study which were published in the British Journal of General Practice also pointed out that Black parents or those of south Asian origin or from deprived backgrounds were more likely to underestimate their child’s weight. More so in case of a male child.

“If parents are unable to accurately classify their own child’s weight, they may not be willing or motivated to enact the changes to the child’s environment that promote healthy weight maintenance,” said senior author Dr. Sanjay Kinra, reader in clinical epidemiology at the aforementioned institution. 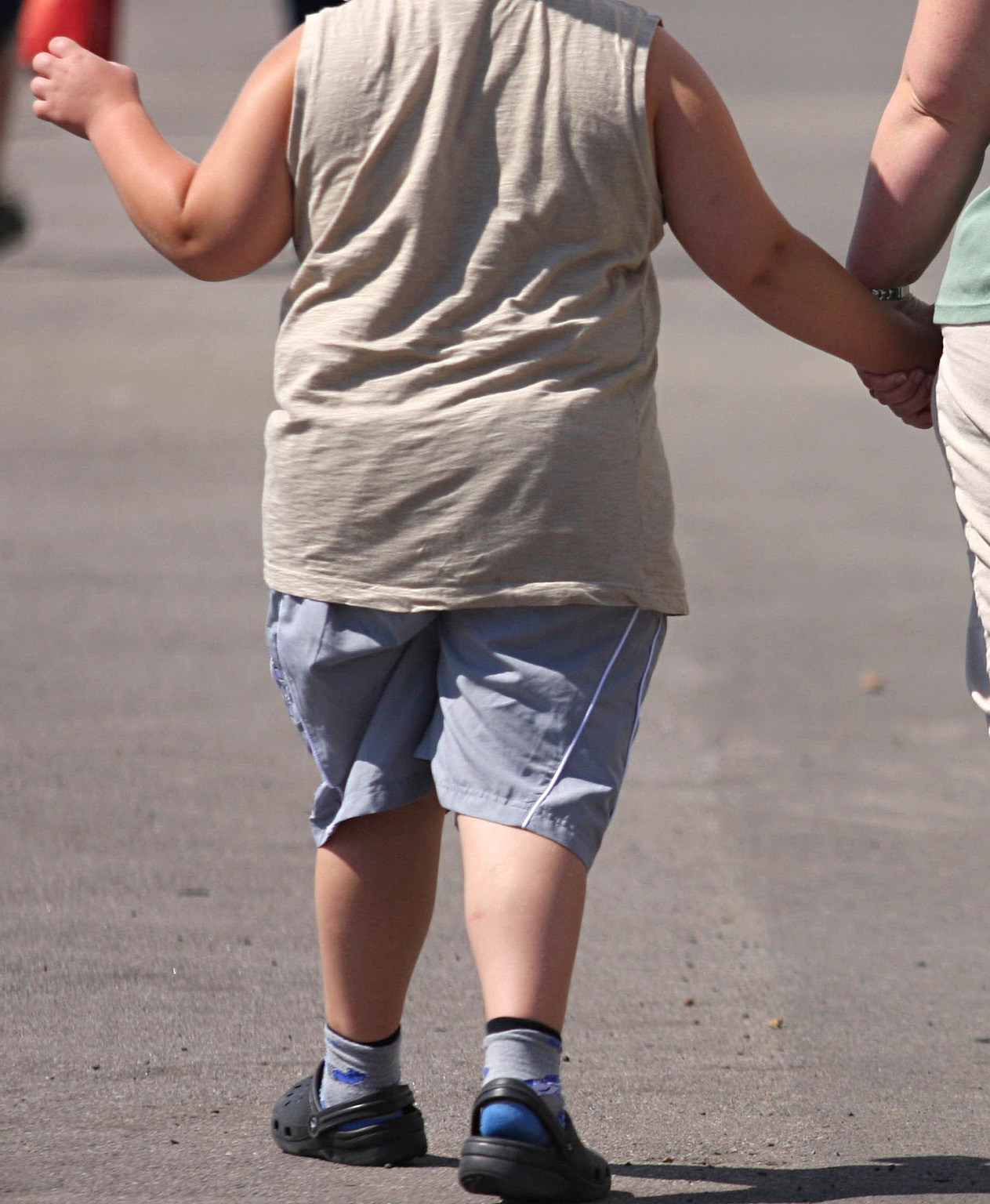 The team led by Dr Kinra sent out questionnaires to parents of 2,976 children in five different health regions of the UK and based their observation on the basis of information thus collected.

The parents taking part in the National Child Measurement Programme (NCMP) were asked to identify their children as underweight, healthy weight, overweight or very overweight (obese).

Almost 33% of the parents (915 respondents) underestimated their child’s BMI, till their child was weighed by the government for the NCMP study. Out of the 369 children identified by the NCMP as obese, parents of only four of them described them accurately, the rest of them failing to see that their kids were overweight.

Russell Viner, co-author of the study and professor from UCL’s institute of child health said, “Measures that decrease the gap between parental perceptions of child weight status and obesity scales used by medical professionals may now be needed in order to help parents better understand the health risks associated with overweight and increase uptake of healthier lifestyles”

Parents who are unable to assess their own child’s weight may not be as willing or motivated enough to make changes to eating habits and lifestyle required to bring the child’s weight down to healthier levels, say experts.

According to estimates, almost 25% of the children in Scotland are either overweight or obese. It therefore becomes imperative to make the parents of kids perceive the potential health risks associated with the weight of their offspring.