Amber Rose recently appeared in an interview with the radio channel Power 105.1. The model took the stage to call Kim Kardashian “fake” and Kylie Jenner a “baby.” She also commented on her estranged husband Wiz Khalifa during the interview. The model alleged him of cheating on her. But she appreciated his spirit saying that the marriage was a mistake. 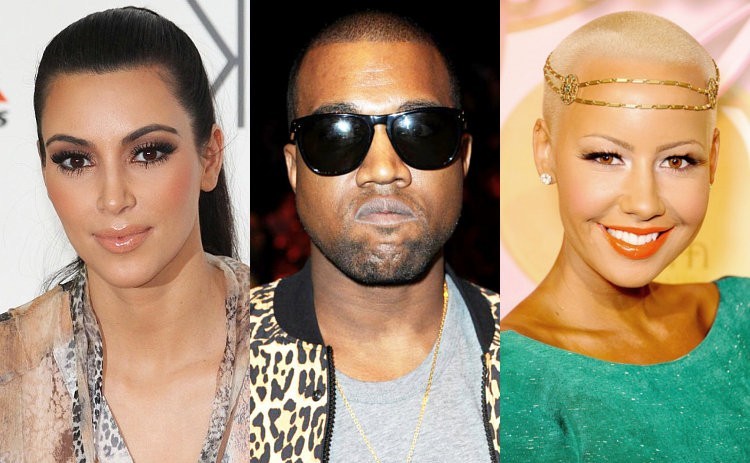 During the Power 105.1 interview, Amber declined to accept the comparisons between her and Kim. The comparisons in context, is the provocative photos that are common to both the personalities. However, the model said that if she would want to, she’d go on air exposing her boobs and having them clicked. But Kim, on the other hand, would do the same and later deny of her intentions behind the act.

Amber shared her personal views of Kim too. She said that when the first time she saw Kim, she thought of her as a beautiful girl from Puerto Rican. She believes that Kim is beautiful, but she does not use it to any good purpose. She called her “fake.”

Amber also spoke about the romance between Tyga and Kylie. While addressing Kylie as a “baby,” she said it is Tyga who should be ashamed of himself. She expressed disregard for the man as he left her woman and child for a naïve 17-year-old.

The interview also discussed her relationship with Wiz. She claimed that Wiz is no longer the same person he was when the two got married. She said he is not a bad guy. Nevertheless, she dismissed the matter saying that she had committed a mistake. She also said that she is now moving forward after much crying. About a potential reunion with the man, she commented that Wiz, being the father of her child, she would “never say never.” But with what he is doing now, she is not with him. 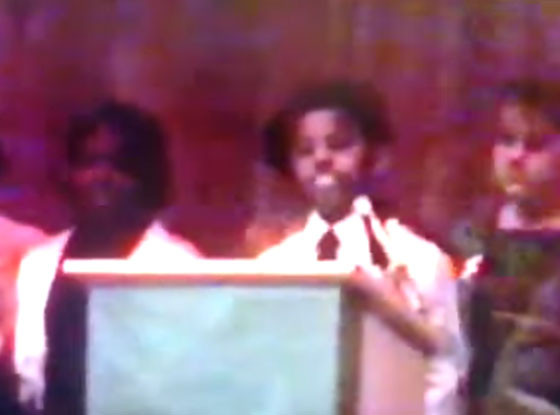 Before Kanye West went on to become one of the most famous rappers in the world and marry the American socialite, actress and model Kim Kardashian, he was already a star in his own right. The guy might have been a college dropout but he always had all it takes to be a performer. And an adorable one at that!

Wifey Kim shared a video of a pint sized Kanye reading a self-composed poem about Martin Luther King Jr. on Twitter yesterday. The twelve year old boy was in middle school, studying at John H. Vanderpoel Elementary, a performing arts school in Chicago, when the video was atken.

“I wish I posted this yesterday! How cute is my baby!!!!!!! #MLK,” the “Keeping Up with the Kardashians” star gushed over her husband on the micro-blogging site, captioning a not too clear video clip showing the gawky 12-year-old reciting an inspirational poem in front of his teachers and peers during an assembly.

Scroll to the bottom of the page for the video.

The superstar of the future is seen standing on the podium wearing a shirt and tie and introducing himself before reading his poem, “His Name Means Love,” written by him for MLK.

Here is the entire text:

“My name is Kanye West, and my poem is ‘His Name Is Love,”

A man who fought for freedom
A man who fought for equality
Those who were against him
Were too blind to see
What this man was fighting for
So Blacks, Hispanics, Jews and Asians could put their foot in the door
Yes, we know that this man is great
That’s why today we celebrate and everyone lifts their voice and sing
For a man who wanted freedom to ring
Martin Luther King is who I’m speaking of
A man whose name means love.”

Kardashian expressed regret about not being able to share it with her Twitter followers a day earlier, so that it could have coincided with the MLK day. 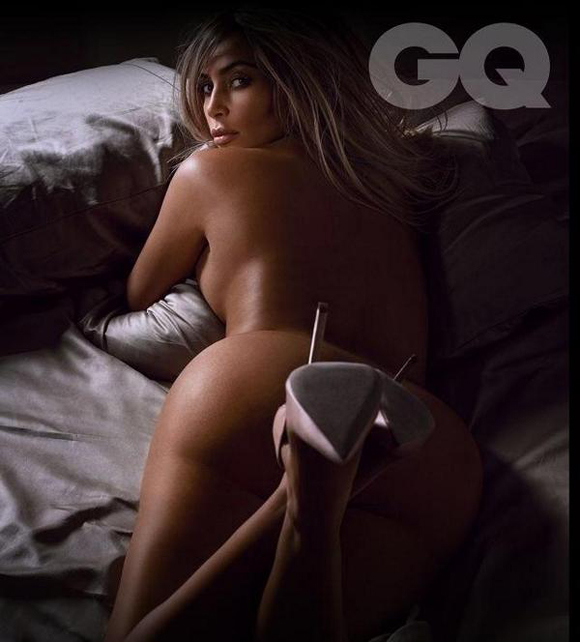 In the second set of celeb personal pictures leak, images of apparently nude Kim Kardashian have emerged on the web. This comes after weeks when images of actors like Kate Upton and Academy winner Jennifer Lawrence were leaked.

If the current leaks turn out to genuine images, it also includes names of actresses like Aubrey Plaza and Vanessa Hudges. Also leaked images are of US soccer player Hope Solo.

The images that showed the apparent Kim Kardashian West were selfies and didn’t have the wedding right that Kim wears, which is why it remains unclear on where the images were taken. The images have been shared on Reddit and Twitter, apart from online message board 4chan.

The latest leak also included photos of Hayden Panettiere and actress Leelee Sobieski. Reports in Times of India also suggests that pictures of Lawrence are also circulating, which may include a few new ones.

On the start of this month, more than 100 celebs were targeted by hackers, who chose to steal some naked images and videos from the personal collections. Many of them have been posted on the website 4Chan.

Currently FBI and Apple are doing the investigations, given that the personal accounts of the celebs were connected with the iCloud service.

While Lawernce’s spokesperson said the images stolen were a flagrant violation of privacy, Justice and Grande denied the images were original.