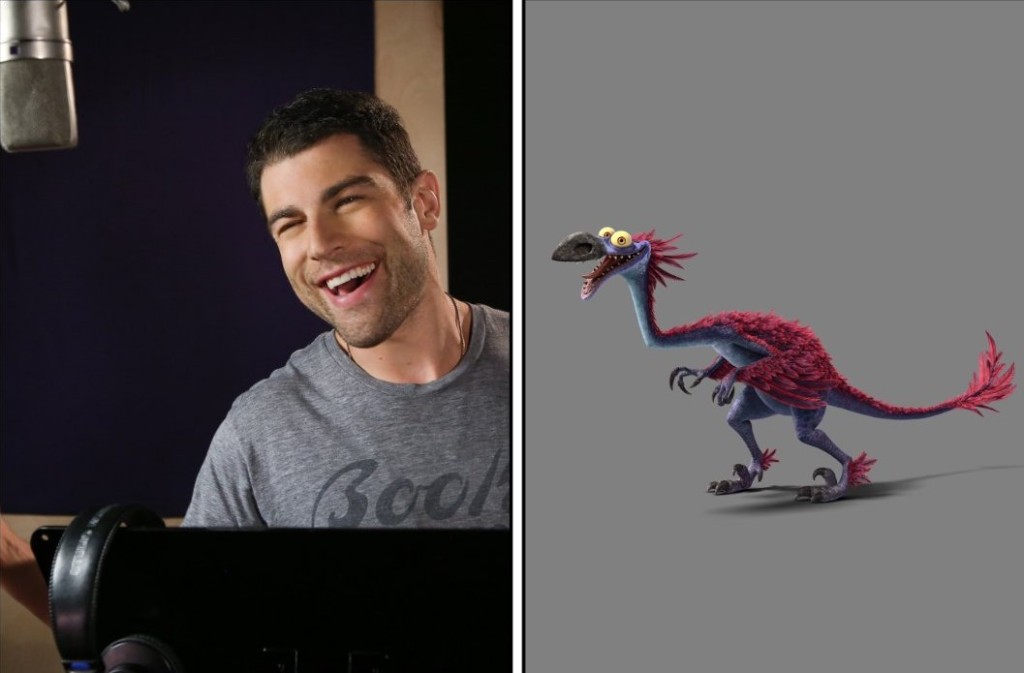 In Ice Age: Collision Course, Scrat’s (Chris Wedge) epic pursuit of his elusive acorn catapults him outside of Earth. He then accidentally sets off a series of cosmic events that transform and threaten the planet. To save themselves from peril, Manny (Ray Romano), Sid (John Leguizamo), Diego (Denis Leary) and the rest of the herd leave their home and embark on a quest full of thrills and spills, highs and lows, laughter and adventure while traveling to exotic new lands and encountering a host of colorful new characters.

“I was so excited and flattered when I was asked to be a part of this. It was the biggest no-brainer ‘yes.’ It was one of the jobs outside of ‘New Girl’ that I was really excited to do. I have a six-year-old daughter and I’m like, ‘I’m in something that we can experience together.’”

Every actor knows to research a role and Greenfield tried to do his homework. Unfortunately, Dino-Bird is a rather broad description of a category of dozens of bird-like dinosaurs. Remember when you thought you had a brilliant answer the first day of class that would totally impress your teacher and that answer didn’t leave the impression you had hoped? Yea, Greenfield had that experience his first day on set.

“I remember when I walked in and I felt very smart for like half a second. I had taken my daughter to the Natural History Museum and we had gotten a book with all the names of the dinosaurs. One was called an Archaeopteryx. I thought I was pretty fancy and I walked in with the producers and said, ‘so is my character an Archaeopteryx?’ and they’re like, ‘no, actually not.’ They’re similar to a degree though.”

When actors record their voice-over, they are videotaped from the shoulders up so the animators can see what facial expressions the actors make when saying certain lines or words. When possible, the actor’s facial expressions are then incorporated into the character. Greenfield was able to see some comparisons between himself and Roger.

“I feel like Roger is probably a better actor than I am [laughs]. But yea, I know all the sessions are videotaped and there are little things here and there. You know what you’re doing with your voice and the inflections that you’re doing with certain words. When you watch it, you’re like, ‘I can see what’s happening here. That’s one of the most exciting parts about watching the film.”

The solo voice-over recording is good in that you only have to concentrate on your own role and don’t have to worry about interaction with another actor. That’s also the bad thing. How do you react to another actor’s line when they’re not there to say it? This ends up being one of the most important jobs for the directors and producers of animated films and Greenfield shared a little about how the process works.

“We do all of our stuff solo. The directors come in and know what is happening so specifically on the animation side that they’re our best guides. They know exactly what they need and what they want. They know what’s going on. Like with this film, there was so much going on with rocks and explosions and stuff. They would come in and we could go over each line individually and walk us through it. As much benefit you would get from being with the other actors, I don’t know that it would work.”

Every aspiring actor dreams of landing a hit show and Greenfield did with “New Girl” which will be airing its sixth season this fall and is now part of the lucrative syndication universe. The problem with being a part of a successful comedy is that casting agents can only see you in a comedic role. Courteney Cox, for example, had to lobby hard to win the role of Gail Weathers in Scream because people could only see her as Monica on “Friends.”

Greenfield, though he might have struggled early on after “New Girl’s” success, has managed to avoid the typecast category lately. Along with Ice Age: Collision Course and “New Girl,” in the past year alone, he’s had roles in Emmy favorite “American Horror Story” and the Oscar-winning film, The Big Short. 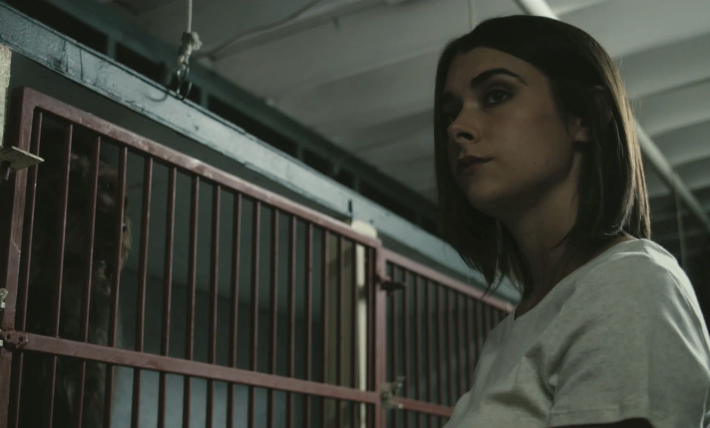 Based on true events, The Dog Lover tells the story of Sara Gold (Allison Paige) who is a rising star at the United Animal Protection Agency (UAPA), a major animal rights organization that conducts animal rescues and lobbies for better animal welfare laws. Handpicked for a major assignment, Sara goes undercover as a college intern to infiltrate a suspected “puppy mill” run by the enigmatic Daniel Holloway (James Remar).

Sarah soon ingratiates herself with Daniel and his family, and learns all about the world of dog breeding but is hard pressed to find any sign of animal abuse. The UAPA teams up with local law enforcement and raids the farm, accusing Daniel of the inhumane treatment of animals. Sara finds herself torn between doing her job and doing what’s right, and she awakens to the moral contradictions of her work with the UAPA. The Dog Lover also stars Lea Thompson, Jayson Blair, Sherry Stringfield and Michael King. Allison Paige recently discussed her starring role in the film and though she’s an actress now, that wasn’t her childhood dream.

“I grew up my whole life dancing. I don’t actually remember a time when I wasn’t on stage. I grew up under the influence of my grandmother who watched Gone With the Wind and liked Audrey Hepburn and Elizabeth Taylor. She was an old school Hollywood grandmother. I danced my whole life but around 17, I caught the acting bug and made the transition from dancing to acting.”

As with many first time actors, her first paying gig was memorable for the wrong reason.

“It was a hip hop pilot when I was 17 that I booked through my dance studio in New York. They were making a pilot to pitch to Disney or something and see what they could do with it. That was my first paid gig and it was rough. I was not one of those kids who came out of the womb and was naturally amazing. I had to work at being natural and comfortable in front of a camera. Get in a class. The more you can be in front of a camera, the more comfortable you’ll be. Study, study, study. Some actors go to college for acting, but there also a lot of great acting schools.”

Like many actors, Paige cut her acting teeth in the world of soap operas, which are like acting schools in and of themselves.

“It is a crash course. I loved being on “Days of Our Lives.” Everybody on the whole team are just wonderful people. It’s like a family since the show has been on a long time. You can’t help but feel the family environment when you get there. It was a crash course because they shoot a lot of episodes very quickly. It’s a one take show. Unless something goes majorly wrong, they go with the first take. It was a crash course into trusting my instincts.”

All of us have career goals and see people we want to emulate. Paige is no different.

“I look at women like Kate Winslet and Meryl Streep and Angelina Jolie and Natalie Portman who really are chameleons. They’re not afraid to play different kinds of women and I strive to have balls like that, to be frank. They immerse themselves in their roles and they’re fearless. I don’t want to be stuck in one wheelhouse and go after as many different types of roles as I can.”

She further explains the different types of roles she’d love to get.

“I just got to play a villain on “The Flash,” which was something on my bucket list. I will hug everybody and talk to anybody, but I love really dark, sort of messed up characters. I’m sort of obsessed with crime shows and serial killers. Investigation ID is my favorite network. All those crazy murder shows I could watch for days on end.”

With aspirations of playing dark, messed up characters, she has favorites of her own.