Couples who have sex several times a week are no more fulfilled than those having it once a week. This is according to a new research which studied the frequency couples have their trysts.

In fact most couples found they were happiest with their sex lives when engaged in the activity only once a week. This might be good news for couples who feel they must conform to some type of norm and force sex several times a week, when most are too busy or tired to have intimate encounters with their spouses or significant others.

According to Amy Muise, a postdoctoral researcher studying sexual relationships at Dalhousie University in Canada, once a week is maybe a more realistic goal because it does not overwhelm couples’ mindset that they must have sex everyday.

Research of subjects from two separate cohorts, which included 2,400 married couples in the U.S. National Survey of Families and Household, found the quality of their romantic relationship was “one of the biggest predictors of their overall happiness,” according to Muise.

For the most part, couples who averaged sex at least once a week seemed most fulfilled. Yet, the researchers also noted that even the brevity of once a week could be too much for some or too little for others.

According to Berlin sex therapist, Vanessa Marin, couples who have never discussed the frequency of their sex life are either satisfied with each other or too busy or disconnected to think about it.

Marin suggested couples experiment with the frequency in which they have sex to determine what is right for them. 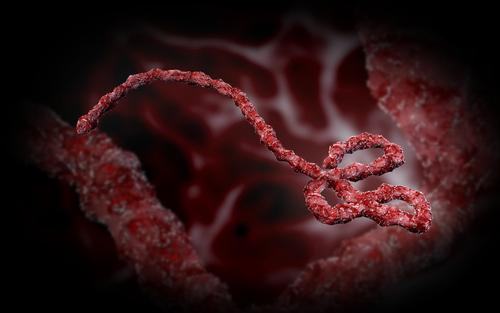 World Health Organization – and the Center for Disease and Prevention have been forced to issue new guidelines on safe sex, after it emerged that it may not be appropriate to have unprotected sex with people who have had an encounter with the Ebola Virus.

A woman in Liberia diagnosed with the deadly virus after having unprotected sex with a person who was cured six months ago. The man himself tested negative for the lethal virus.

If the mode of transmission is confirmed, it will mean that the virus survived in the man’s semen for 199 days. Previous reports had suggested that the virus could only survive for 82 days in one’s body upon being cured. The finding further raises fear that it could be extremely hard to eradicate the virus completely.

The Center for Disease Control and Prevention notes that the man had tested positive for the virus on September 9, 2014 but released from the treatment table on October 7 after being given the clean bill of health. However, it is emerging that he could have infected the woman after traces of the virus remained in the semen consequently infecting the 44-year old woman in Monrovia.

The woman started showings symptoms of the deadly virus on March 17 upon which she was diagnosed with the disease on March 20 and put in isolation. Medics have not yet proved that the virus was passed on, through sex but are advising survivors to resort to using condoms when having intercourse.

The World Health Organization notes that 26,298 people have been infected with the virus in West Africa, 10, 892 deaths having already been confirmed. However, things could be looking up for Liberia having not reported any cases in five weeks raising hope it could be declared Ebola-free on May 9.