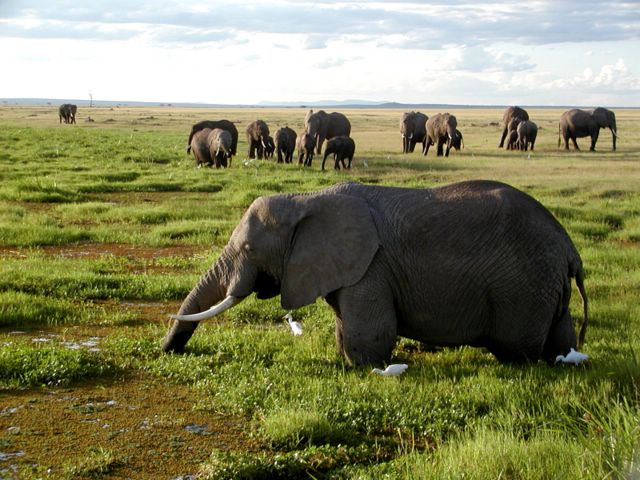 Washington – A new study conducted in parts of Asia and Africa, where most of the wildlife resides, has shown a significant decline in herbivores in the regions. The study revealed that there has been an increase in the empty landscape in these ecosystems. As per the details of the study around 60% of herbivores are on the verge of extinction.

The team of international wildlife experts, led by Prof. William Ripple of the Oregon State University, conducted the study focused on large herbivores, weighing more than 220 pounds. The aim of the research was to determine the threats leading to the extinction of these species and how widespread the effects are.

Around 74 species of herbivores were the subject of the study. It led to the conclusion that, “without radical intervention, large herbivores (and many small ones) will continue to disappear with enormous ecological, social and economic costs.” Prof. William said: “I expected that habitat change would be the main factor causing the endangerment of large herbivores. But surprisingly, the results show that the two main factors in herbivore declines are hunting by humans and habitat change. They are twin threats.”

Prof. Ripple had previously conducted a similar research on the decline of carnivorous species. The two studies are interrelated since a decline in herbivores means a shortage of food for the carnivores. The study also pointed out to the fact that competition for food, due to the growing demand for livestock can also be a reason for the decline.

Co-Author, Taal Levi, pointed out that some of the causes are difficult to eliminate the demands of an ever-growing human population are to be met as well. It was the first time that anyone had analyzed the situation as a whole, taking bother carnivores and herbivores into account.

The outcomes of such a decline are very alarming. There is a loss of habitat, disturbances in the food chain and the result of human sources for raw meat. Around a billion people rely on wildlife for their food.