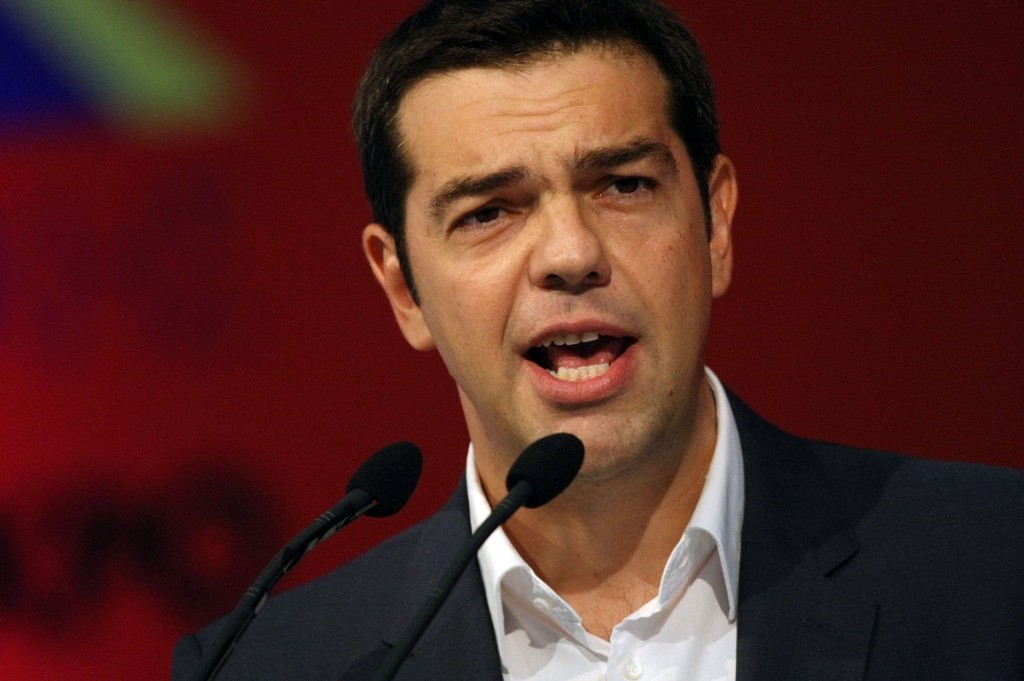 Syriza leader Alexis Tsipras is set to become prime minister of Greece. Tsipras opposed to bailout conditions imposed by the IMF ad EU during the economic crisis and campaigned on promises of renegotiating the bailout deal. In his victory speech, Tsipras told Greeks that they have produced history and election victory to the radical left Syriza party means an end to austerity and humiliation.

Greece’s $270-billion bailout required the country to cut public spending, salaries and pensions and impose repeated tax hikes. The new government is expected to renegotiate the bailout terms with other euro zone governments, which could also raise the risk of country leaving the EURO currency union.

While market analysts expect Tsipras to avoid the so-called “Grexit,” the EURO hit an 11-year low of on Monday amid the victory of Syriza party that could put the country in tough renegotiation with international lenders. The Syriza campaign also puts Greece’s financial recovery plans at risk and undermines a common currency shared by 19 European countries.

The Greek poll results are considered to be follow-up blow for the EURO, subsequent to the European Central Bank’s announcement to undertake huge bond-buying over the next 12-18 months period. Last week, the ECB unveiled its program to pump more than a trillion euro into the ecosystem.

While Tsipras may consider ending austerity to repay the country’s debt, European banks are at much lower risk given their limited exposure to Greece compared to the exposure in 2011-12. Moreover, European policymakers also have strategies to deal with indebted countries.

said Sebastien Galy, senior foreign exchange analyst at Societe Generale, told that possibility of Greece leaving the euro zone  is “small” and any debt restructuring would only involve the official sector.

Experts also predict the tensions over Greece would not impact more than an initial shock and are unlikely to disturb broader investor sentiment.

Asian stocks surged on Friday as the European Central Bank commenced a milestone bond-buying incentive program that sustained the shareholder’s risk eagerness that drove the bonds higher and eventually dropped the euro to the lowest mark in past 11 years. The ECB took a crucial jump in the quantitative moderation on Thursday by launching a government bond-buying program, which is expected to drive thousands of millions of fresh funds into a slumping euro zone market.

The euro dropped nearly 0.2% to $1.1344, which is quite close to its 11 year low mark of $1.1316 overnight and has shed approximately 2% in the current week. Moreover, the general currency also dipped to 134.28 yen, which is the lowest in the past three months. Spreadbetters expect the European market to recover to its previous mark, as it forecasts Britain’s FTSE to open with a 0.3%, Germany’s DAX with 0.5% and France’s CAC up with 0.7% elevated mark.

Boosted up by the global rush in equities, MSCI’s broadest indicator of Asia Pacific shares outside Japan confirmed some positive signs. It increased by 0.9%, which is recorded as the highest boost in the last eight weeks.

On Wall Street, the S&P 500 and the Dow each gained approximately 1.5% overnight. Crude oil prices rebounded as Saudi Arabia declared Salman as the new King of the world’s largest oil exporter, after the death of King Abdullah. Consequently US crude oil rose 85 cents to $47.16 per barrel.

Japan’s stock market, Nikkei experienced a gain of 1% along with the share markets of Australia and South Korea, which also recorded ample gains. Furthermore, the Indonesian stock market augmented to a record high.

The impact was limited to the HSBC flash PMI, which demonstrated a standstill in China’s manufacturing growth for the consecutive months in January.