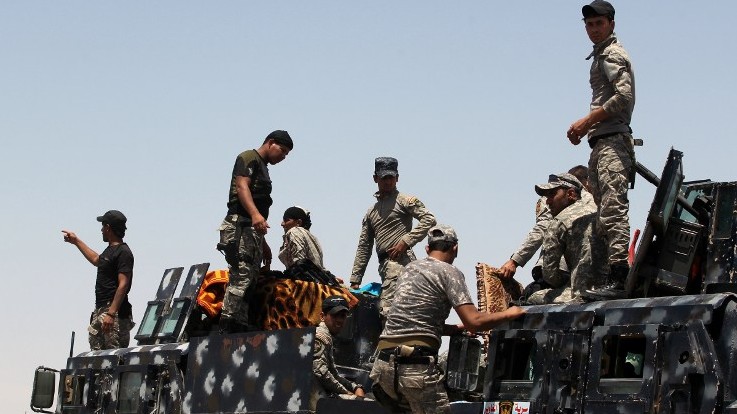 ISIS may not be able to withstand the challenges it faces in Syria and Iraq.

May 28, 2016
Avi Issacharoff
Displayed with permission from The Times of Israel

It may be too soon to write off Islamic State, the fundamentalist Sunni terror organization controlling large swathes of land in Syria and Iraq, but there are hints that the terror group is beginning to crumble under the pressure of attacks from multiple fronts.

In a series of deadly attacks in the Alawite region of Syria just this week, Islamic State bombs killed some 150 people; in Fallujah, Iraq, only an hour’s drive from Baghdad, at least 35 Iraqi soldiers and Shiite militia forces were killed when they were trying to liberate the city from IS control; and earlier this month, a series of deadly terror attacks ripped through the city of Baghdad, killing hundreds.

But despite the death and destruction Islamic State is leaving in its wake, an examination of recent developments on both the Iraqi and Syrian fronts demonstrates how dire the organization’s state has become, as an Iraqi-Iranian alliance is closing in on it from the east while Kurdish and American forces are advancing from the north.

Outnumbered to the east

In the east, war is raging on the outskirts of Fallujah, where IS is attempting to reap as many casualties as it can by employing its tried and true fighting techniques – those that helped it capture the city in the first place – namely the use of suicide attackers driving cars rigged with explosives into Iraqi army posts.

Fallujah is extremely important to IS; it was the first city to be seized by the organization and the base from which it began its violent escapades into the region. As a result, fighting at Fallujah may drag on for months to come.

It’s fair to assume that IS will do almost anything to defend the city and to prove it can survive. But IS fighters’ famously fearsome reputation and high motivation – the elements that often gave them the upper hand even when outnumbered – may not be enough to help them out of their current plight. The city of Ramadi, a symbol of resistance against American forces just a decade ago, was recaptured from IS in a mere month.