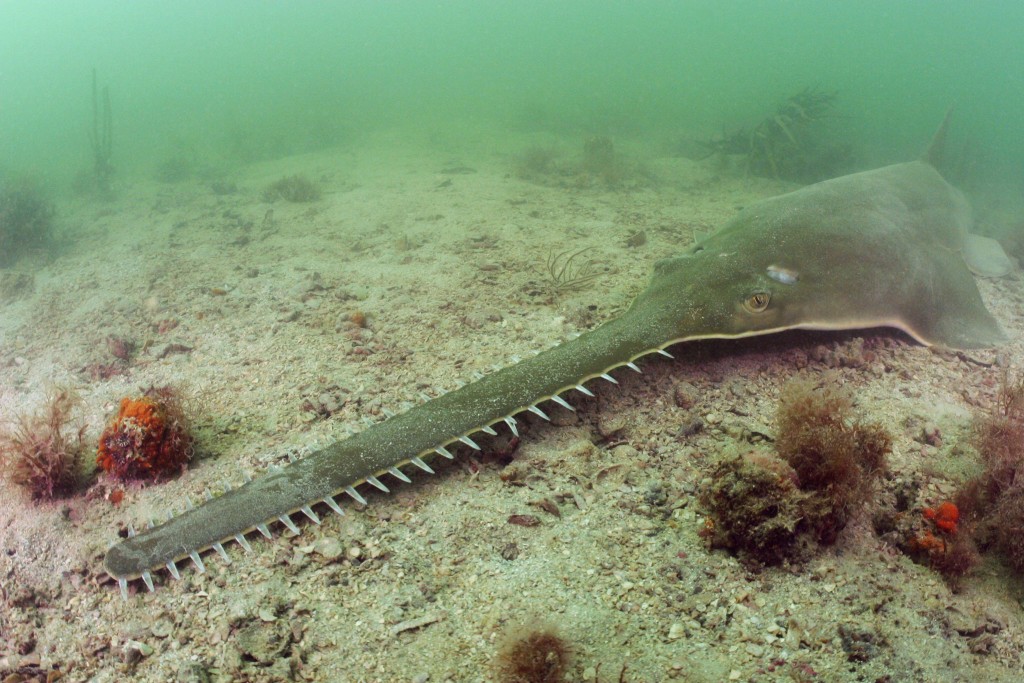 A study published in the journal Current Biology by a team of marine biologists reveal that critically endangered smalltooth sawfish has been reproducing in the wild without mating at all, and that about 3% of the sawfish population found in sounthern Florida were born through asexual reproduction or “virgin births.”

Scientists said this is the first time they would observe vertebrates recreating without mating in the wild, even though reptiles and birds and sharks have been seen before giving birth in captivity through asexual reproduction. The offspring born without sexual mating is called parthenogens, and researchers say these may have been common than previously known in the wild.

According to the study’s lead author, Andrew Fields of Stony Brook University in New York, they were just examining the DNA of smalltooth sawfish in the area so as to determine if they had been inbreeding because of their small population, but the results showed that several sawfish had been giving birth without mating, and that several sawfish parthenogens were the result of such asexual reproduction.

The smalltooth sawfish is critically endangered and might soon become extinct. They disappeared from the Atlantic where they used to be before, and now only found in some locations in southern Florida. However, scientists believe they engage in asexual reproduction in order to beat extinction.

Demian Chapman, a marine biologist at Stony Brook University, and the study’s co-author, said that it appears only endangered and rare animal species are the ones that engage in reproducing without mating, while those that colonize new habitats may also engage in the phenomenon.

While the scientists found that many parthenogens happen to die early or become malformed, about seven sawfish that are parthenogens are in perfect health, and quite okay for their size considering their age. These were tagged and then released back into the wild.