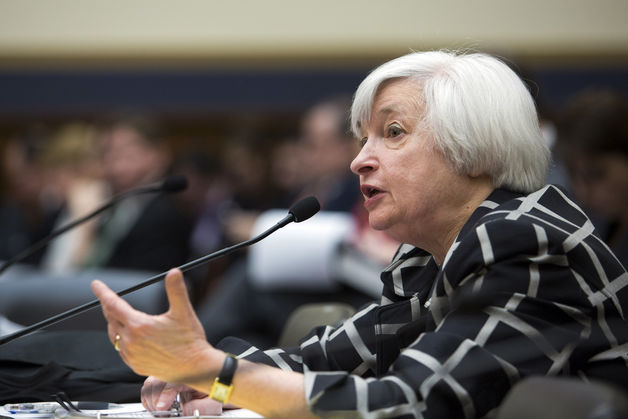 It is on record that the more the United States experienced economic growths in 2014, the more consumer prices lagged behind at the slowest pace ever; but this continuing trend is a cog in the wheel of the Federal Reserve’s retreat to jump-start its stimulus campaign.

The economy witnessed a 0.8% increment in 2014 but the trend was cut short in the last two months of the year when the prices of global oil collapsed to the point of affecting the prices of healthcare services and food among others.

The dragging pace at which inflation unfolds within the US indicates that the value of the currency vis-à-vis labor wages is declining when the cost of living is rising. This is indicative of an economy suffering from economic distress, and could cause a difficulty in repaying back debts and effecting other economic modifications.

Although the Fed has indicated optimism that inflation will recover and the economy will bounce back as they look forward toward a recovery of falling oil prices in coming months; the Fed still wants to keep inflation at an annual rate of 2%.

“There will almost certainly be weak inflation readings early in the year influenced by energy prices,” said Dennis Lockhart, president of the Federal Reserve Bank of Atlanta. “But once that influence has passed, I expect inflation to move toward the Fed’s targeted longer-term run rate.”

As if to prod the Fed on, principal players like investors, economists, and consumers also expect the inflation rate to rebound to 2%.

“We chose 2 percent for a good reason, and that was to provide enough capacity to help buffer the economy against shocks,” Narayana Kocherlakota, the Federal Reserve Bank of Minneapolis president said. “If the inflation rate gets stuck at a low level, then we lose our ability to buffer against shocks.”

Most economic decline has been tied to the falling oil prices, and considering that there was a 0.4% decline in average consumer prices as occasioned by oil price collapse, some analysts expect the trend to reverse itself next year.

“Given recent data and because of the strengthening of the dollar, we see downside risks to our baseline scenario that the contribution from core goods inflation will be broadly neutral,” said Blerina Uruci, an economist at Barclays Capital, who said that the trend could continue to weigh on inflation.