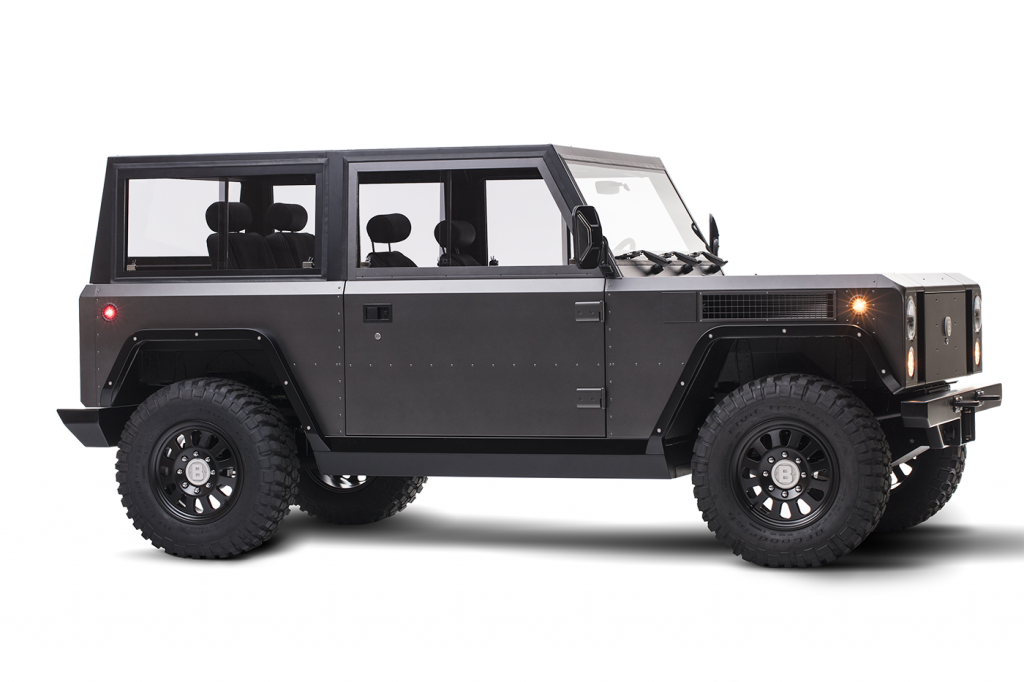 Bollinger Motors, a US-based company headquartered in New York State has unveiled its new prototype all-electric sport utility truck during a media event at the Classic Car Club of Manhattan, and you may be surprised at its features.

According to a press release, the B1 employs an advanced chassis structure, constructed with high-strength aluminum and weighing in at a mere 295 pounds, to house its battery system, while not sacrificing structural or torsional rigidity.

“We are so thrilled to be able to finally take the wraps off of our Bollinger B1 SUT,” offered the company’s founder and CEO, Robert Bollinger.  “This is the culmination of what has been a 40-year-long boyhood dream of mine and I couldn’t be more pleased with the vehicle and the incredible team who worked so hard to create it.”

As a result of instantaneous torque provided by the electric drivetrain, the B1 boasts a 0-60 acceleration time of just 4.5 seconds and a top speed of 127 miles per hour.  The prototype vehicle weighs in at 3,900 pounds, with a payload capacity of 6,100 pounds and a gross vehicle weight of just over 10,000 lbs.

The B1 will offer an option of two lithium battery packs when entered into production, rated at 60kWh or 100 kWh.  This will allow for travel of up to 120 miles with the smaller or up to 200 miles with the larger pack.

The B1 features a minimalist interior, but is not lacking in comfort, with heating and air conditioning, prominent gauges and warning signals, and a battery level indicator, all with black backgrounds with white lettering, and chrome bezels, making for a clean and classic look.  The production model will sport a Bluetooth-enabled waterproof AM/FM receiver, with inputs for iPod/MP3 players and SD/USB readers.

Saying the firm plans to announce pricing details later this year, they expect to target delivery of the vehicles within 19 months.  Bollinger added, “When you factor in this vehicle’s superiority over the other choices on today’s market, we think we have a winning combination.”