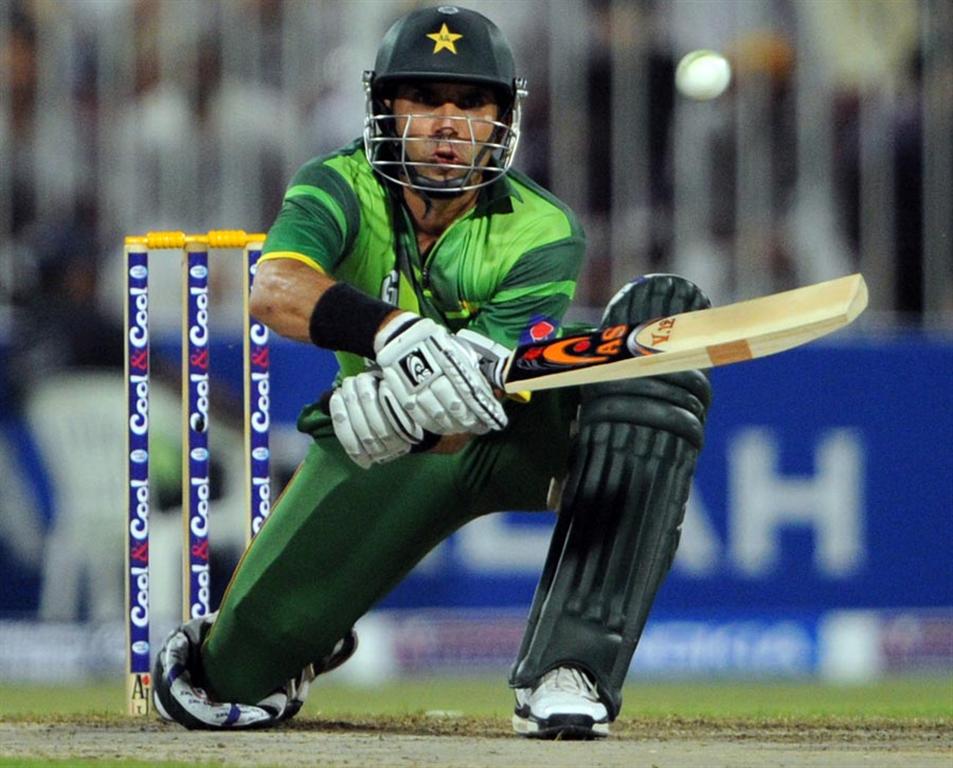 Misbah Ul Haq, the classy Pakistan middle order batsman was not the one who is as explosive as Shahid Afridi or Brendon McCullum.

Most of the time, Misbah acted as the Pakistani version of Rahul Dravid, and he has helped his team to avoid many losses in its most elegant manner.

But the recent knock of Misbah against Australia pulled everyone to a state of surprise as he scored the fastest century in the history of Test Cricket.

He scored a scintillating century off 56 balls on the fourth day of the second Test against Australia in Abu Dhabi on Sunday.

The knock of Misbah has raised a few new questions in the Cricketing sector, and one among them is ‘Will T 20 survive, if Test Cricket is getting played in this manner?’.

Around five years back, this question was asked vice versa, and at that time, people doubted the existence of Test Cricket when a fast paced format was introduced.

If Test Cricket is being played in this manner, then the new guns who love to make their mark in the cricketing sector will follow the footsteps of Misbah, and sometimes, it may say Adios to T 20.

Cricketing experts should think in this angle very soon, and things may worsen for T 20 if David Warner and Gayle starts playing Tests in the way Misbah did.

Is it necessary to reinvent a more shorter version to enhance the grip, to be frank, a Ten Ten? 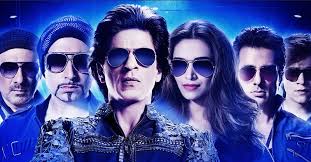 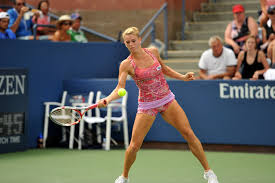 And finally, after lots of surprises in the league rounds, the final line up for Women’s quarter finals in the US Open 2014 are set. This time, the one and only American who made it to the final eight is none other than Serina Williams.

“I finally made a quarterfinal this year!I think I felt it in my service game. I’m like, ‘Can I please make it to a Grand Slam quarters this year?’ So glad to do it in New York”, said Serena after the match.

On the other hand, 16th seed Victoria Azarenka will face 17th seed Ekaterina Makarova of Russia in another quarter final match. Many tennis experts give upper hand for Makarova, but the dominance of Azarenka cannot be ignored as anything can happen at any time in a Tennis Court. The match will start on 11.00 AM (EST) on Wednesday.

Viewers in Europe, can watch live on CBS and ESPN in US, Eurosport in Europe, and WOWOW in Japan.

In India, the matches will be live on Ten Sports, while CCTV has the telecast rights for China.

Today, 17-year-old Belinda Bencic will face Shuai Peng of China and this match will mark the first appearance of Peng in the quarterfinals of a Grand Slam Tournament.

The journey of Bencic to the quarterfinals is absolutely a dream come true journey. She is just 17, and is the youngest quarter finalist since Martina Hingis. The match will begin at 11.00 AM (EST).

Another prime time match on Tuesday is one of the most awaited battle of the tournament. In this match which start at 07.00 PM (EST), 10th seed Caroline Wozniacki will face 13-seed Sara Errani.

Wozniacki is undoubtedly the black horse of the tournament, and she proceeded to quarterfinals after defeating the glamor girl, Maria Sharappova. 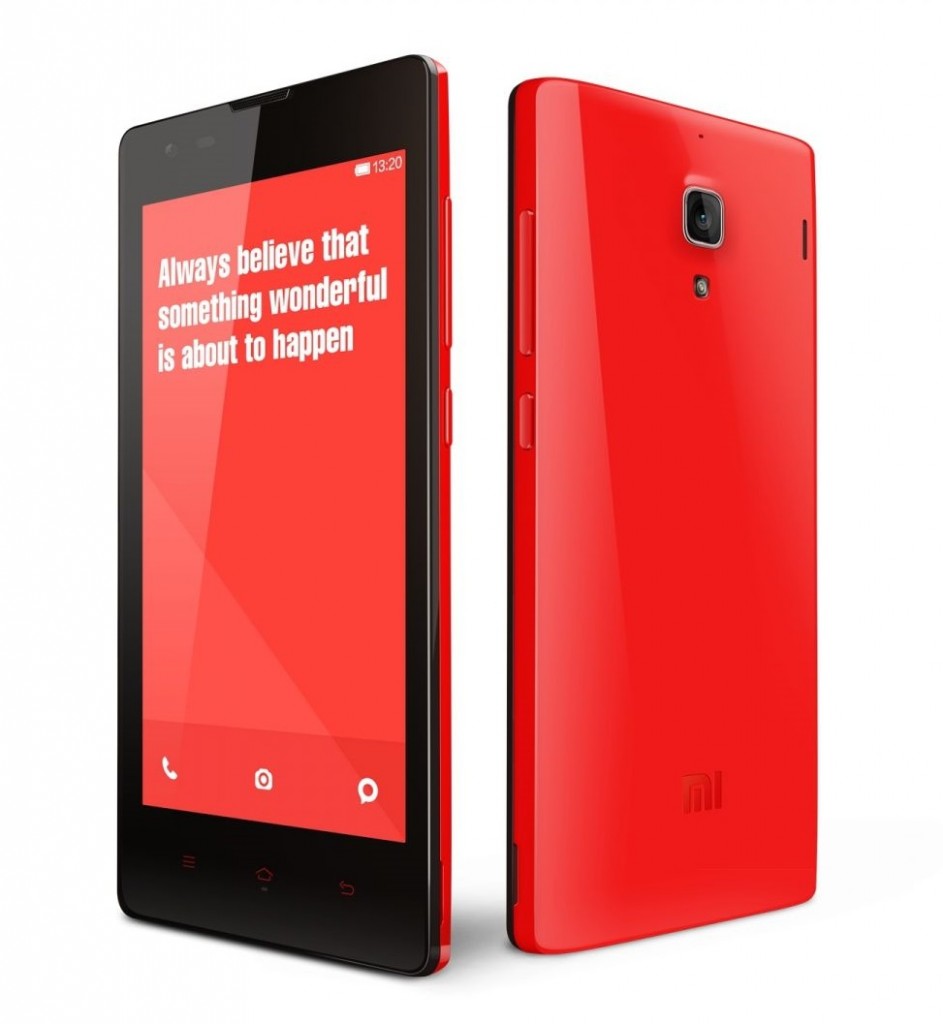 Xiaomi, the Chinese mobile manufacturers are literally creating revolutions in the Indian mobile phone market, and the latest installment from their production house, Xiaomi Redmi 1Sis all set to go on sale today on Flipkart.

The mobile phone is priced, 5,999 INR, and this factor plays a crucial role in determining the increased popularity of Xiaomi phones in the market.

Redmi 1S runs on Android 4.3 Jelly bean, and it has also the power and support of in house Xiaomi’s MIUI.

The Flipkart’s online selling platform is expected to be loaded with unending numbers of clicks during the time of sale, and the shopping site has already asked the customers to log in to the page two hours earlier to increase the chances of getting the mobile phone.

Earlier, when Xiaomi put up their legendary MI 3 for sale in Flipkart, it was wiped out from the selling platform within minutes, and this selling spree created an all time record in the online shopping arena of India.

People who purchase mobile phones today will get complimentary prizes like screen protector and a SIM card adapter. The next flash sale will take place on September 9th, and the registration process will start at today 6.00 PM. 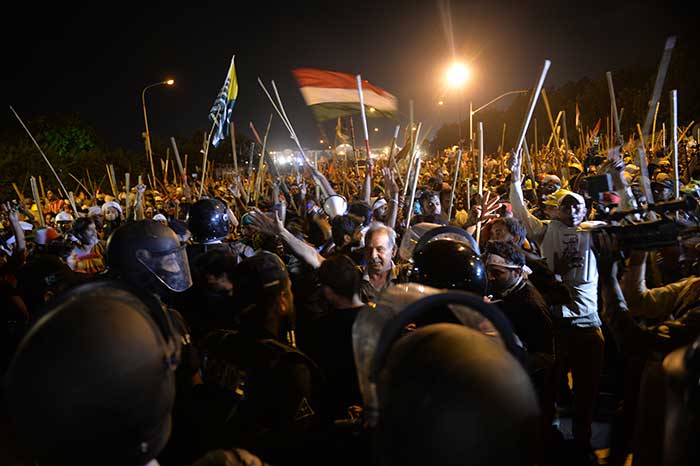 Update 6:00 p.m.:Pakistan’s national TV channel PTV was back on air after the police removed anti-government protesters from its headquarters in Islamabad.

It is not good sign for Pakistan nor for the entire world as political unrest in Pakistan reaches a new level, and this time, it is much bigger and mightier than one could ever imagine.

As per reports, the most powerful army chief of Pakistan met with the Prime Minister, Nawaz Sharif, and both of them had a long discussion about the political unrest which is prevailing in the country.

Many reports claim that the army chief has advised PM to step down to avoid further problems.

The two week long political crisis took a new shape in the last two days as the protesters tried to break the law in its most dreaded manner.

Clashes were reported today morning between Police and Protesters in front of the secretariat.

The clashes between Imran Khan-led Pakistan Tehreek-i-Insaf, Tahir-ul-Qadri’s Pakistan Awami Tehreek and the ruling PML-N government has literally put the country in a state of chaos, and from many corners, we are even hearing news about unbelievable conspiracies to disrupt the already shattered peace of the nation.

A rain in the Sunday night brought about a feel of relief in the premises of Secretariat, but on Monday morning, things were changed upside down, and the protesters tried to enter the building ignoring the orders of the military.

Protesters also tried to enter the building of PTV, and they tried to stop the broadcast. Later military intervened, and protected the building from further harm.

But PTI chief denied the role of their workers behind the attack which happened on PTV.