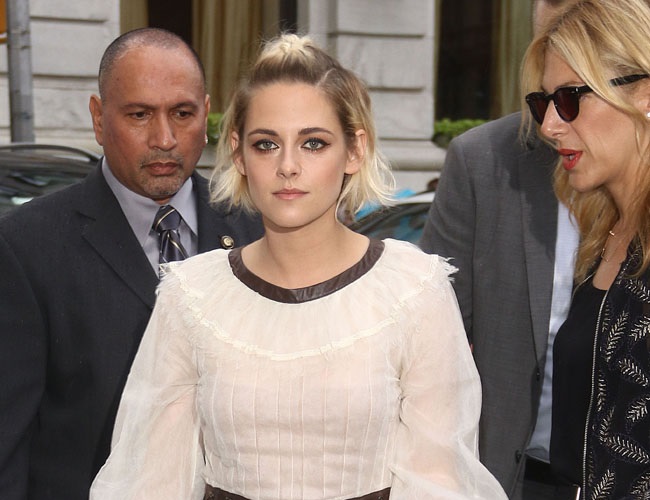 Stewart: “I couldn't anticipate what was going to happen in a given situation”

Kristen Stewart – whose role as Bella in 2008’s Twilight made her famous – admitted she constantly struggled with fame and the pressures of being in the public eye. In fact, the world of showbiz would cause her to vomit “every day” due to ongoing stomach aches.

She explained to Elle magazine: “I went through so much stress. I had panic attacks, I used to puke every day and very casually too. I didn’t have an eating disorder; it wasn’t to do with that. I always had a stomach ache. And I was a control freak. I couldn’t anticipate what was going to happen in a given situation, so I’d be like, ‘Maybe I’m going to get sick’ and then I’d be sick.”

The Hollywood star was simultaneously dealing with Obsessive Compulsive Disorder (OCD) which made her much more anxious.

“As I am getting older I’m going into my OCD. If things are a mess, I feel like I have lost everything. So I procrastinate by tidying, which is so stupid. I say to myself, ‘Just do what you need to do. If you want to write something, if you need to get a thought out, if you need to call someone about something creative, do it now! You don’t need to organize your desk first.”

Thankfully, Stewart has learned to deal with the occasional anxiety and now focuses on every-day tasks.

She shared: “I changed, that’s the thing – at a certain time point I realized that the fear was death, but I had gone through so much that did not kill me… sorry, I know that sounds dramatic … I realize the anxiety just ran out. I didn’t have the energy to do that anymore.”