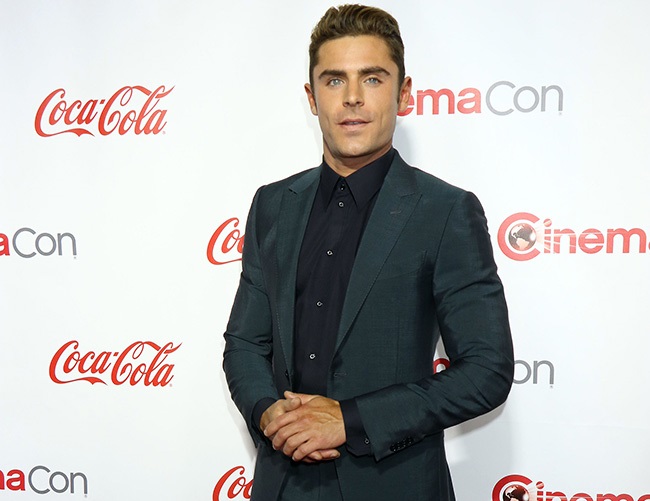 The actor says a girl should occasionally make the first move

Zac Efron believes that men should not always take the initiative in asking a girl out and would appreciate it if a lady ever made the first move.

The 28-year-old star – who split from Sami Miro earlier this year – told Heat magazine: “I think it’s fine for girls to ask boys out. I actually prefer it.”

The Hollywood hunk also admitted he’s rather predictable when dating, as he can’t easily hide his feelings toward a girl he likes.

He said: “A girl can tell I like her when I blush or start telling bad jokes.”

However, he has no problem disclosing his feelings and being upfront, saying: “I’m not afraid to cry. Not all of the time. But when I’m watching a movie, I’ll sometimes shed a tear.”

The star was once embarrassed for mixing up someone else’s fiancé and mistaking her for his date.

He shared: “I was walking behind somebody who I thought was the girl I Was at a party with, and I lifted her up and whirled her around… and it was not my date.

It was somebody’s fiancee and the guy in question was not amused. I had to apologize and everyone seemed upset. That wasn’t fun.”

The Baywatch actor also says that finding a suitable date isn’t always easy, as they often lack the qualities he is generally attracted to.

“You think you want a specific quality and you end up falling in love with somebody who doesn’t have that at all. But you know, everybody is different and has qualities you need to accept,” he stated.