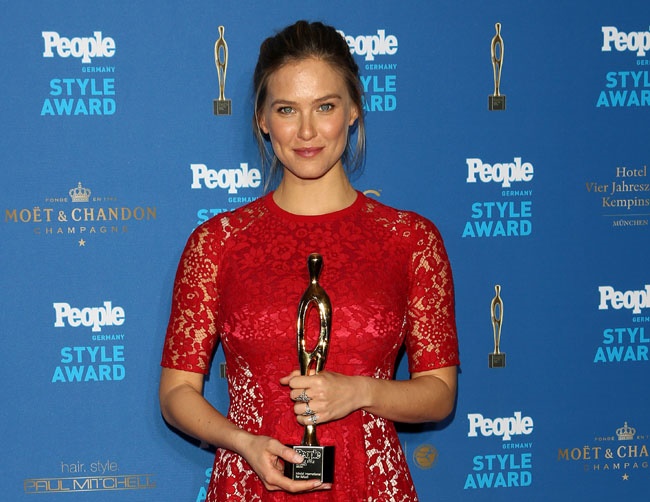 Rafaeli was previously married to Arik Weinstein before moving on to husband Adi Ezra. This marks the couple’s first child, conceived less than a year after they married.

The model had announced her pregnancy via Instagram on New Year’s Eve by posting an image of a baby. She then took to Twitter with a bottle emoji along with a positive pregnancy test.

Like many pregnant women, Rafaeli was occasionally dealing with intense cravings during her third trimester. She had previously posted an image of a burger accompanied by the caption: “officially pregnant #cravings. (sic)”

Several months later, she confirmed the baby’s gender with a picture of her baby bump while relaxing on a sun lounger.

“My girl craved some vitamin D #5months,” the caption read.

Rafaeli had previously admitted she really wanted to have kids, adding: “I would love to have kids soon. We keep feeling like we need some more time to ourselves but I think that feeling will never go away. So we will probably aim for children soon, I hope. I don’t think marriage should [change a relationship].

I believe people choose to get married because they are happy with their lives together, so why would we change anything?

I didn’t expect it – I always thought it would be the same as the day before the marriage – but you feel a spark of extra commitment when you call someone your ‘husband.’”