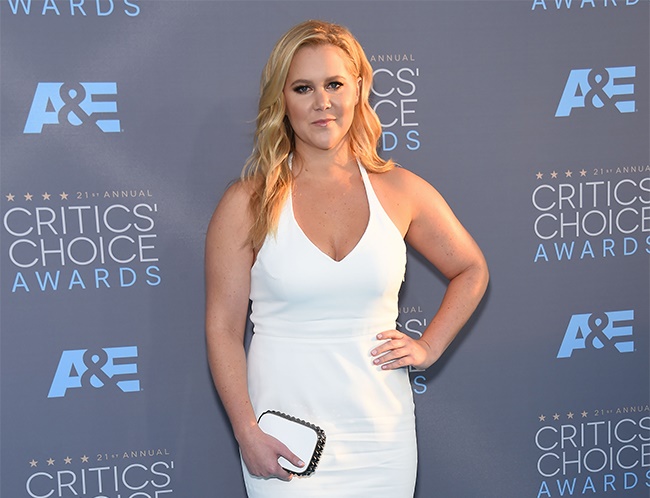 The ‘Ghostbusters’ actress was the victim of online negativity

Amy Schumer says she provided emotional support to Ghostbusters’ Leslie Jones when she was criticized on social media due to the movie’s negative reception. Schumer also advised her on how to deal with “online trolls.”

Though the hatred was initially directed at the movie itself, Jones was subsequently a victim due to association.

Schumer revealed to the Los Angeles Times newspaper: “Leslie is a friend and we talked about it. It was just so much hate at once. And you feel like it’s never-ending and it is the truth. She was not used to it. I’ve had 10 years of people sending a lot of vitriol and it’s been spread out. For her, it hit like a ton of bricks. I told her, ‘You’re going to come back and be like, ‘… you.’ And it’s going to make you stronger.’

The 35-year-old comedian acknowledged Twitter for eventually listening, adding that people can assert their rights “and still protect people in a way that isn’t careless.”

“It took Leslie Jones to get them [Twitter] to realize that people are banding together in a violent and dangerous way. And, you know, we can uphold our First Amendment and still protect people in a way that isn’t careless. I was really happy to see that …I remember how it feels. It feels like your new reality, like your biggest fear has come true. And then once they’ve come true, you have nothing to be scared of,” she added.

Schumer also talked about people’s hypocritical nature by describing themselves as decent individuals, all while portraying such a negative behavior online.

She said: “There’s always going to be a pocket of aggressive crazies. That’s what that sketch was about. It’s always a guy, whose avatar is the American flag or them with their kids on their shoulders, and they’ll write, ‘Die, you fat …’ But then their description of themselves is, ‘Father. Christian. Spreading the word.’ “