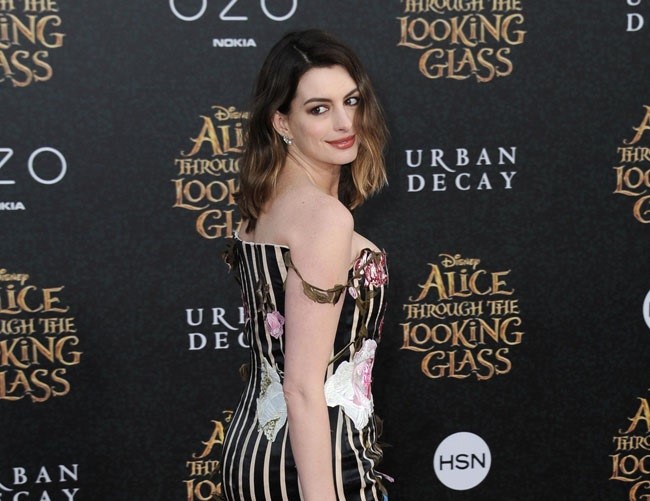 Anne Hathaway gave birth to her first child four months ago with husband Adam Schulman. While the actress hoped to lose the weight she had gained during pregnancy, she says there is no shame in carrying a few extra pounds.

The Devil Wears Prada actress had previously admitted that pregnancy made her appreciate her body much more: “I work out in West Hollywood, so you see, like, Thor’s trainer — you know, the people who have too many muscles to be in ‘The Avengers’ — so I would normally walk in and feel so intimidated.

She also recalled a previous interaction with a fellow gym-goer, leading her to think he was hitting on her – but then realized the stranger was merely looking for work.

Hathaway stated: “He comes up to me. He’s like, ‘So you been working out at this gym a long time?’ And I’m like, ‘Oh my God, he’s hitting on me. Nice, new mom.’ I feel really good about myself and I’m like, ‘Oh yeah, I’ve been coming here for a little bit.’

He’s like, ‘Cool, I’m a trainer here and just wondering if you want some pointers.’ And I’m like, ‘Oh no, he’s not hitting on you, he just wants a job!’ ”

The star hoped to at least get a compliment after revealing she was a new parent, but unfortunately he never got the hint.