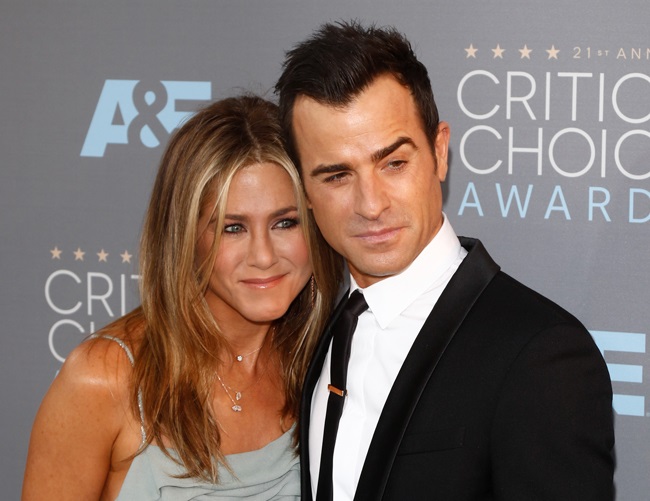 Jennifer Aniston and husband Justin Theroux recently enjoyed a secret, low-key anniversary celebration, with Theroux flying to Los Angeles to spend it with the 47-year-old actress.

The event took place on August 5th as the 44-year-old actor took a brief break from filming the upcoming season of The Leftovers.

An insider revealed to People magazine: “Justin flew from Australia to LA to spend their anniversary week with Jen. They relaxed at home, had dinner with friends and had a small anniversary celebration at home.”

Aniston also feels like they had been husband and wife long before tying the knot, saying: “We felt married for so long. Married life is so normal and fun and not much different.”

The Cake actress – who was previously married to Brad Pitt – says Theroux makes her very happy and comfortable. She also praises his uncanny sense of humor and thanks the constant laughter for keeping her young at heart.

She said: “I’m lucky because Justin is the funniest person I’ve met, and we make each other laugh. Laughter is one of the great keys to staying youthful.”

The former Friends star is also thankful to have reached her 40s, as she feels much wiser and healthier than ever before.

There are women who’ve hit 50 who are stunners, like shocking. We just take better care of ourselves,” she revealed.