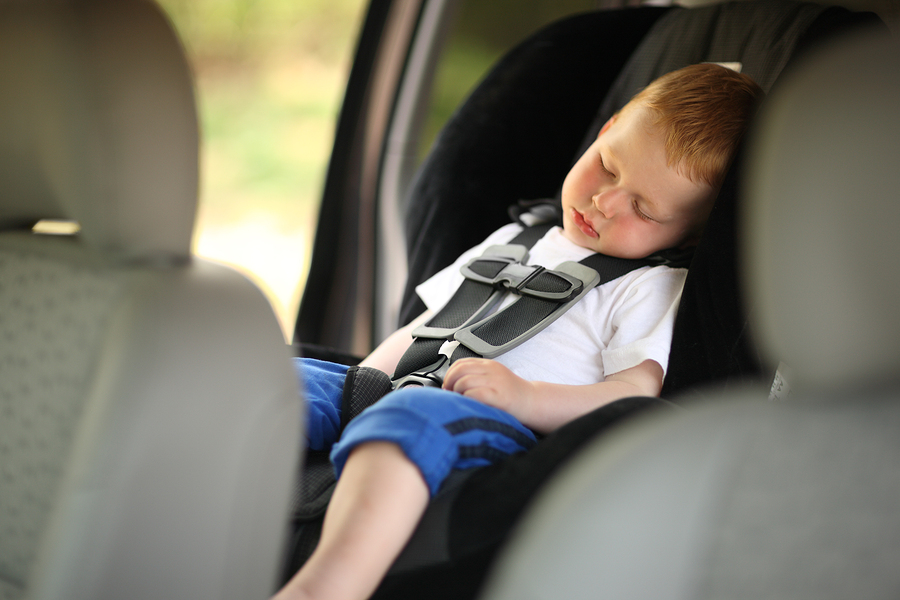 A 4-year-old girl in Pennsylvania is the latest victim, left in the car by her caretaker instead of being dropped off at day care

We go on autopilot, we get distracted, we think it could never happen to us. Whatever the reason, National Transportation and Safety Board statistics show that, on average, 37 children die every year from heatstroke after being left in a vehicle. From 1998 to 2016 there have been 682 such deaths. Which leaves the question of how anyone could possibly forget their child in the car?

Four-year-old Samaria Motyka is the latest victim, left in the car in Williamsport, Penn., by a caretaker who was supposed to drop her off at daycare. At 3:30 that afternoon, in 97-degree heat, the little girl was found unresponsive, still in the back seat of the car. She was pronounced dead after arriving at the hospital.

Most of the time it is an honest mistake, a horrifying lapse of consciousness with fatal results. Most parents think it could never happen to them, but it does, and it’s a danger every parent must guard against.

Aaron Gouveia, of Time magazine, wrote a column in 2014 describing how he forgot his child in the car. Gouveia says he had a daily routine in which he would run errands on Wednesday, his day off. Typically a relative would watch his 10-month-old child, Will, but one day the relative couldn’t come so he took Will with him. The baby fell asleep in the back seat and Gouveia went on autopilot, thinking about the things he had to do. It was winter. He parked the car, braced himself for the cold, and ran into the grocery store, stopping when he remembered he had forgotten his list. Returning to the car he realized he had forgotten something else – Will was still in the back seat. It took him 6 years to admit the shamefully close call in his column.

Sometimes it isn’t a mistake. San Jose State University Professor Jan Null compiled statistics on hot-car child deaths, finding that in 17 percent of cases the child was intentionally left behind. However, 54 percent of those 682 deaths since 1998 were due to a caregiver just plain forgetting.

Children’s small bodies heat up three to five times faster than an adult’s, so it doesn’t take long for them to reach 104 degrees F, which is the point at which the body’s thermoregulatory mechanism becomes overwhelmed and heatstroke sets in. With two-thirds of the vehicle’s heating happening within the first 20 minutes, it does not take long for the situation in the car to become dangerous. Even on a 70-degree day the car can become hot very quickly. After 10 minutes the temperature inside will be nearly 90 degrees, and after only 30 minutes it will reach 104.

But still the question remains – how could anyone forget their kid in the car?

Most of the time the child has fallen asleep, so there are no sounds from the back seat to remind the parent that they are there. The back seat is also a contributor. Before the early 1990s children were usually in the front seat. From 1990 to 1992 there were only 11 known deaths resulting from children being left in the car. However, once car seats were moved to the back due to the danger of airbags, the heatstroke deaths resulting from leaving the child in the car increased 10-fold.

Dr. David Diamond, Ph.D., a neuroscientists at the University of South Florida, says parents who have forgotten their kids are not necessarily negligent. He says understanding what they did requires understanding how two very different parts of the brain work. The basal ganglia is the “background system” that controls habits, allowing us to do things without thinking about them. Everyone can recall driving somewhere and then realizing they have no recollection of the trip.

Diamond says that the brain works the same way, whether it’s a matter of forgetting the child or forgetting to stop for milk. Janette Fennel, president and founder of KidsAndCars.org, says that although people try to demonize these parents, it can happen to anyone.

Fennel offers seven tips to prevent forgetting your child in the car.

Janet Brown Lobel, Ph.D., who is a clinical psychologist in New York, says parents want to make themselves feel different from those who are so horrible as to leave their child to die in a hot car. She says, “The logic goes: ‘These people are monsters. I’m not a monster, so it won’t happen to me,’ and that’s the biggest mistake anyone can make.”