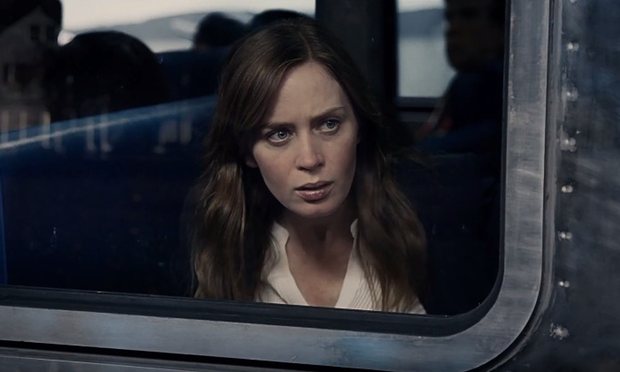 Emily Blunt stars as The Girl on a Train with a screenplay adapted by Erin Cressida Wilson.

Paula Hawkins’ 2015 novel, “The Girl on a Train,” was an immediate sensation. It debuted at #1 New York Times Best Seller list and went on to sell three million copies in the U.S. alone. It holds the record for the most weeks spent at #1 on the U.K. hardback book chart. With numbers like these, it was only a matter of time until Hollywood came calling. The pre-release buzz was so great, however, Hollywood came calling and bought the film rights before the novel hit book shelves.

Erin Cressida Wilson was charged with adapting the screenplay with The Help’s Tate Taylor set to direct. The film stars Emily Blunt as the titular character along with Rebecca Ferguson, Haley Bennett, Justin Theroux, Luke Evans, Édgar Ramírez, Allison Janney, Laura Prepon and Lisa Kudrow. In fact, Wilson was already hard at work on the adaptation in January, 2015 before the novel was released in February.

Erin Cressida Wilson is an award-winning and internationally produced screenwriter and playwright. She won the 2003 Independent Spirit Award for her first screenplay, Secretary, starring James Spader and Maggie Gyllenhaal.

Since completing Girl on a Train, Wilson wrote and produced on the first season of HBO’s Martin Scorsese/Mick Jagger series, “Vinyl,” and began adaptations of The New Winter, as well as Maestra. She is currently doing production work for Ghost in the Shell for director Rupert Sanders and Scarlett Johansson.

Wilson’s plays and operas have been produced Off-Broadway, regionally and internationally, at such theatres as The Mark Taper Forum, The Brooklyn Academy of Music, The Public Theatre, Playwrights Horizons, Classic Stage Company, LAByrinth Theatre, The Magic Theatre, The Traverse Theatre in Edinburgh, and The New Grove in London. She has been honored by the Rockefeller Foundation, the NEA and the California and North Carolina Art Councils.

Wilson has acted Off-Broadway, regionally, on television and film. Highlights include playing Kevin Spacey’s wife in the film, Darrow, Annabella Sciorra’s sister in the film Above Suspicion, Cynthia Nixon’s daughter in the Off-Broadway production of Phyllis Nagy’s “The Scarlet Letter,” and Valerie in Circle Repertory’s world premiere of
“Imagining Brad,” by Peter Hedges.

Integral to Wilson’s writing is her dedication to teaching. She was Professor and Director of Graduate Dramatic Writing in the Program of Literary Arts at Brown University with Paula Vogel, and Associate Professor and Director of Playwriting in The Theatre Studies Department at Duke University. She has also taught adjunct at Stanford
University and NYU. She is currently an Advisor for the Sundance Screenwriters Lab – mentoring or artistic directing programs in Utah, Japan, Italy and Cuba. She consults privately in her New York City and Santa Monica offices.

Wilson is a graduate of Smith College and a voting member of the Academy of Motion Pictures.

The Girl on a Train opens in theaters October 7th.