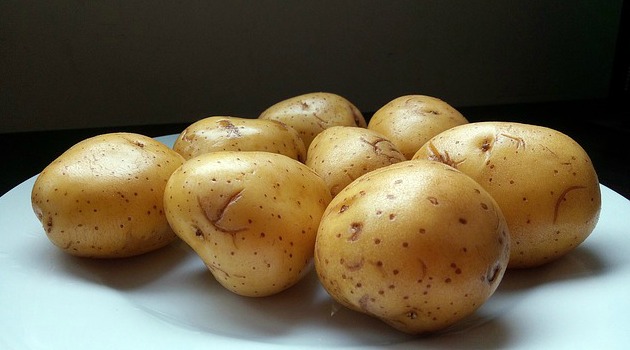 Researchers believe it's down to the potato's high glycemic index that triggers a rise in blood sugar levels.

They are part of a staple diet for many people around the world but this week researchers have released findings from a study that shows too many could pose a risk for high blood pressure.

The scientist from Harvard Medical School and Brigham and Women’s hospital found that people eating four or more servings of spuds a week have an increased risk in blood pressure – almost 11 percent more than those that eat less as reported in The Telegraph.

The study was large and involved 187,000 men and women over a 20 year period. Each participant, who had no blood pressure problems at the start of the study, was asked to fill out a questionnaire about their diet. They found that a 17 percent risk of developing high blood pressure was found when consuming four or more servings of fried potatoes but it wasn’t a huge difference from other forms of spuds such as mashed, boiled or baked. This was compared with people who ate less than one portion of potato a month.

Although the study doesn’t prove that potatoes cause high blood pressure, the results could be down to the potato’s high glycemic index which, when eaten, sparks a rise in blood sugar levels.

Dr. Lea Borgi of the renal division at Brigham and Women’s Hospital in Boston states that the results came as a surprise especially as there seemed to be no real difference when it came to eating fried potatoes such as potato chips as you would have expected.

“There hasn’t really been any obvious link between potatoes and hypertension in the past. There has recently been some suggestion that eating potatoes can be linked to Type 2 diabetes, but apart from that this is a surprise. But with fries we have known for some time there are associated health risks, so that was less of a surprise.”

The study showed an equal risk between men and women and although in some observations showed women were worse off than men. The researchers hope the findings start a discussion about where potatoes fall as part of a healthy diet.

The study was published in British Medical Journal.