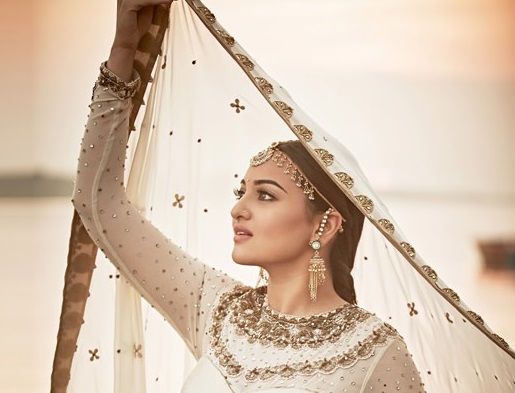 After giving the successful “Two States” a hit, the wonder boy Arjun Kapoor is back in action with his new release “Tevar” directed by Amit Sharma.

The movie is said to be a remake of the Telugu hit “Okkadu” released way back in 2003 and appears to be like an old wine served in a different glass.

The movie is completely packed with action showing Arjun Kapoor in his full swing. It has a good heart felt romance with Sonakshi Sinha, other iconic actors like Manoj Bajpayee and Raj Babbar were also in their evergreen form.

Tevar revolves around the story of a corrupt politician (Manoj Bajpayee) infatuated by a morally upright college girl Sonakshi Sinha and wants to marry her at any length however she choose Arjun Kapoor as her life partner.

The movie is packed with action and drama and is a pure entertainer to watch.
Raj Babbar is seen playing the role of father for Arjun Kapoor and is playing the character of Shukla, superintendent of police.

Audiences have appreciated the role of Arjun in the movie however claps were reserved for Raj Babbar and Manoj Bajpayee for their bombastic performance.

The superman song featuring Arjun was already a hit amongst the crowd and has been cheered well by the people.The movie portrays a well-adapted form of Indian politics and connects well with the situation.

The movie could have been shortened by 20 minutes however is still a good progression and a wholesome efforts to entertain the public.

The occupancy rate is said to be around 40 percent until afternoon in multiplexes across India. The word of mouth is good and the collections of first and second day is expected to be good.