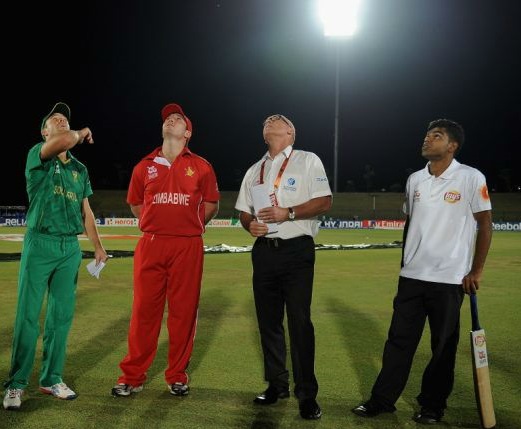 South Africa is all set to face the home team Zimbabwe in an exclusive Test at Harare Sports Club, Harare on August 9, 2014.

South Africa tour for one test in Zimbabwe can be quite intriguing to watch, given that the visiting team hasn’t lost one series in eight years of play abroad.

On the other hand, the home team is looking for some serious form and winning this, given they haven’t won a single one since 2011, where they were against Bangladesh.

Given their win against Sri Lanka, South Africa is expected to pitch in and try a few of the new faces. For the team, Alviro Petersen’s form is a matter of concern, while they might want to go ahead with Van Zyl, who has done well in the domestic format.

In all possibilities, Imran Tahir may be replaced with Dane Piedt. While Tahir hasn’t done much with his spinning, Peidt has been in form in the domestic season. For this single test, the team might want to take a chance with him.

Follow the SA vs ZIm live scores on Cricinfo.com here.

Whether it’s Morne Morkel or Dale Steyn, and Vernon Philander, SA may rest one of them and give the chance to Kyle Abbott, who has been great in the county circuit.

Watch the match live on SuperSports in both South Africa and Zimbabwe.

Ten Sports will show the match live in India, while PTV has the broadcasting rights in Pakistan. In the Middle East, the match broadcast will be on Orbit Show Network.

The live streaming online can be watched here.

For the home team Zimbabwe, nothing is going to be easy, especially with the limited test they play. Some changes are likely, but their challenges remain the same.

With no tests played this year, it’s tough to pick the top players for the test. Their skipper Brendan Taylor may have to do something to ensure the team retains strength.