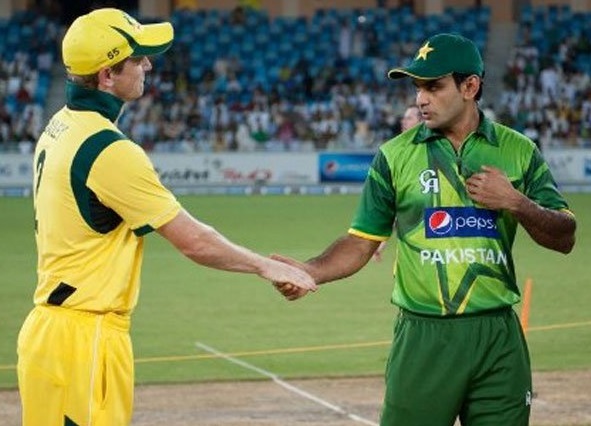 With an exhilarating 93-run win at Sharjah, the Australians will be high on energy and confidence as they take on Pakistan for the 2nd ODI.

Pakistan won the toss and elected to bat first:

The match holds more importance for Pakistan than the Aussies, mainly because the former is yet to find the ideal 11 ahead of the world cup.

The batting lineup crashed like a pile of cards both in the only T20 and following ODI, something that skipper Misbah-ul-Haq and others will have to think on.

The toss, team news and squads will be updated here just before the match starts.. Stay tuned.

Catch the match and its action live on Tens Sports in India and PTV Sports in Pakistan.

The match will be available on live broadcast on Fox Sports in Australia and Zee Cinema in UK.

Also, the Aussies seem to have found their ground in UAE and with all the players being injured, the team has managed to get more than expected.

The opponents know the main strength of Pakistan was Saeed Ajmal, and they have made most of the time.

Pakistan, despite getting some runs from Sarfraz Ahmed and Umar Akmal and finding Shahid Afridi doing well with the bowl, has serious reasons to win this one.

Australians are unlikely to make any changes and would like to retain Steven Smith at No 3, where he did great in the last match.

For the bowling, they know that alone Mitchell Johnson and Nathan Lyon can do the damage, as none of the Pakistani batsmen have been able to stand high.

With the ICC World Cup 2015 in mind, even Australia will not like to take this one easy for sure.