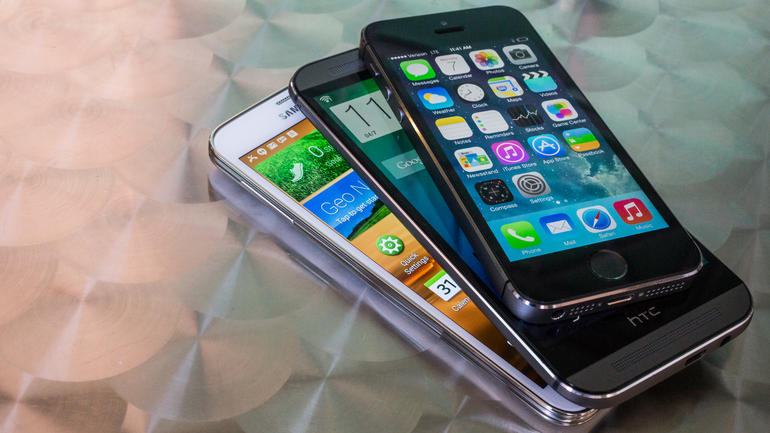 Today, we live in a world where smartphones have become a huge part of our lives and as they are becoming really common, their sales are increasing as well. According to Strategy Analytics, there was a 31% increase in the global smartphone shipments, a record 1.3 billion smartphones were shipped globally. But when there is a talk about smartphones, the two biggest brands that can’t be missed are Apple and Samsung. From almost 2012, Samsung has been ruling the market as the largest smartphone vendor, but after the Q4 2014 results, Apple and Samsung both tied as they sold 74.5 million devices in Q4 2o14.

However, this is actually a win for Apple because they saw a 18% increase in the sale compared to same quarter last year, and Samsung faced a dip of 30% in their market share. Samsung quarter report was one of their worst as well, facing a loss of around 27% in their profits. Meanwhile on the other hand, Apple has their best quarter with all time high sales, and also shipping more than 74.5 million iPhones is not a joke at all. Apple saw a 30% increase in their revenue as well.

The merger of Lenovo-Motorola able them to capture a market share of 6.5%, and the Chinese brand Huawei holds a 6.3% of market share as well. The remaining market share belongs to other small and big smartphone vendors, but both Apple and Samsung have a same market share of 19.6%. The growth was particularly seen in areas like China, India and Africa.

The way Apple iPhone sales are booming and Samsung sales are relatively going down, Samsung must come up with new design and features for their flagship smartphones if they want to face Apple in 2015. Otherwise it will be a matter of time that Apple will take over the market from Samsung, and become the largest smartphone vendor in the world.

Do you think that Apple’s famous iPhone will become a huge disaster for Samsung smartphone sales? Let us know in the comment box below.