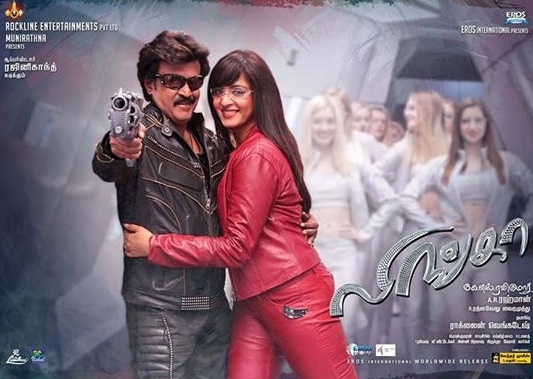 Superstar Rajinikanth starrer Tamil film “Lingaa” has fetched a huge opening both in India and abroad. The film is now reported to have grossed huge in all circles.

A report on International Business Times said the Tamil film garnered Rs. 30 crores at the box office on the first day itself.

ATMUS Entertainment, which distributes Tamil films in US, wrote on its Twitter handle, “#Lingaa USA premiere gross at $404,566 from 118 scrns. Ended up #6 overall in USA for Thursday.”

It remains to be seen if the movie can beat another Tamil grosser “Kaththi” records, which starred Vijay. Similar opening was witnessed in UK, as well. Check out the details here.

In the domestic market, the collections of “Lingaa” were remarkable. In the main state of Tamil Nadu where the movie released on 600 screens, the overall collection has been Rs. 16.75 crore, reports said.

This might well mean that this is the biggest grosser in Tamil industry for 1st day numbers.

In the AP/Nizam box office, the movie is said to have minted Rs. 6 Crores.

#Lingaa in the alltime US Tamil Top 5, with USD 806,190 after just the first 2 days. Some solid #Superstar box-office power here. #KolaMass

In terms of reviews, the movie has got mixed feedback. While everyone has all praises for the superstar, the response is not earth shattering.

However, for the fans of Rajinikanth, the movie is a sure shot money spinner and will garner good numbers, provided the collections sustains for the entire week.

Keep an eye on this space to know more on “Lingaa” box office collections.