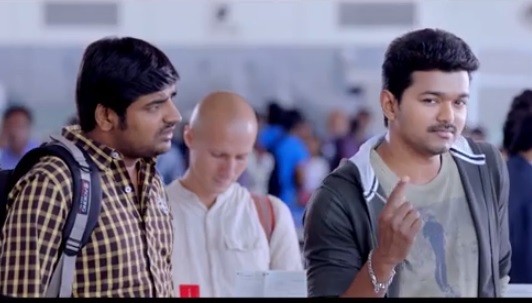 One of the biggest releases of the year, Tamil action thriller film “Kaththi” starring Vijay in the leading role is releasing on October 22, and the opening is expected to be huge.

The movie is touted to be an action thriller, where Vijay is playing a double role, while Samantha will play his love interest. Neil Nitin Mukesh will be seen in the role of villain.

AR Murugadoss is directing the film, which has music by Anirudh Ravichander.

The songs of the movie are already a hit, and a new trailer was released on October 19, which has garnered more buzz around the release.

The screen count of “Kaththi” is more than 1500, which is huge for a Tamil film.

The movie has been long awaited, which is why the opening is expected to be super, especially with the kind of popularity that Vijay enjoys down south.

The 1st day collections of “Kaththi” should be anywhere between 3 and 7 crores, given there are no big releases around.

Check out the collections stat here.

However, it would have to compete with “Happy New Year”, which releases on October 24 and stars Shah Rukh Khan and Deepika Padukone in leading roles. The Bollywood film will be releasing in Tamil, which may pose competition to “Kaththi”.