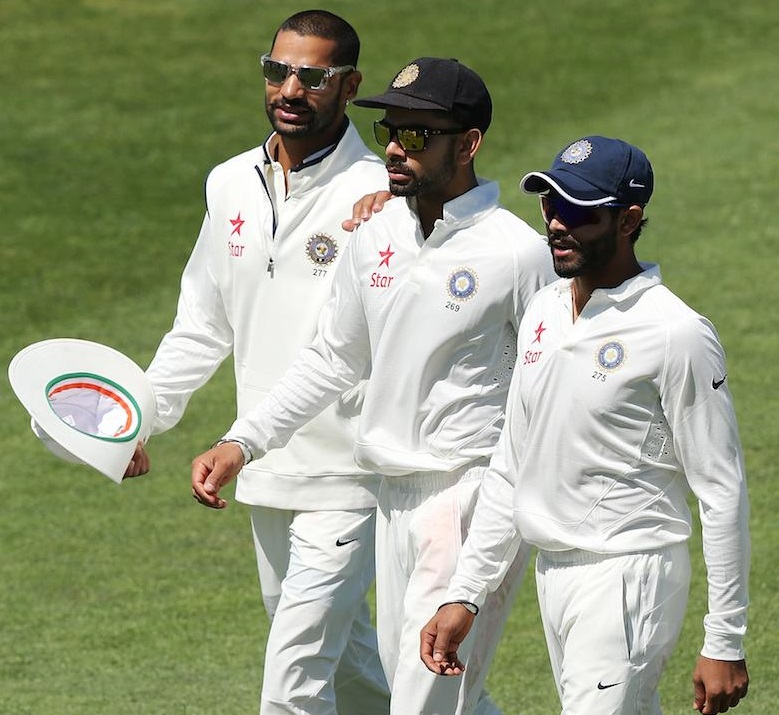 It will be the clash of the titans as India tours Australia for a four match Test Series, and a tri-nation ODI Tournament.

Both the series will witness some scintillating cricketing moments, as the nations involved in the matches are big names in International Cricket.

Australia who lost the Test Series against Pakistan will be trying hard to bring back their lost glory by winning against India.

The recent death of Phillip Hughes has created negative impacts in the side, but the huge amount of professionalism in the Australian Cricket is expected to overcome all these issues.

The series has huge vitality for both Australian and Indian Cricket teams. The World Cup is nearing, and the performance in this series will play a crucial role in determining the morale of the sides while playing in the big league.

The first test match will start on December 09th, and the venue is Adelaide Oval. The match start time is 5:30 a.m. India time.

The second Test match in the series will be conducted from December 17th – 21st at the Brisbane Cricket Ground.

Melbourne Cricket Ground will be the venue for the third test, and it will begin on December 26th.

The last and final test will be played at the Sydney Cricket Ground on January 6th.

After 5 days, the tri nation series between India, Australia and England will get kick started in Melbourne on January 16th.

The preliminary round will have six matches (two matches face to face on 18th, 20th, 23rd, 26th, 30th January), and the final will be conducted on February 1st at Perth.

Pakistan Cricket fans can watch these matches through Ten Sports and Ten Cricket. Sky Sports and BBC Radio is telecasting the match live in UK whereas Willow TV is doing the same in United States of America.