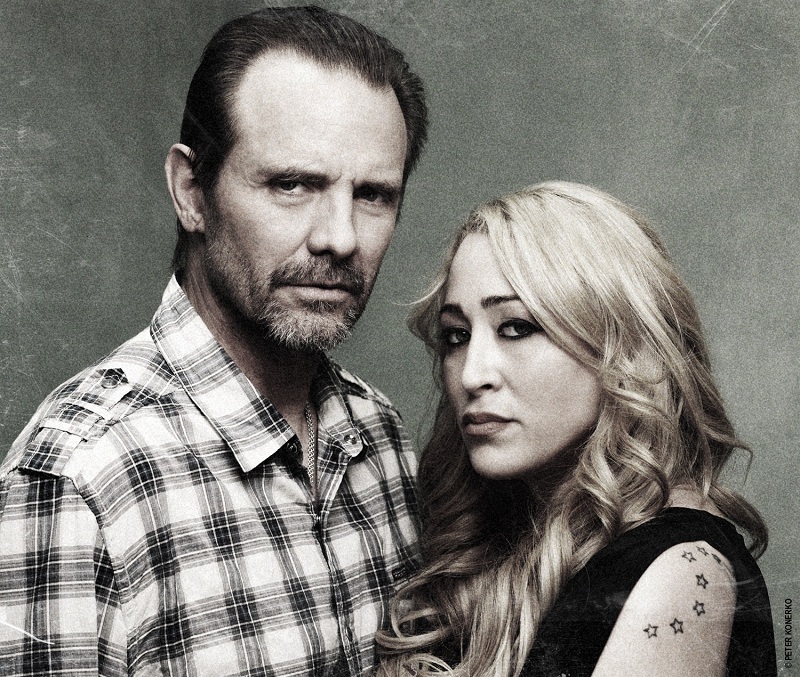 The film-making couple Michael Biehn and Jennifer Blanc-Biehn are set to launch a promotional tour across the world to promote their current and upcoming movie projects. The husband and wife film-star team and founders of indie film enterprise Blanc-Biehn Productions (BBP) have begun a tour of Europe this summer with stops in Dublin, Ireland and Vienna and Oberwaltersdorf, Austria.

They will also appear at three Comic-Con fan expos in Europe: Wrexham, Wales (November 5-6); Manchester, England (December 3-4) and Kielce, Poland (November 25-27). The duo will visit Japan September 14-21, then travel to Sitges, Spain to premiere BBP’s She Rises / Psychophonia (aka Deadly Reception, starring Blanc-Biehn, out February 2017) and the Hidden in the Woods remake (starring Biehn and William Forsythe, out December 2) at the Sitges Film Festival October 7th-11th.

Stateside, the couple will attend the Burbank Film Festival in California on September 9th to premiere their BBP thriller The Girl (aka Psychopath, scheduled for release on January 6th, 2017), and September 10th to support the 30th anniversary of James Cameron’s blockbuster film Aliens, where Biehn and stars of the sci-fi classic will treat fans to a special cast reunion. Biehn and Blanc-Biehn will then travel to Corpus Christi, Texas for a special event on September 28th.

Biehn and Blanc-Biehn will also share action-packed details about Biehn’s The Night Visitor Chronicles, which comes out in the U.S. November 5th, among other new films in the coming year, many of which will see delivery via their Blanc/Biehn Productions (BBP), in alliance with new distribution label Splash House Pictures, Entertainment One, and IndustryWorks Pictures.

Jennifer Blanc-Biehn Bio:
At the tender age of 13, Jennifer was on Broadway in Neil Simon’s Brighton Beach Memoirs, working alongside Jonathan Silverman, Fisher Stevens and Robert Sean Leonard. Jennifer’s career brought her to Los Angeles to be in Kenny Ortega’s series, “Hull High” (1990), for Disney and NBC. Since then, she also starred in the TV series, “The Mommies” (1993), for NBC and Paramount. Her projects include: Friends ‘Til the End (1997), opposite Shannen Doherty, “Party of Five” (1994), opposite Scott Wolf and Matthew Fox, Cool and the Crazy (1994) with Jared Leto, and James Cameron’s “Dark Angel” (2000), with Jessica Alba. Jennifer has also guest-starred on television shows, such as “CSI: Crime Scene Investigation” (2000), “Grace Under Fire” (1993) and “It’s Always Sunny in Philadelphia” (2005). In addition, she has been involved in many projects with her partner and fellow actor, Michael Biehn. The two joined forces on a movie Michael directed in China called, The Blood Bond (2010). Their other projects include Puncture (2011), alongside Chris Evans and The Ride (1997). Jennifer made an appearance in The Divide (2011) with Michael and produced The Victim (2011). That was her first leap into the producing world. Other films include The Jack of Spades (2010) with Jennifer Coolidge and Prank (2008) with friend and colleague Danielle Harris (her co-star in The Victim (2011)).

Michael Biehn Bio:
He grew up in Lincoln, Nebraska, and at age 14, moved with his family to Lake Havasu, Arizona, where he won a drama scholarship to the University of Arizona. He left prematurely two years later to pursue an acting career in Hollywood. His first big role was as a psychotic fan stalking Lauren Bacall in The Fan (1981) and later appeared in The Lords of Discipline (1983). He hit the big-time when he was cast as Kyle Reese, the man sent back through time to stop Arnold Schwarzenegger in James Cameron’s The Terminator (1984). This established a good working relationship with Cameron, a relationship that should have catapulted Biehn to international stardom. He starred in Cameron’s subsequent films, Aliens (1986) and The Abyss (1989), the latter a standout performance as unstable Navy SEAL officer Lt. Hiram Coffey. In the 1990s, he starred in films like Navy Seals (1990), K2 (1991) and was particularly memorable as Johnny Ringo in Tombstone (1993). More recently, he has been seen in TV shows like “The Magnificent Seven” (1998), “Adventure Inc.” (2002), “Hawaii” (2004), “Law & Order: Criminal Intent” (2006), “Criminal Minds” (2009) and “24 Hour Rental” (2014).