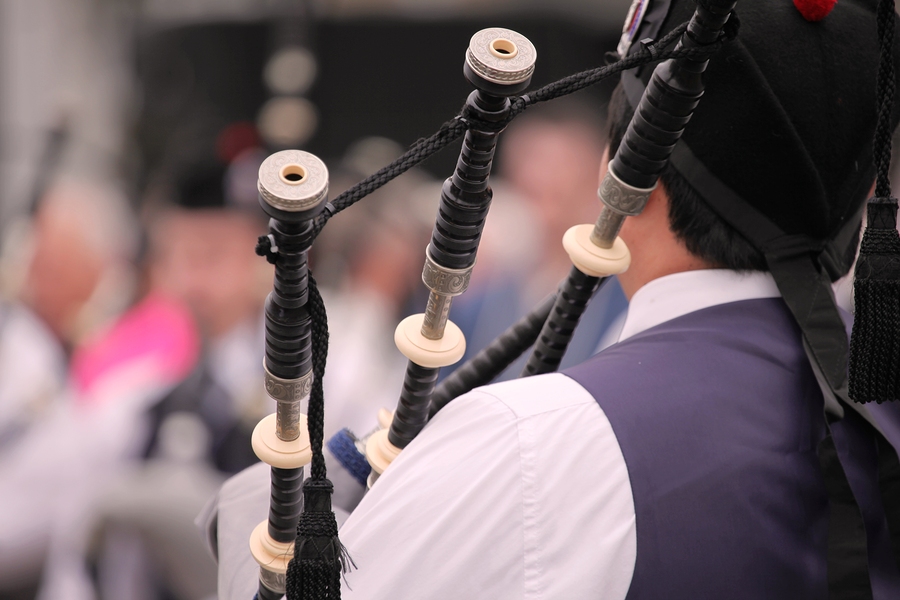 A 61-year-old man in Manchester, England, died in October, 2014, after suffering increasing difficulty breathing for more than 7 years. A report published in the medical journal Thorax has now revealed the mystery of what killed the avid bagpiper – his hobby. The man contracted hypersensitivity pneumonitis, or HP, from his bagpipes, leading a team of five researchers from University Hospital of South Manchester to coin the term “Bagpipe Lung.”

HP is also known as farmer’s lung, humidifier lung, hot tub lung and pigeon fancier’s lung. This man had no relationship with any of these activities, however, so the researchers were stumped, completely overlooking his hobby as a bagpipe player. Finally they looked at his musical instrument and found massive amounts of yeast and fungi living inside. Pink yeast covered all the parts of the instrument, inside and out, and had even infected the case that it was carried in. Every time the man played his pipes he inhaled a mixture of these molds, which eventually killed him.

When inhaled, the molds and funguses trigger inflammation in the lungs which can lead to irreversible scarring. People who work around farms have also contracted HP from breathing dust from moldy hay, but bagpipes are particularly susceptible to harboring the organisms. Andrew Bova, a bagpiper who works at the National Piping Centre in Glasgow, says woodwind instruments should be swabbed down after every playing to get at the moisture that can sit in the nooks and crannies and become moldy. As well as preventing health problems, it can keep the instrument’s wood from becoming damaged.

HP is a fairly new phenomenon among bagpipers. Only recently has the instrument been made with synthetic fabric. When bagpipes were made from leather they needed to be “seasoned” regularly in order to continue working properly. The seasoning contained an antiseptic effect that protected the piper. The new bagpipe material does not need treating, leaving a perfect environment for dangerous spores to thrive in.

The study notes that similar illnesses have affected other wind instrument players, including saxophone and trombonists. Regular cleaning of the instruments is needed to prevent disease. Any musician who gets breathless and develops coughing should have their instrument checked.