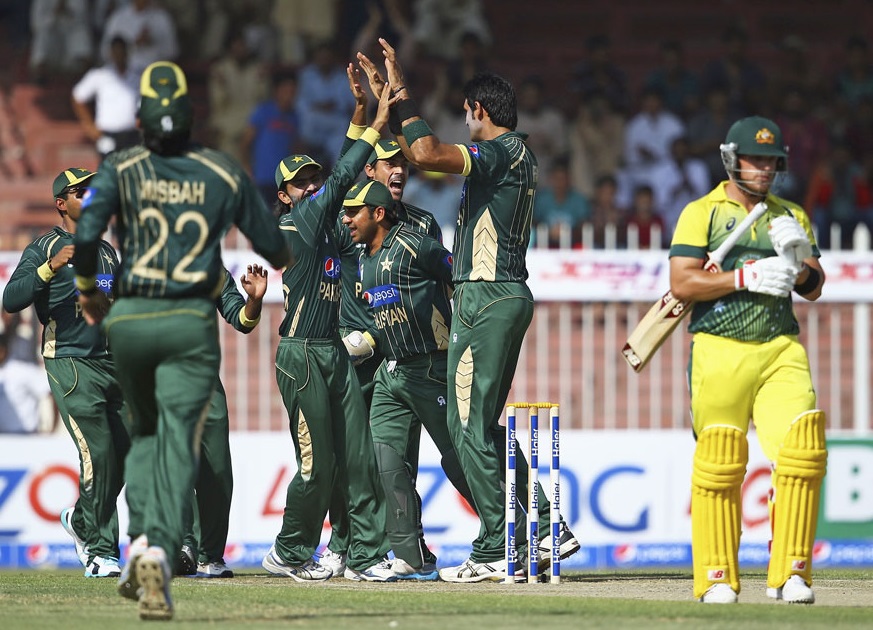 Keeping the discomforting 93-run defeat behind them, Pakistan will look to take revenge against the Australians for the 2nd ODI of the 3-match series at Dubai International Cricket Stadium.

Pakistan wins the toss and decides to bat first. The match starts at 4.30 India Time (3.30 Local).

Pakistan has been facing one of their worst times in the batting department, mainly because they have been without considerable attack.

Their last loss at Sharjah was an eye opener for the entire team that has some serious reworking to be done ahead of the World Cup.

The weather predictions suggest a hot day ahead in Dubai, so the fans and players alike have to be reeling under the scorching heat.

The match will be live telecasted by Tens Sports in India, PTV in Pakistan, Fox Sports in Australia and Zee Cinema in UK.

Catch the live streaming of this match in Pakistan on PTV official sports channel. or HERE.

Australians, despite all the problems related to injuries, seemed to have found form in UAE, where the spin conditions are highly favorable.

The Aussies have taken much benefit of their opponents who are sans their main bowler Saeed Ajmal.

Pakistan, on the other hand, can be a little happy as Shahid Afridi came in form to take three wickets. What remains the concern is the batting line. Despite some good game from Sarfraz Ahmed and Umar Akmal, the team seemed to have no resistance to the diciplined bowling of Australians.

Aussies will keep Steven Smith with the century in mind, but their star bowlers Mitchell Johnson and Lyon remain their main strengths and have the right attack to damage Misbah-ul-Haq and co.

How Pakistan copes with this series defines much of their strategy ahead of the world cup, while Australia seems to have found rhythm, though some shuffles in the team is expected.