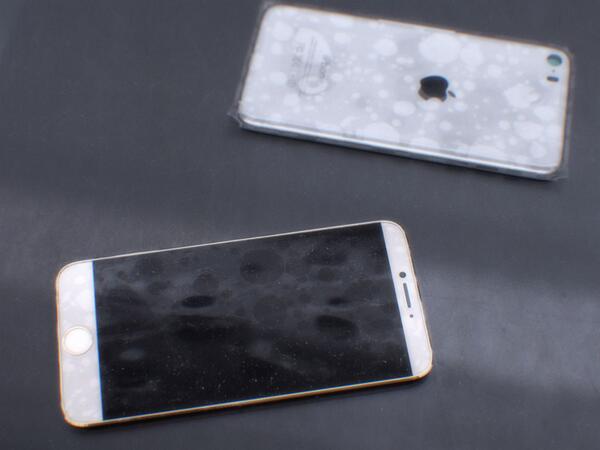 The all new iPhone 6 is considered to be a power pact handset just like its predecessors. The rumors floating in the market say that the 4.7 inch phone supports 1810 mAH battery while the 5.5 inch variant (iPhone 6 plus) is considered to have a 2GB RAM.

If we believe the rumors, the iconic iPhone 6 will be available in white, gold and space gray colors and will be made of sapphire glass which will be scratch resistant, waterproof and shatterproof.

The much hyped iPhone 6 will be more than the Apple fans had imagined it to be.  Barring the mystery of the event it shall be live streamed on Apple’s official website.

Keeping up with the Apple tradition, people suspect the launch of iWatch and the next generation of iPad Air. It might just turn out to be the most successful event of the year if all these products are launched and brought into limelight today.

The Japanese company Macotakara’s speculation about iPhone 5 and 5S proved to be true. For this year they believe that the tech giants will be launching two models, iPhone 6 and the 5.5 inch iPhone 6 plus.

Along with an array of some amazing features and attributes, the leaked pictures of the phone showcase it to have curved edges and a relatively thinner body. An upgradation to almost all features of the phone, iPhone 6 will be a revolution in itself if all the predictions and suspections come true.