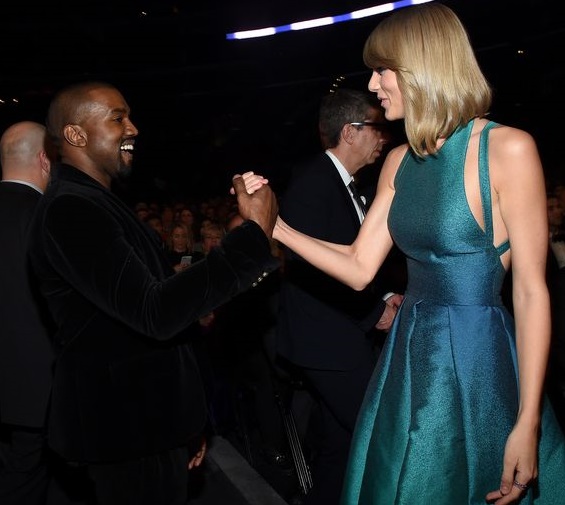 The 57th Annual Grammy Awards that happened on February 8, 2015 had some great moments and even bigger winners, but what made headlines was how Kanye West and Taylor Swift buried the hatchet.

Six years back in the last, the 37-year old West embarrassed the ‘Mean’ singer by butting in her acceptance speech she was giving after winning the Best Female Video at 2009 VMAs. 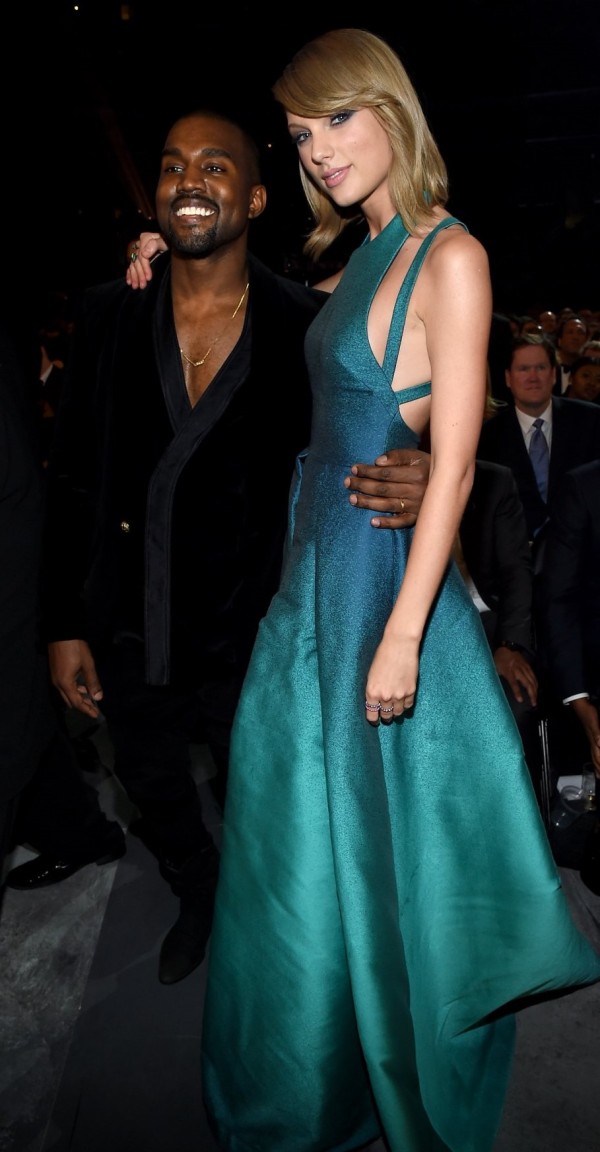 However, on Sunday night, the break in the Grammy Awards saw these two megastars get over the story, and one must praise the 25-year old Swift to be forgiving enough.

The duo engaged in a nice conversation, giving clear indications they have got over the big old story. Even some time back, Swift had made her displeasure for Kanye open to her friends, said a report on HollywoodLife.

It was also further reported West was concerned with Swift collaborating with Justin Timberlake, Jay Z, and Beyonce, and decided to move beyond his ego.

The images that appeared on social sites and various tabloids show the two artists in sync with one another with hands wrapped for showing the warmth.

For now, the fans can be happy that the two stars have come together, although we would want to see them together.

By the way, Taylor made a stunning appearance at the Grammy Awards, looking more than just ravishing in her superb Elie Saab dress.

She completed the look with a nice pair of earrings, and eye makeup that totally suited her Barbie face. Certainly that one of the best carpet looks this year. 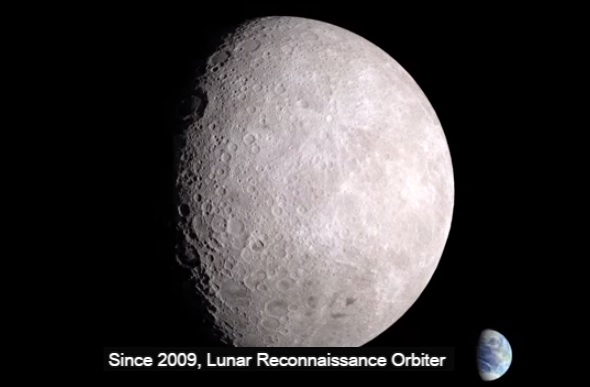 A new video from NASA has been released, which shows the dark side of the moon- the one that’s not visible from Earth, offering insight on the satellite like never before.

The images were captured by Lunar Reconnaissance Orbiter (LRO), and NASA used the images to make a video that tells of the far side of moon.

The moon, the only natural satellite to Earth, has just one side facing the earth, which simply means that people on this planet cannot see the other side of the moon ever without satellite images.

The new video released by NASA shows that the other side of moon is way more different than of what we see from earth. It doesn’t have the dark spots as we see on the far side.

The far side has been found to include numerous craters and is home to Pole-Aitken basin-known to be the major and most ancient impact features in the galaxy.

The first time the other side of the moon was seen was 1959, and the images that were grainy were picked up by Soviet Luna 3.

LRO, coming after five decades since Soviet Luna 3, only improves the vision and offers the scientists and researchers to look into more elements that were captured in pictures before.

Scientists can now boast of detailed maps of the other side of moon with the images that have gone in the making of the video.

The two-minute new video from NASA is available on YouTube for everyone to see. 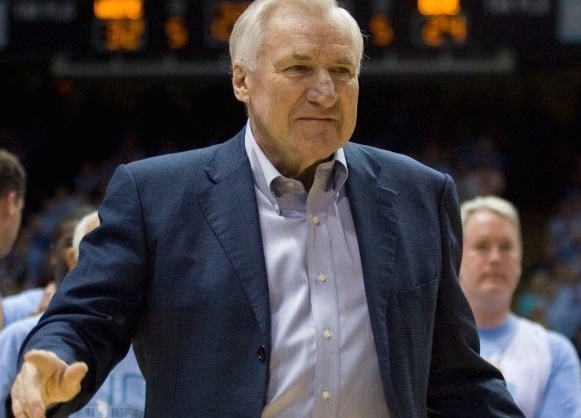 The hall of fame Basketball coach Dean Smith is no more. He passed away at the age of 83 leaving his fans and fellows in a state of shock.

He built North Carolina Tar Heels as one of eminent teams with most number of victories in credit.

Michael Jordan the chairperson of National Basketball Association’s Charlotte Hornets said Dean Smith was more than a coach to him.

He was his best friend and his mentor as well. He taught him the basics of the game and stood in his good, bad and ugly for him.

Michael added that Dean taught him about life through the game. President Obama said: Dean always pushed the sportsman spirit in his team mates.

He always taught to his team mates to point the team mate who passed the ball to him. He also recruited the scholarships for blacks in North Carolina.

He went bravely after fighting with illness in his final years. Dean Smith was known for his goodness with people, he cared for every person he have known.

Dean Smith was a living legend and he was known for his legacy. He his team players were deeply blessed by his preaching.

His old teammates and fellow players are in deep grief. They are shocked after this news came in. Dean won some of the most prestigious awards including national championships and Olympic gold medal.

The basketball coach passed away peacefully leaving behind his wife and five children behind. Smith had issues from 2010 however he kept low about it.

His wife Linnea accepted the honorary Presidential Medal of Freedom on his behalf from President Obama in November 2013. 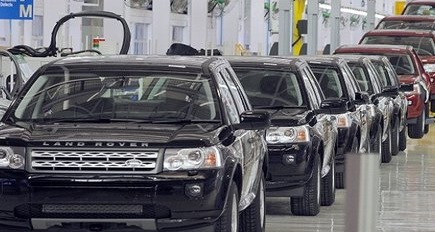 More than 100 K cars made by Jaguar Land Rover will be recalled by the company due to problems with brake hoses and side lights.

As per the recent notice issued by The National Highway Traffic Safety Administration in America, it has been confirmed that nearly 1,04,000 cars will be recalled from the roads.

The British Company is recalling more than 70,000 Range Rovers from North America fearing that one or both front brake hoses could rupture causing a loss of brake fluid.

The company is concerned about models which got into roads in a span which ranges from 2006 – 2012.

The makers of the cars will replace the brake hoses of cars which got affected by the issue. As per the Safety regulators, the investigation on brake hoses initially began on November 2010.

But later, the case was closed due to lack of reports of accidents. A recent report of an accident associated with ruptured brake hoses compelled the company to reopen the investigation on November 2014.

Range Rover and Range Rover Sports which have been made in the year 2013 and 2014 has also been recalled.

The company has concerns over the brake vacuum hoses which are reportedly fitted incorrectly.

Nearly 5,000 Jaguar XK cars will also be recalled due to the malfunctioned sidelights. Many users of Jaguar XK claim that the sidelights will get switched off within 5 minutes.

The recalling campaign will begin of March 13, 2015, and it is expected to build the trust of Jaguar Land Rover in the minds of its customers.

All the vehicles which come out from Jaguar Land Rover production house are engineered and designed in the United Kingdom.