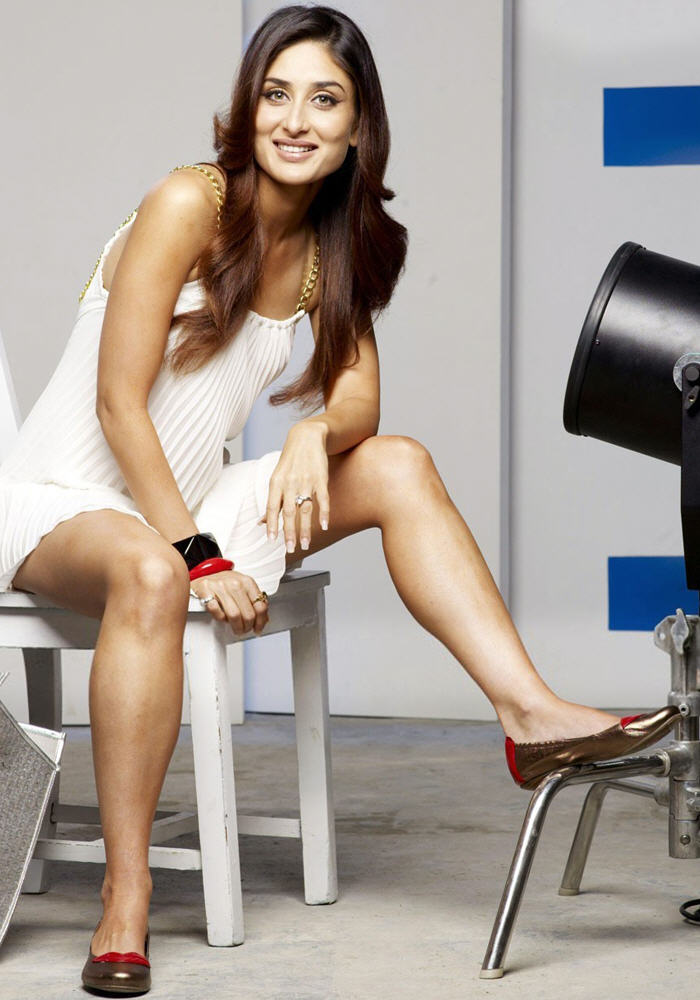 Bollywood flick “Singham Returns” was released in theatres across India and the globe on August 15, 2014 amidst huge expectations.

Screen count for “Singham Returns” in India should be anywhere between 3200 and 3700, with the global screen count predicted to be around 4000.

Despite “Kick” and “Entertainment” still running at the theatres, trade experts are expecting a gala weekend for “Singham Returns”.

The 1st day box office collections of “Singham Returns” should be anywhere between Rs 20-25 crores, given the Independence day holiday. The extended weekend will see the movie cross the 50-crore target with ease.

“Singham Returns” tells the story of ‘Bajirao Singham’, who is now in Mumbai and is looking behind the murder case of one of his colleagues, accused of corruption.

What follows is superb action and high octane drama, and in between, Singham gets the chance to romance his love, played by Kareena Kapoor.

The combo of Ajay Devgn and director Rohit Shetty has churned the entire series of “Golmaal”, “Bol Bachchan” and the first part of “Singham”, with most of them entering the 100-crore club.

To make the movie more appealing, Yo Yo Honey Singh has been roped in for a song called “Ata majhi Satkali”.

Akshay Kumar starrer “Entertainment”, which released last week, is going strong at the box office, which may have some impact on the Ajay starrer. 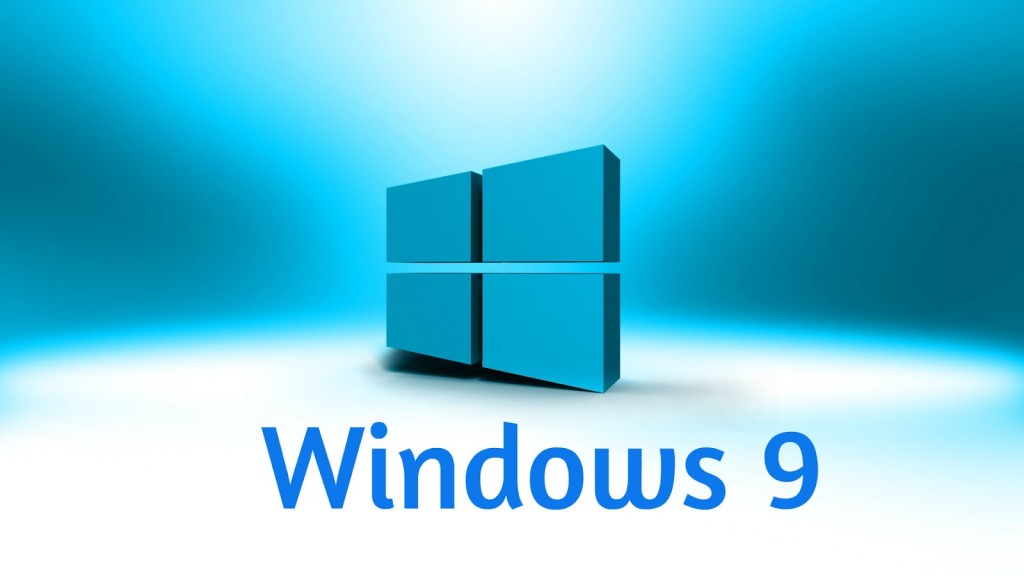 New reports suggest that next year’s Windows 9 release will close the curtain on Microsoft’s controversial Metro user interface for desktop and laptop PCS, though less radical changes will be made to tablet PC and hybrid versions.

We’re heading into silly-season right now in terms of Windows 9 rumor-mongering, but the good news is that at least one repeat-offender delivers a message we’ve all been dying to hear:

Live Tiles are on borrowed time…at least as far as laptops and standard PCs are concerned.

Microsoft’s ‘Metro’ user interface has its perks and its fair share of supporters – millions have bought into the whole hybrid way of doing things. However, it became clear from the start that the radical pseudo-mobile makeover slapped on Windows represented a step forward the vast majority were either unready or unwilling to make.

And with sufficient time having passed to solidify such objections and please for a return to the Windows formula of old, it’s looking like Redmond has taken note.

However, what’s interesting about the latest reports on the subject is the prediction that Live Tiles will indeed be binned form standard computers, but will still play a role in tablet PCs, hybrids and largely any other such touchscreen devices. Each update to Windows 8 so far seems to have brought along another very slight nudge back to the prior winning formula and away from Metro – Windows 9 is now expected to take the final step.

In terms of when we’ll know for sure, the launch of Windows 9 isn’t likely to happen until the spring of next year, meaning Microsoft won’t lift the lid on any details for some months to come. Still, it’s all likely to come as good news to the masses hankering after the Start Menu and standard desktop of old, for whom the addition of Live Tiles represented nothing short of treason. 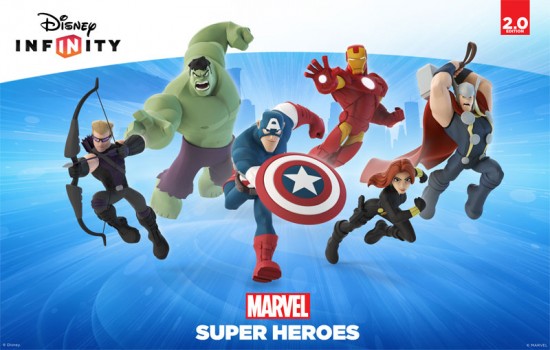 In a press release from earlier this week, Disney Interactive officially announced its newest title, Marvel Super Heroes (2.0 Edition), a game that got leaked sometime back, but is now confirmed and 100 percent official.  The game will be available for a number of different platforms, with a fall release date this year – Disney Infinity: Marvel Super Heroes 2.0 will run on the PS4, PS3, Xbox One, Xbox 360, Wii U, PC, as well as on select Apple smartphones and tablets.  Unfortunately for Android phone users, it looks like the game won’t run on Google’s mobile platform, at least not for the time being.

Disney Infinity: Marvel Super Heroes 2.0 would feature some of Marvel’s most iconic heroes, including The Avengers (Captain America, Hawkeye, The Incredible Hulk, Black Widow, Thor, and Iron Man), but since this is the game’s second edition, gamers should also expect additional figures and play sets.  Only The Avengers, however, would be available upon Marvel Super Heroes 2.0’s release date.  All in all, the game will come with more than 20 new interactive figures, as well as storylines from Marvel comic writer Brian Michael Bendis.  Existing figures and power discs from the first iteration will be compatible with the new title, but old play sets will not; Marvel has also tweaked the Toy Box mode to make it easier for users to share their creations with their friends and family.  An official trailer was released by Disney Infinity to hype the game, with screenshots serving as further teases for the upcoming title.

Disney Infinity: Marvel Super Heroes 2.0’s developing studio, Avalanche Software, also had its own prepared remarks regarding what should be another successful Marvel-based title.  “Marvel Super Heroes fit perfectly into Disney Infinity, and with them we are pushing the platform’s limits of creativity and imagination,” read a statement from Avalanche VP and General Manager John Blackburn. “We’ve enhanced and redesigned the gameplay to match the Marvel characters, while also making it easier than ever for players to express and share their own creativity.” 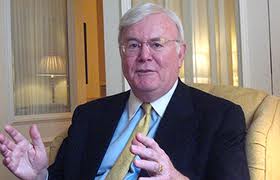 Patrick “Pat” McGovern, the man who founded International Data Corp. (IDC) in 1964 and launched Computerworld in 1967, effectively spearheading the IT press industry, passed away Wednesday at the age of 76. This was announced by IDC offshoot International Data Group (IDG), a startup company that had eventually amassed $3.55 billion in revenue as of 2013. The cause of death was not announced by IDG, as per McGovern’s request to keep all details regarding his health private and within his family.

Aside from Computerworld, International Data Group had been the parent company of many a tech-related publication, including InfoWorld, PCWorld CIO, CSO, NetworkWorld, CiteWorld, and the IDG News Service. All in all, approximately 300 publications, 460 websites, and 700 events are under the IDG umbrella as of this year, 50 years after McGovern founded IDC with friend Fred Kirch. In addition, IDG was also one of the first American companies to tie up with a Chinese company, a milestone that had undoubtedly helped IDG establish a presence in close to 100 countries.  McGovern’s original company, IDC, remains a leader in the IT research space, and currently has about 600 employees in its workforce.  The company also has yet to go public, a decision McGovern had proudly defended despite staunch criticism.

Co-workers past and present remember McGovern as a generous man who been active in charitable causes and someone who would take the effort to personally deliver checks for Christmas bonuses to his employees.  McGovern would remain benevolent and generous towards his employees, even as IDG had moved to a larger home base in Framingham, Mass., and opened offices in California.  He would also send ace reporters postcards should they come up with a standout article or report.  All this helped IDG retain the feel of a small, tightly-knit community despite its actually being a multibillion-dollar enterprise.  As for charitable contributions, McGovern and wife Lore Harp McGovern had helped fund the McGovern Institute for Brain Research in his alma mater of MIT, offering an especially sizable contribution of $350 billion.

In addition to the above accomplishments, McGovern and IDG had also kicked off the popular “For Dummies” series of books, launching “DOS for Dummies” in 1991.  These books sought to explain seemingly high-end concepts to the common person, and similar titles, such as Windows for Dummies, would debut in the years to follow.  Though the For Dummies series is still heavily geared towards software and tech, the series also includes several books about sports and other general interests.