Facebook Chief Executive Mark Zuckerberg and Oculus Chief Executive Brendan Iribe joined about 1,500 people in the real world this week to promote the latest apps that will be available for use in the company’s joint virtual reality venture matching Oculus’ Rift headsets with apps to be sold on Facebook’s Oculus Store.

Speaking at the Oculus Connect convention, Iribe told the crowd that the Rift would be available sometime in the first quarter of 2016, with plans to “start small” but grow to a potential market of millions by the year end. The company plans to work with Asus and Dell on compatible computers to work with the system, according to an article in the Los Angeles Times.

Other companies are also entering the virtual reality sector. Samsung’s Gear VR, selling for $99, works with the company’s Note 5 or Galaxy6 computers. The Oculus Rift, by contrast, replaces the screen and PC with a smartphone.

Both Gear VR and Rift users will be able to purchase games, movies and other apps in an app store, but the apps will have 3D components. Zuckerberg, a surprise speaker at the Oculus Connect conference, told the crowd that the company is committed to virtual reality, and expects that VR platforms will ultimately surpass smartphones and personal computers.

Adam Fritz hasn’t walked in five years, since a motorcycle crash left him paralyzed from the waist down. But a study published this week describes the first-steps he took, with the aid of a computer.

Researchers at the University of California Irvine’s iMove Lab say that Fritz, a disability claims administrator from California, is the first person with this type of spinal cord injury to walk again without robotics.  Instead, the technology used involves a computer algorithm that translates the electrical impulses from Fritz’ brain waves, which are then transmitted to his legs via electrodes attached to his knees, and uses them to activate his legs, according to a Reuters story.

In the experiment, which was captured on video, Fritz is held up partially by an overhead harness but is able to move his body forward twelve feet, walking on his own with the computer brain propelling him. Fritz spent a year training with a virtual reality simulator before taking the twelve-foot walk. He says that he was concentrating so intensely on walking during the experiment that the most challenging part was stopping.

Fritz has volunteered to continue with further studies, which will involve miniaturized brain implants that are expected to give the patient greater control and potentially offer the sensation of pressure on his feet, for improved balance and support.

A Facebook group of more than 17,000 women who say they have suffered chronic pain, heavy bleeding, fatigue and skin allergies from a contraceptive device has prompted the Food and Drug Administration (FDA) to call for an expert panel to review the safety of the product.

The pharmaceutical and medical device maker Bayer AG produces the Essure brand contraceptive, a permanent intrauterine device (IUD) made of  nickel-titanium coils that are inserted into the vagina to prevent pregnancy. Bayer says that about 750,000 devices have been sold, most of them in the U.S.

But after complaints from women who use the device, including from the Facebook group, the FDA this week made public its list of questions for a panel of outside experts, according to Reuters. The questions include possible issues about a product warning label and about further studies to review the possible side effects from the device.

One doctor suggested a stronger screening process to avoid using the device in women who might be susceptible to problems, such as women who have had a history of uterine fibroids. Another cautioned that doctors should counsel patients before they choose Essure, noting that they should warn patients that implanting the device is a surgical procedure and that some patients have reported complications.

In a policy speech in Seattle on Tuesday, Chinese President Xi Jinping told the audience of Chinese and American business and government leaders that his country is ready to join the United States in its cyber-security efforts, noting that China has also been the victim of cyber crimes.

American officials have warned that Chinese hacking of U.S. government and business interests is reaching epidemic levels, according to an Associated Press story.

President Xi’s visit also highlights the top priority of an international trade deal, as the Chinese leader pledged to keep China open for trade with the U.S. and the rest of the world.

In meetings with Governors from California, Washington, Oregon, Iowa and Michigan, President Xi and Chinese business leaders also struck a deal to work together on clean energy technologies, reducing transportation emissions, and exchanging research. Last year, Presidents Xi and Obama announced their commitment to working together to fight climate change. China invested more than any other country in renewable energy last year, topping the list at $83 billion invested.

On his trip, Xi is scheduled to tour Seattle-area businesses Boeing and Microsoft, and visit an area high school. A group of protesters challenging China’s occupation of Tibet and other human rights abuses gathered outside Xi’s hotel during his speech on Tuesday evening.

Chocolate may or may not be good for your health, but food giant Nestle isn’t taking chances when it comes to profitable business developments. The food maker is looking to build its medical products division, with its latest entry a diagnostic test for Alzheimer’s disease.

Nestle’s announcement is the second time in a week that the company has released news about a new deal for its small but growing medical products division, according to a Reuters story. Late last week the company announced it was collaborating on a new treatment for ulcerative colitis,  a chronic disease of the large intestine sometimes called inflammatory bowel disease.

Nestle has been making larger investments in medical technologies over the last two years, as the sector generally has higher profit margins than the company’s traditional food businesses. The Alzheimer’s project, a collaboration with the Swiss biotech firm AC Immune, will be based on a test for a protein that creates brain markers that signal the onset f Alzheimer’s disease.

Common-sense advice for a healthier diet has long rested on the blanket statement that your diet should include several servings daily of fresh fruit and vegetables. But new research shows that people may be eating the wrong plant foods, and thus failing to lose unwanted pounds.

The study of almost 118,000 healthy Americans followed over 24 years was published this week in the journal PLoS Medicine, according to an article in the Los Angeles Times. The research shows that people eating mostly starchy vegetables like potatoes, corn and peas were more likely to gain weight, while those eating other fruit and vegetables were less likely to gain weight.

In even greater detail, those who increased their intake of blueberries, prunes, apples, pears, strawberries, grapes (or raisins) and grapefruit were least likely to gain weight.

The researchers found one exception to the finding that linked weight gain to starchy plants: those who ate more soybeans and tofu were highly protected from weight gain.

Fruits and vegetables may confer protection from weight gain due to the high polyphenol content in many plants. Polyphenols are phytochemicals that have been linked to important health benefits, in particular as anti-oxidants. The researchers also believe that increasing consumption of fruits and vegetables helps protect against weight loss by providing calories that might otherwise be satisfied with calorie-dense sweets or fatty foods.

On Monday, tech giant Apple announced it would sell its first car in 2019, but a former auto industry executive warns that the company may be in over its head when it comes to making cars.

Former General Motors and BMW executive Bob Lutz was extremely skeptical about Apple’s entry into the car-making business, according to an article by the Christian Science Monitor. Lutz warns that Apple’s car, expected to be an all-electric model, would be costly to build, with lower profit margins than Apple is accustomed to with its line of personal electronics.

Lutz also cautioned that the electric car market maintains just a tiny fraction of the overall auto sector, and noted that Apple has no expertise in the battery issues that are crucial to the profitability of electric vehicles. While other tech companies are researching fully autonomous vehicles, Apple is expected to be focusing on electrification, with autonomous features to be added later.

Lutz did allow that Apple could farm-out production of the car to an experienced auto maker like Hyundai or a Chinese manufacturer, as they already do with many of their small electronics. Apple may be planning to triple the number of employees in its unconfirmed car division, from 600 to 1800. 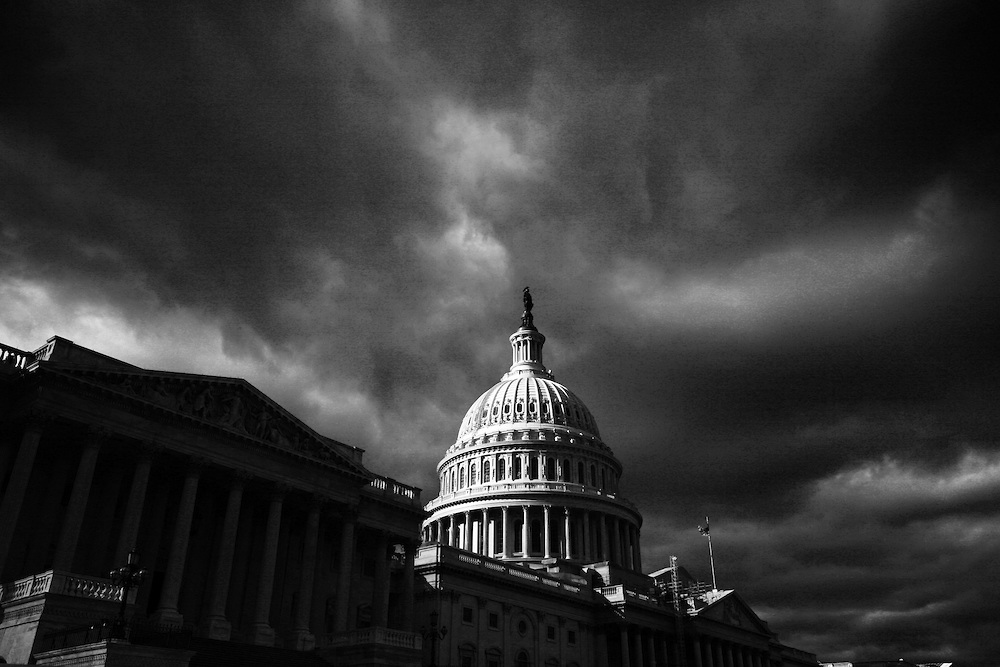 Privacy advocates have long warned us that the government may be reading our emails and other online communications. But now the U.S. government is being warned that its communications need to make more consistent use of encryption to protect email, texts and phone calls.

A letter from the American Civil Liberties Union (ACLU) this week to top government security staff notes that Congress members and their staffers are not very security-conscious and may be at risk from foreign governments, criminals, hackers and even other branches of the government. The civil liberties group’s letter noted that government-wide use of widely available encryption technologies is essential for both personal privacy and national security, according to a Washington Post story.

In July, the federal Office of Personnel Management (OPM) acknowledged that the security clearances, social security numbers, and other personal information of more than 22 million people inside and outside of the government had been stolen by Chinese hackers. 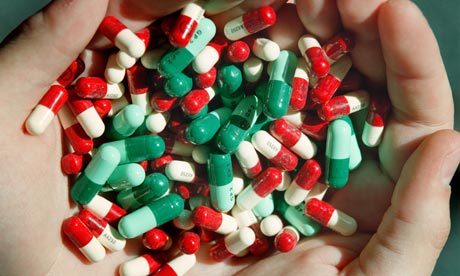 When you visit the doctor, you expect your treatment will be decided solely based on the best care available. But for some patients whose doctors referred them to Adventist Health hospitals, an illegal kickback scheme may have influenced their doctors’ decisions.

The federal government and four states will receive $118.7 million as the result of a legal settlement with the Florida-based hospital chain Adventist Health System, according to a story in Reuters. The settlement is the largest ever in a case involving hospitals paying kickbacks to doctors for referrals, according to a lawyer for the plaintiffs. 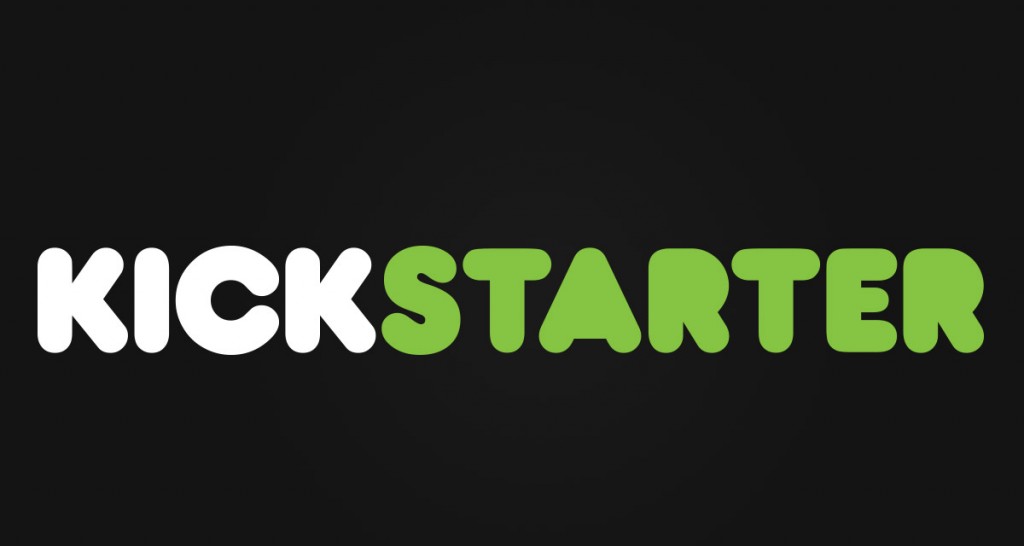 You may feel good about giving to worthy projects online, but now Kickstarter wants you to feel even better.

The crowd-funding giant announced this week that it is becoming a “public benefit” corporation, according to a story in the New York Times. Public benefit corporations add certain responsibilities into the corporation’s charter, with the legal obligation to chart and report on activities beyond its direct services that provide positive value to society.

Kickstarter co-founders Yancey Strickler and Perry Chen say that they are making the move to stand out in the tech sector, where the public perception is that money-making is the sole driving force. While other for-profit companies are responsible only to shareholders, being a public benefit corporation means that the company voluntarily agrees to also consider the impact of their decisions on workers, the community, and the environment.

Kickstarter’s mission is “to help bring creative projects to life.” The company states that, since 2009, 9.5 million people have pledged support of projects, with $2 billion raised for more than 90,000 projects posted by designers, support specialists, writers, musicians, painters, poets, gamers, robot-builders and others.

Last year, Kickstarter was designated a “B Corporation,” which binds the company to a set of strict environmental and social responsibility metrics.