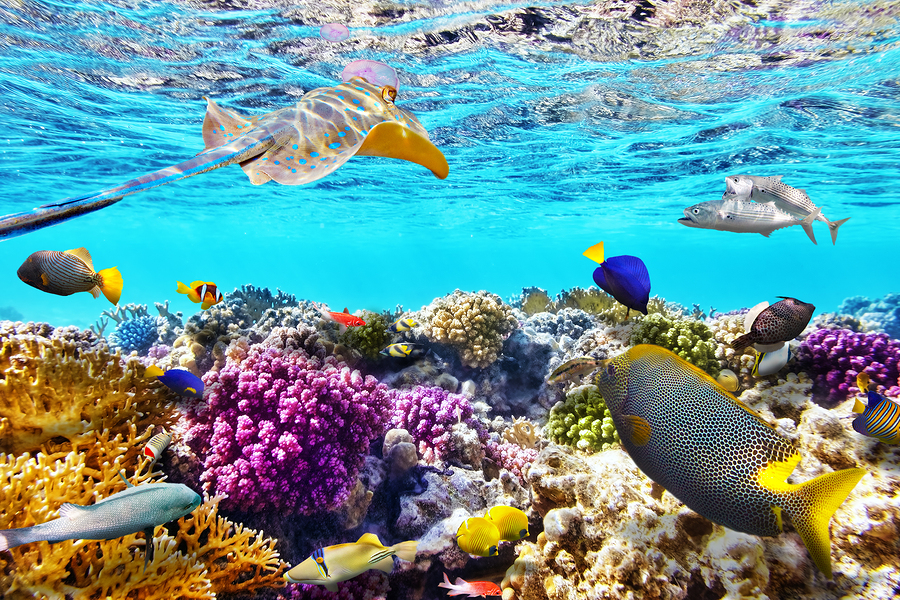 A report claims that the Great Barrier Reef has officially died, but the scientific community says otherwise, although, the reef is dangerously close to extinction.

The publication, Outside Magazine, published a false report that the Great Barrier Reef was officially consumed by environmental abuse. It was written to draw attention to the climate change debate and was written as an obituary dating its lifespan from 25 million BC to 2016, saying, “The Great Barrier Reef of Australia passed away in 2016 after a long illness. It was 25 million years old.” The article detailed its crucial role in the ecological cycle, global fame, and its waning health because of coral bleaching.

The Great Barrier Reef is the most expansive coral reef ecosystem covering 300,000 square kilometers with over 3,000 reefs, 600 islands, and 300 coral cays. It’s designated as a UNESCO World Heritage landmark.

But scientists and social media users were appalled by the article’s ruse. Russell Brainard, chief of the Coral Reef Ecosystem Program at NOAA’s Pacific Islands Fisheries Science Center informed HuffPost that audiences without context “are going to take it at face value that the Great Barrier Reef is dead.”

In fact, the writer of the obituary isn’t even a scientist—he’s a food and environment writer. But the article is believed to have credence, as other news outlets are sourcing its claim.

Concerned audiences are using Twitter to express the truth. Cornell Cooperative Extension at Rockland County, which focuses on environmental sustainability, tweeted that the “Great Barrier Reef is Dying NOT Dead! ‘The message should be that it isn’t too late… not we should all give up.'”

The Great Barrier Reef is indeed succumbing to hazards. The ARC Centre of Excellence for Coral Reef Studies reported 93% of the reef is damaged by coral bleaching to the point of possible extinction. Bleaching is a phenomenon caused by drastic changes in temperature, light, or nutrients. Under these conditions, the reef releases symbiotic algae from their tissues, turning them white.

Coral bleaching, mining, fossil fuels, and over-fishing have collectively over decades put the reef at risk. Governments, the scientific community, and charities are teaming up to sustain its lifespan.