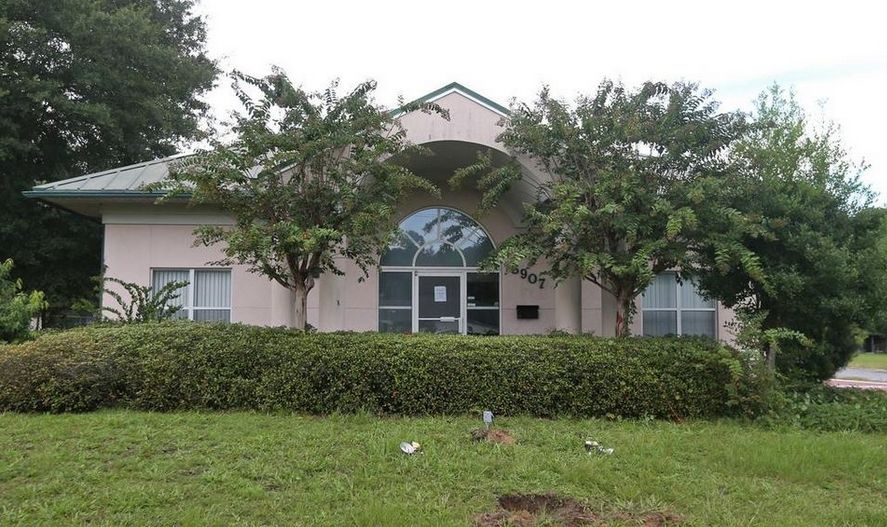 Two employees at Brock’s Home Town Funeral Home in Callaway Florida have been arrested after an anonymous tip led officials to discover multiple rotting bodies inside the facility on Sunday night. Funeral director Gregory Dunphy, 64, and Felicia Boesch, 39, who is the manager of the funeral home and the daughter of the owner, are charged with a total of 16 misdemeanor counts for unlawful storage of human remains. Each count can be punished by up to a year in prison or a $1,000 fine.

According to the Washington Post, Dunphy claims to have made the call alerting the authorities to the situation in the funeral home. When they arrived, they were met with the stench of death and flies throughout the building. Ten bodies were inside a refrigerator that was supposed to be kept at 40 degrees but was instead set at 62. Six more bodies were being kept in the main part of the funeral home without any refrigeration. None had been embalmed, and cremations had also not been done.

Family members of the deceased are outraged at the lack of care the bodies of their loved ones had received. In a Facebook post, Shannon Doughterty Bailey wrote that her family had been told that their grandmother had been cremated, and that Brock’s was just waiting on a specially-ordered urn before giving them the remains. “Instead her body was rotting away in a freezer,” she wrote.

Dunphy blames the situation on Boesch, who he said was in charge of cremations. Dunphy claimed he did not have access to either the crematorium or the refrigerated room where state law requires bodies that have not been embalmed to be stored. He had only been working at the home for three weeks, after Boesch asked him to come and help out. He said that he told her the situation at the facilities “needs to be rectified.”

Dunphy said that Boesch told him she would be picking up gas so that the cremations could be performed, and that the remains that were not refrigerated would be going into the cooler as soon as the cremations took place. “Turns out, she did not get gas … for the [furnace] to operate and because of that her refrigeration area became full,” he said. The funeral director said that, according to Florida law, none of the bodies needed to be embalmed because all were scheduled to be cremated.

As bodies began to bloat in the hallway, Dunphy said he tried to borrow body bags or cooler storage place from rival funeral homes, but eventually couldn’t stand the conditions any longer and called the sheriff’s office. Dunphy is now wondering why he is in jail.

Despite the out-of-control conditions inside Brock’s, the funeral home continued to operate, accepting more bodies. The funeral home is now permanently closed, as Brock’s has surrendered its funeral home and crematorium licenses and its owners are dismantling the business. The bodies are being held by the medical examiners office.

Family members of the deceased may be faced with paying a second time for the cremations, which will need to be handled by a second funeral home.