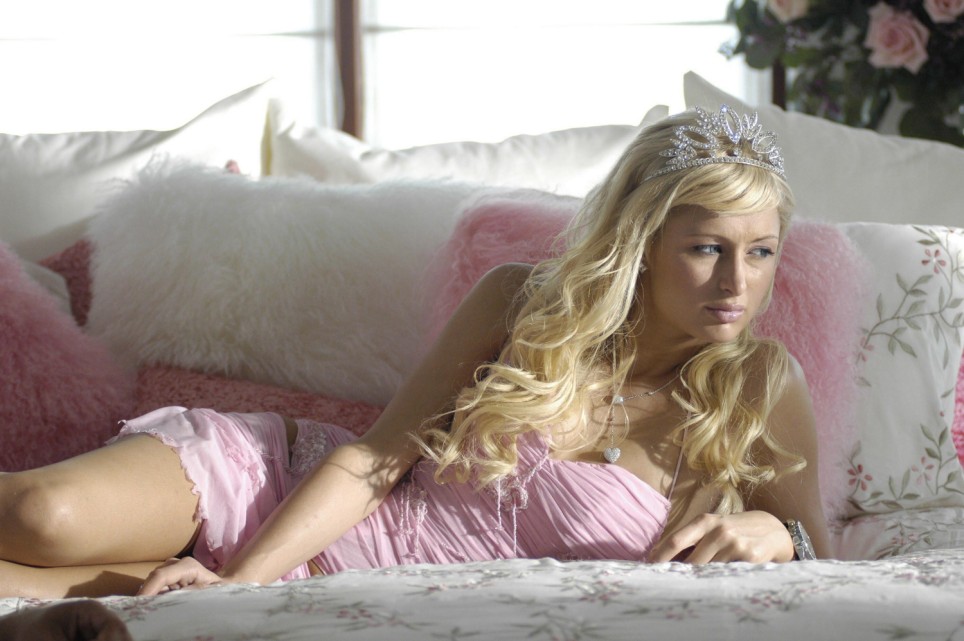 Paris Hilton was infamously sued for failing to promote her starring role in National Lampoon's Pledge This!

Every movie will have its fervent fans and its fierce detractors. It’s the nature of the beast since art is subjective. It’s like the old garage sale adage: one person’s trash is another’s treasure. It got me thinking the other day; were there any movies that not a single critic thought was fresh on Rotten Tomatoes? The answer was not just a yes, but it was a resounding yes. I couldn’t believe how many movies have a 0% rating on Rotten Tomatoes. 2015 had 15 movies with a 0% fresh rating while 2014 saw a robust 21 movies deemed rotten. 2016 must be a relatively good year for films since only 6 films so far have received the dreaded 0% rating.

So how did I narrow my list to just ten movies? Well, while perusing the list, most of the movies were obscure, direct-to-video bombs I had never heard of. I decided to focus on big names. Maybe the movie was a remake or sequel to a hit. Maybe the movie had one – or many – universally recognized actors. Maybe a movie had both. The thing they all have in common is that I was surprised (at least for some of these) that not a single critic found any of these films even slightly fresh. (If you’ve read some of the “fresh” reviews, the review is almost so negative, it makes you wonder how that critic found the film to be fresh – if even ever so slightly.) For the record, I haven’t seen any movies on the list, so I have no personal bias. With that being said, let’s look at the list.

Eli Roth’s 2002 film was a hit. In remake-happy Hollywood, an update was probably unavoidable. Any successful horror film is almost inevitably remade years later. The problem was maybe 14 years wasn’t later enough for this sequel. Hopefully some studio execs learned a lesson (though probably not): maybe not every successful movie needs a remake. Or a sequel. Or a prequel. Or a reboot. Sometimes it’s best to leave good enough alone.

Faith-based film is quickly becoming an increasingly popular genre as studios are realizing that there is an underserved audience. The problem with faith-based films is that many of them just aren’t very good. This is common among many niche genres. Like, how many good gay-themed movies have you seen? Probably not many. Star Kirk Cameron was the “name” in this movie, but he’s also a polarizing “name.” He went online to plead with fans “to storm the gates of Rotten Tomatoes” to protest the film’s 0% rating which caused even more backlash. The film managed to turn a profit anyways, so maybe Cameron was able to save Christmas after all.

The list of films with a 0% fresh rating is heavily populated with horror remakes and sequels. This 2013 sequel to the 2010 remake of the 1978 cult classic is one of just many on the list. I have seen the 1978 original. I don’t consider it a horror movie at all, but it’s classified as one for some reason. I’m not sure what other category is more convenient for a rape revenge thriller anyways. Lest I digress, but a rape revenge thriller is going to be a hard sell no matter what. Apparently it was too hard of a sell for even the staunchest of horror fan critics.

This is another romantic comedy that sounded great on paper. Director Rob Hedden was an award-winning filmmaker who had a film exhibited at The Smithsonian. You had a respectable cast of Dave Annable (ABC’s “Brothers & Sisters”), Katharine McPhee, Mena Suvari, Kathy Bates, Tia Carrere and Rob Schneider. This was a film that tried to capture a Romancing the Stone vibe, but, unfortunately, just sank like a stone instead.

Adam Sandler produced this film through his Happy Madison production company. Two things used to be true for almost every Adam Sandler film: it would make money but critics would hate it. Unfortunately for Bucky, critics hated it, but it didn’t make any money. Every year, when the Golden Raspberries (Razzies) hand out their awards for the worst in film for the year, Adam Sandler films are always well-represented. Fortunately for Bucky, Adam Sandler released Jack & Jill the same year which would go on to win a record number of Razzies that year including Worst Picture of the Year, beating (?) out Bucky in the process.

The Tchaikovsky composition is one of the most popular ballets in history. Everyone knows the music; its score is ubiquitous every December. When you throw in more-than-capable actors like Elle Fanning, Nathan Lane and John Turturro, it sure sounded like a soon-to-be Christmas classic. Sometimes bold ideas work. Sometimes they don’t. In this case, the bold decision to not have ballet scenes in the film probably hurt. Whatever the reason, The Nutcracker in 3D failed to crack the box office, losing tens of millions of dollars in the process.

Don’t ever say I’ve never given you anything. You get 11 films for the price of 10 since I’m counting these two direct-to-video sequels as one. The original, 1987’s The Lost Boys, was a huge hit and helped launch the careers of its director, Joel Schumacher, and its stars like Jason Patric and Keifer Sutherland. Though Corey Feldman had his 15 minutes of fame in the ‘80s as one of the Coreys along with co-star Corey Haim, he didn’t go on to have the career that some of his castmates went on to have. Feldman starred in the two sequels, probably hoping to cash in on Gen X nostalgia. Unfortunately, though the 2008 version sold enough DVDs to greenlight a sequel, neither sequel was able to cash in with critics.

There was a time when the National Lampoon label garnered respect. Animal House and Vacation are comedy classics that always rate high on various Best Comedy Film lists. Heck, though not quite as classic, Van Wilder was a hit and launched the career of Ryan Reynolds. Over time, however, the National Lampoon brand became diluted with crappy comedies hoping to cash in on name only. Speaking of name cashing, Pledge This! starred Paris Hilton whose name strikes fear in the hearts of cinephiles everywhere. Neither the National Lampoon name nor the Hilton name were able to get this college sorority comedy any bids with the critic fraternity.

Disney has a long history of releasing straight-to-DVD sequels to their box office hits. Again, this is a project that sounded good on paper and is respectable in its diversity. The Asian community is severely underrepresented on film and the Mulan II voice cast was a veritable who’s who of Asian actors: Ming-Na Wen, B.D. Wong, Lucy Liu, Sandra Oh, Gedde Watanabe, Lauren Tom, Pat Morita and George Takei. Sure, kids will watch anything, but just because they will doesn’t mean they should. From a diversity standpoint, you have to give Mulan II a passing grade for effort, but, from its reviews, a failing grade for execution.