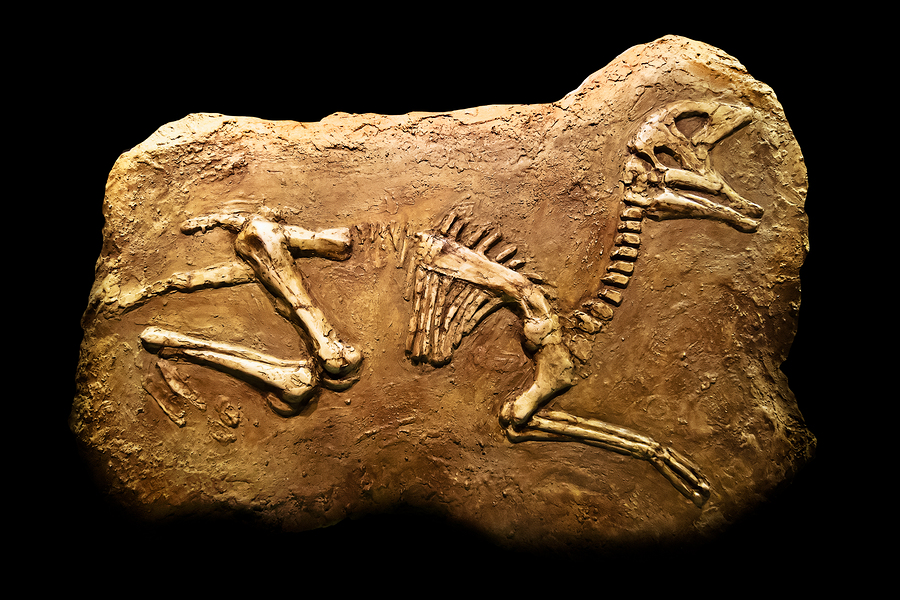 Researchers have discovered the 70-million-year-old fossilized elbow of a dinosaur that shows evidence of septic arthritis. This makes it the oldest case of the painful condition to ever be found. Apparently, just like humans, dinosaurs suffered the pain of joint inflammation caused by an infection that settles in the joint. Only the two forearm bones were found, so it is uncertain what kind of dinosaur it was, but the researchers say it probably was a hadrosaur, a type of duck-billed dinosaur.

The findings were reported August 2 in Royal Society Open Science. The fossilized bones were covered with a growth resembling the texture of cauliflower. Underneath the growth, the elbow joint had completely disintegrated and then fused together.

Jennifer Anné, lead study author from the University of Manchester in Britain, said, “It probably had a partially bent arm with either little or no movement at the elbow. Kind of like Igor from Frankenstein. It also probably would have had a limp.

The bones were actually discovered over a decade ago, but at that time the appropriate tools did not exist to study them in enough depth to discover the arthritis. This is because the bones were affected by pyrite disease, which causes them to turn to dust when touched. A micro computed tomography (micro-CT) scanner at Harvard University enabled the team to look through the rock and bone and see what was inside. Once they got through the obstructions they compared what they found to symptoms seen in other animals, ultimately concluding that the dinosaur suffered from septic arthritis.

Unfortunately, the team cannot follow up with further studies since no other bones were found. However, Anné says she is betting the arthritis would at least have also affected the upper arm at the elbow joint as well.