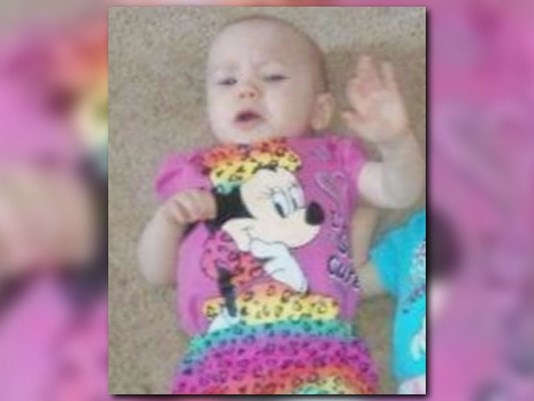 Kimberly Nicole Martines, 23, admitted that she fed her 17-month-old daughter a teaspoon of salt

A 17-month-old child has died and her mother has been charged with homicide by child abuse in Spartanburg, South Carolina after Peyton was poisoned with salt. Kimberly Nicole Martines, 23, admitted that she fed her child a teaspoon of salt in an attempt to get her husband to take her back. The two are separated and their three children live with Martines. The little girl was pronounced brain dead on Tuesday and died Wednesday afternoon.

The Medical staff at Spartanburg Medical Center called authorities on Sunday morning after diagnosing the child with an acute case of salt poisoning, called hypernatremia. Although sodium is essential to health, too much is poisonous and can cause seizures, coma and death. Too much sodium causes water to rush out of the cells, causing damage especially to brain cells. As the cells shrink due to lack of water they are torn out of their usual locations. The torn blood vessels can cause fluid in the lunch, kidney damage and seizures.

Martines admitted that she fed Peyton a teaspoon of salt followed by a drink. She was awakened later when the child started screaming. Martines told sheriff’s deputies that the baby was hot and appeared to be having seizures. Emergency personnel took her to Spartanburg Medical Center, where it was confirmed that she had suffered salt poisoning.

Peyton’s pediatrician expressed concern about the baby’s poor weight gain in November 2015 and referred her to a GI doctor and BabyNet. Martines cancelled the BabyNet appointment and did not show up for the GI appointment.

Tiffany Lazar, Martines’ sister, told a local news outlet that Martines “was a great mother,” who would never have done anything to hurt her kids. “There’s a lot more that went on than people understand. No one should judge her at all, and there’s nothing in this world that would make her hurt her babies.”

Peyton’s twin sister ha been placed into protective custody with the Department of Social Services, as has an older sibling. Bond has not been set for Martines due to the severity of the charge.