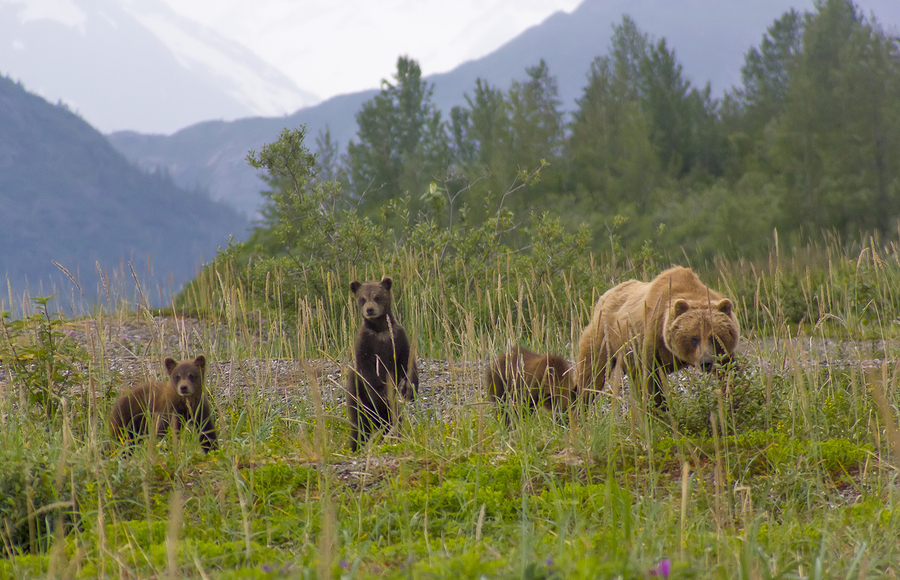 On Wednesday, 38-year-old Brad Treat was mountain biking with a friend in the Flathead National Forest near Glacier National Park on Wednesday when they surprised a bear. Treat was knocked off his bike by the bear, which is thought to have been a grizzly. The second rider went to look for help. Treat’s body was found later at the scene, but the bear is still missing.

Treat, who grew up in nearby Kalispell, Mont., was an experienced back country runner and cyclist. He was a U.S. Forest Service law enforcement officer. He was married and lived just across the highway from the trail where he died.

The attack is under investigation by the Montana Department of Fish, Wildlife and Parks’ Wildlife Human Attack Response Team. There is no information at this time as to whether or not the bear is still in the area.

Although grizzlies in the lower 48 states have been designated as a threatened species, the bear may be killed if it is found. Officials say that if bears that attack humans are found to display predatory behavior, such as consuming their victim or stalking a person, they are killed. However, it is still not known if the bear was protecting a food cache or was perhaps a mother with cubs. It may just have reacted to the sudden appearance of the mountain bikers.

Montana Fish, Wildlife and Parks spokesman Ron Aasheim said, “One of the things that is key to all this is whether it was a predatory act. I don’t think there’s any sense that this was predatory.”

Bears can range for miles, and the area of the attack is dense with grizzlies, which will make it difficult to confirm which bear was responsible. To confirm the identity of the bear, DNA is typically collected from the bear and compared with evidence at the scene. Bike marks and other injuries to the victim will also be examined. Wildlife officials are now testing DNA to establish whether it was a black bear or a grizzly.