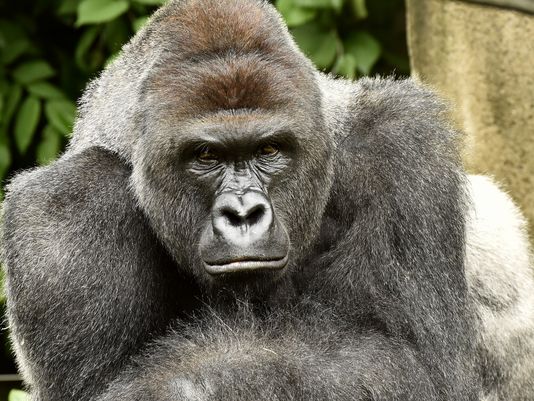 On Saturday, the Cincinnati Zoo killed a rare gorilla named Harambe in order to save a 4-year-old boy who slipped through the barrier and into the enclosure, where he then fell 10 to 12 feet into the moat. The western lowland gorilla gorilla grabbed the boy and stood over him, occasionally dragging him through the water at high speeds. The child was in the gorilla exhibit for about 10 minutes before the zoo’s Dangerous Animal Response Team determined that the situation was life-threatening and shot the 400-pound animal.

According to a Cincinnati Fire Department press release, first responders saw the gorilla “violently dragging and throwing the child.” Some onlookers claimed the huge animal was trying to protect the little boy, but officials took no chances. They chose to shoot Harambe with a rifle rather than tranquilize him. Thane Maynard, director of the Cincinnati Zoo & Botanical Garden, explained in a statement that, “Tranquilizers do not take effect for several minutes, and that child was in imminent danger. On top of that, the impact from the dart could agitate the animal and cause the situation to get much worse.”

The boy was taken to this hospital. He was reported to have a concussion, but was released Saturday evening.

The boy apparently went under a rail, then through wires and over a moat wall to get into the gorilla’s enclosure. The incident has set off a viral uproar on the Internet, with accusations blaming the child’s mother for not keeping an eye on the little boy, and outrage that the zoo chose to kill the animal. Some have suggested that the parents of the boy be held criminally responsible for the loss of the gorilla’s life. However, Cincinnati Police department’s public information officer Lieutenant Stephen Saunders says he is unaware of any intentions to charge the parents at this time.

One witness, who captured part of the incident on her phone, told CNN that she had overheard the boy joking to his mother that he was going to go into the water.

Michelle Gregg, the child’s mother, took to Facebook on Monday to defend herself from the angry social media backlash. She thanked those who helped in the incident, expressed sorry for the loss of Harambe, and said, “Accidents happen but I am thankful that the right people were in the right place today.”

Many onlookers were videoing the event. The mother of the child could be heard saying, “Mommy’s right here.” The videos initially show Harambe standing apparently trying to help the boy. However, he seems to become increasingly agitated as the crowd gets louder, eventually tossing the child into a corner of the moat and standing over him, then dragging him through the water by the foot.

The incident is the first of its kind at the Cincinnati Zoo’s Gorilla World exhibit.