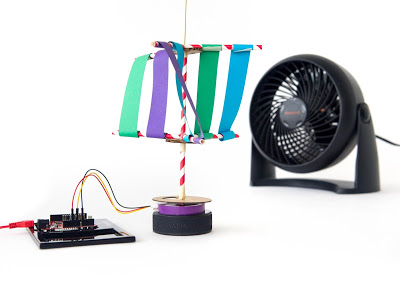 Google just announced the release of a new Android app that is part of the company’s “Making & Science” initiative, that will allow users to collect and record data in their surroundings.

“To bring out that inner scientist in all of us, today we’re introducing Science Journal:  a digital science notebook that helps kids (and adults!) measure and explore the world around them,” said the company’s announcement.  “With this app, you can record data from sensors on your Android phone (or connected via an Arduino), take notes, observe, interpret and predict. Fundamentally, we think this application will help you learn how to think like a scientist!”

The app, Science Journal, uses the phone’s sensors, or you can connect to external sensing devices, to conduct experiments, organize your projects and take scientific notes to review later, according to the Google Play Store.

Google has also partnered with a California-based learning laboratory, Exploratium, to design kits that may used in conjunction with the Science Journal app for doing experiments and evaluations.  “These kits include inexpensive sensors, microcontrollers and craft supplies that bring science to life in new ways,” according the Google.

The release continues to say these kits are available for purchase in the US, or “can even be assembled yourself.”

Google adds their goal goes beyond inspiring budding scientists and makers.  As part of the Google Field Trip Days project, the company says it has sent over 120,000 kids to their local science museum.  The internet giant also has provided over 350,000 pairs of safety glasses to students at schools to keep young scientists safe.

The announcement continues, “Science is also fundamentally about improving the world around you. It’s not just memorizing facts, wearing a lab coat or listening to a lecture. It’s observing the world around us to figure out how it works and how we can make things better through experimentation and discovery.”

The app is available for free and can be downloaded from the Google Play Store.  Users will need an Android-running smartphone with 4.4 Kitkat to use the app.