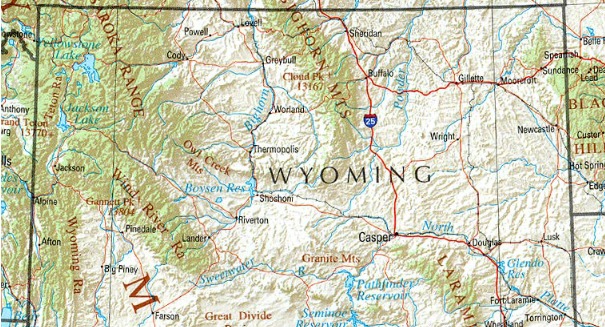 Loss of coal mining jobs will seriously impact the state.

The state of Wyoming is facing a real crisis economically, primarily because of the loss of coal mining jobs in the area, which make up about 15 percent of the total work force, according to the Casper Star-Tribune.

And the announcement by Peabody Energy and Arch Coal on Thursday of cutting of 460 jobs at America’s two largest coal mines is just adding more misery.  The Black Thunder coal mine near Wright, Wyoming, and the North Antelope Rochelle mine, south of Gillette, plan to reduce their work forces by 15 percent.  It’s is a story that is all to familiar to the citizens of the state.

But it isn’t just the coal mining jobs that will be impacted.  All the support jobs from what are primarily mining towns will feed the cutbacks as well.  Businesses in the affected areas will suffer, if not immediately, over the long run, as jobs at schools, hotels and small businesses in the area feel the loss of revenue and some may be forced to close as well.

An industry once considered essential to American economy is reeling under increased regulatory restrictions, and pressure from environmental groups, and many of the residents blame Washington for the problems.  The industry is also being squeezed by competition from inexpensive natural gas and a declining demand for coal in both the United States and China.

Peabody Energy has appealed to its creditors for an extra 30 days to pay its debts, with concerns over huge liabilities from polluted mine sites, facing expensive clean ups, according to the Washington Post.  Additionally, two of the four largest US coal companies have filed for bankruptcy in the past six months.

“It’s just devastating for a community,” said Brandi Harlow, Wright Economic Development coordinator.  We’re such a small, tight-knit community. Everybody in Wright is touched by coal mine jobs.”

Meanwhile, residents in Wyoming plan to take it all in stride, as many say they don’t necessarily blame the coal companies.  One resident said you could read the writing on the wall, and in the end, he was just a number of many that lost their livelihoods.

Most say they would prefer to stay in the area, but when it is all said and done, they have to make a living.