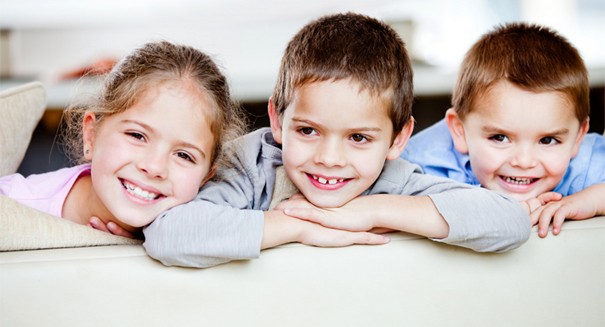 New finding on childhood obesity has researchers looking for answers.

New research has uncovered a link to childhood obesity that has scientists struggling to understand, that being a child who has a younger sibling born before the beginning of preschool has a lower risk of becoming obese than those without a younger brother or sister.

The findings, released in a statement from the University of Michigan Health System, says children who do not have a younger sibling, born before they reach the age of four, are three times more likely to be obese by the time they finish attending kindergarten.

The study was not a small sampling, involving 697 children, and the outcome has the researchers scrambling to determine the reason for the answers.  The news, if proven true in additional research, could be a key to tackling the obesity epidemic plaguing school age children in the United States.  Determining the cause of the phenomenon could lead to a course of treatment or therapy the could help prevent childhood obesity, which in many cases leads to a myriad of health issues as they become adults.

Of course, the study did not confirm that being an only child meant you would automatically become overweight or obese, nor did it suggest that having an additional sibling could be a way to prevent childhood obesity.  But it did indicate families with an additional child may make lifestyle choices that could benefit both offspring, as well as the parents themselves.

Senior study author Dr. Julie Lumeng, a pediatrics and public health researcher at the University of Michigan and C.S. Mott Children’s Hospital in Ann Arbor, said, “Maybe families are more likely to take the kids to the park when there is a younger sibling, or maybe the child is less likely to be sedentary, watching TV, when there is a younger sibling to engage them in more active pretend play.”

Lumeng added, “It is possible that when there is a younger sibling in the family, a child might become more active – for example running around more with their toddler sibling.”

There are a large number of other factors that can lead to childhood obesity, and it was unclear what other influences may have played a part in the children in the research.  Additional studies will need to be completed to determine the causes and treatment regimens to prevent this troublesome problem for America’s kids.