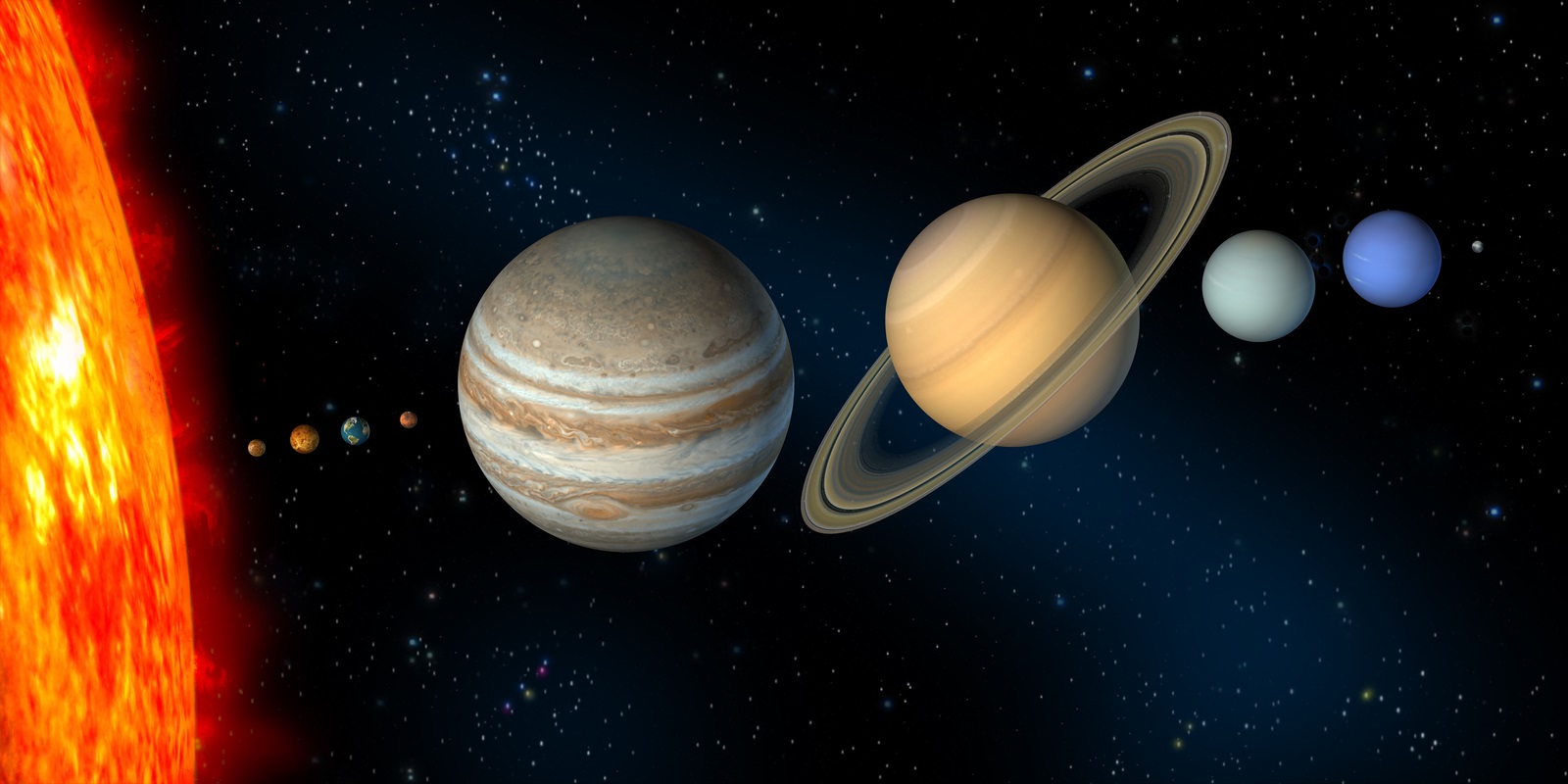 Although large - about 4,500 times the mass of Pluto and five to 10 times as large as Earth - the potential ninth planet is far enough away that detection is difficult, since it reflects very little sunlight.

In 2006, Pluto was downgraded from “planet” status to “dwarf planet,” leaving Earth’s solar system with only eight official planetary bodies. New evidence now suggests that there may be a ninth object beyond Pluto that fits the requirements of a planet, namely that it is large and has enough gravitational pull to create an orbit of its own. Astronomers at the California Institute of Technology think they may have found one.

A paper published today in The Astronomical Journal lays out the circumstantial evidence for the planet’s existence, even though it has actually not yet been seen. According to Dr. Michael E. Brown and Dr. Konstantin Batygin, both planetary astronomy professors at CIT, they have observed six small bodies that are circling something in a distant, highly elliptical orbit.

The striking features of these bodies is that their orbits all loop outward in the same quadrant of the solar system, and they are all tilted at the same angle. Dr. Batygin says that the odds of that happening by chance is about 1 in 14,000. They feel that a ninth planet might be what is herding the smaller bodies into these orbits. According to Brown, the planets are some of the “truly dominant bodies in the solar system” that are “pushing around everything else.”

Although large – about 4,500 times the mass of Pluto and five to 10 times as large as Earth – the potential ninth planet is far enough away that detection is difficult, since it reflects very little sunlight. Pluto is 4.6 billion miles from the sun at its most distant point. The new body would be about 20 billion miles away, and might be as much as 100 billion miles as its farthest point in orbit. The astronomers say it would take anywhere from 10,000 to 20,000 years for it to complete one full orbit around the sun.

Alessandro Morbidelli of the Cote d’Asur Observatory in France who is an expert in solar system dynamics is convinced. He said that the ninth planet could easily have originated from the core of a gas giant that dates back to the start of the solar system. A close pass to Jupiter could have flung it out, in the days when the sun was part of a dense cluster of stars whose gravity might have slowed the planet enough to prevent it from escaping the solar system.

Brown began searching for the planet a year ago, after initially setting out to prove that it did not exist, but the first hints of a planet hidden behind Pluto came a couple of years earlier. The Kuiper belt is a ring of icy debris beyond Neptune that extends outward from Neptune’s orbit to a bit less than twice the planet’s orbit, about 5 billion miles. Astronomers expected to find nothing but empty space beyond that.

Surprisingly, Brown and two of his colleagues found a 600-mile-wide icy world that was 8 billion miles out, well beyond the Kuiper belt. Dr. Brown named the object Sedna. No one has a good explanation for how it got there. Sedna is too far out to be flung by the big planets’ gravitational swings, and is too close to have been affected by the gravitational tides of the Milky Way.

Astronomers looking for more Sedna-like worlds found nothing, until Chadwick Trujillo, one of Brown’s colleagues, and Scott S. Sheppard, a Carnegie Institution for Science astronomer, reported a smaller object which became known as 2012 VP113. It was in a Sedna-type orbit beyond the Kuiper belt. Trujillo and Sheppard picked up several Kuiper belt objects that had similar orbital characteristics, which led them to the theory that a planet might be disturbing the orbits of the object.

Brown said that he and Batygin “sat down and beat our heads against the wall for the last two years,” focusing on the six objects noted to be in stable orbits, and ignoring objects recently flung out by Neptune that would eventually leave the solar system. He said that made the picture clearer.

After some experimentation, Batygin tried a simulation placing a planet among the six objects that was looping in the opposite direction from Sedna and the others. He says that gave “a beautiful match to the real data.”

However, Sheppard says that, despite the evidence, it is still a big unknown as to whether a ninth planet really exists. “Until we actually see it for real, it will always be questionable as to whether it exists,” he said.

Morbidelli feels confident that scientists will locate the elusive body. “We will find it one day,” he said. “The question is when.”