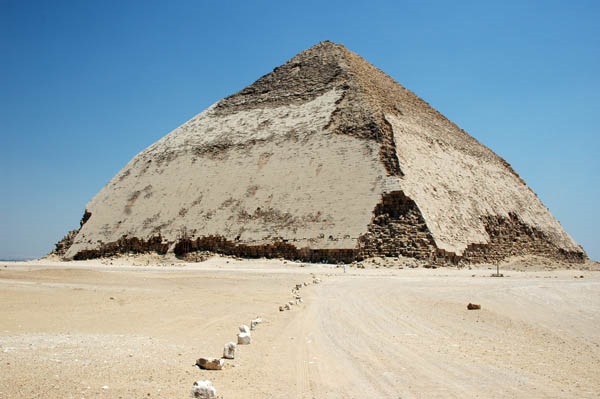 Researchers feel confident that upcoming tests on space particles could be the key to finding out more about the ancient Egyptian pyramids.

Particles from space collected from inside the Egyptian Bent Pyramid may soon provide clues as to how the 4,600-year-old wonder was constructed. Researchers will soon begin analyzing these cosmic particles, which were collected on plates planted inside the pyramid last month. The radiographic particles, known as muons, fall from earth’s atmosphere. They easily pass through empty spaces, but are deflected or absorbed by harder surfaces. By studying the accumulations of these space particles, scientists hope to learn more about the Pharoah Snefru’s construction of the pyramid.

The scientists will study the patterns of the particles. Hany Helal, vice-president of Heritage Innovation Preservation Institute which is conducting the study, says there is no single theory as to the pyramids’ construction that is 100 percent proven. All are hypotheses. With the new technology the team would like to “either confirm or change or upgrade or modify the hypotheses that we now have on how the pyramids were conducted.”

The Scan Pyramid project, which is expected to go on until the end of 2016, involves four ancient pyramids. The study will be conducted through the application of muon radiography imaging, 3D reconstruction and infrared thermography.

Thermal anomalies were also been found in the 4,500-year-old Khufu Pyramid in Giza, known as the Cheops pyramid. Canada’s Laval University’s Matthieu Klein said at a news conference in November that they found a “clear separation of temperature on the west face of the Red pyramid. The bottom is colder than the top.”

Researchers feel confident that upcoming tests on space particles could be the key to finding out more about the ancient Egyptian pyramids. Mehdi Tayoubi, who is president of the Heritage Innovation Preservation Institute, says that even if they find “one square meter void somewhere” it may “help solve the definitive questions.”

The Bent Pyramid is located in Dahshur, about 40 kilometers from Cairo. It is thought to be the ancient Egyptians first attempt at constructing a smooth-sided pyramid.